Since around April 2019, reports have emerged linking the significant drug shortages in England to Brexit. According to the Pharmaceutical Services Negotiating Committee (PSNC), which monitors and publishes lists of medicines in short supply, Brexit is making Britain seem a less attractive market. In contradiction, a Department of Health and Social Care (DHSC) spokesman has stated, although some supply issues with epilepsy drugs have arisen, the department and manufacturers are clear these are “completely unrelated to EU exit.” Such disputes between official bodies fuel confusion and fear concerning the future accessibility of essential medications, with concerns expressed by pro-remain parties augmenting the public’s anxiety.

On the 15th November, an internal 24-page document from the medicine supply team at DHSC was leaked to a small group of doctors. This document allegedly said verbatim “this information is confidential to the NHS, please do not upload to websites in the public domain”. Whilst perhaps defendable in the sense of preventing public panic, it does highlight an issue of transparency regarding important matters between the government and the public. The leaked document supposedly detailed that the shortages of many licensed medications may force the UK to start importing unlicensed medications. Patients on longer-term medications will be especially affected, different brands and forms of a drug often causing differing reactions; swapping is therefore not always simple and/or safe. A reliable supply of the same brand is important as, if not achieved, detrimental effects on patient outcomes arise. 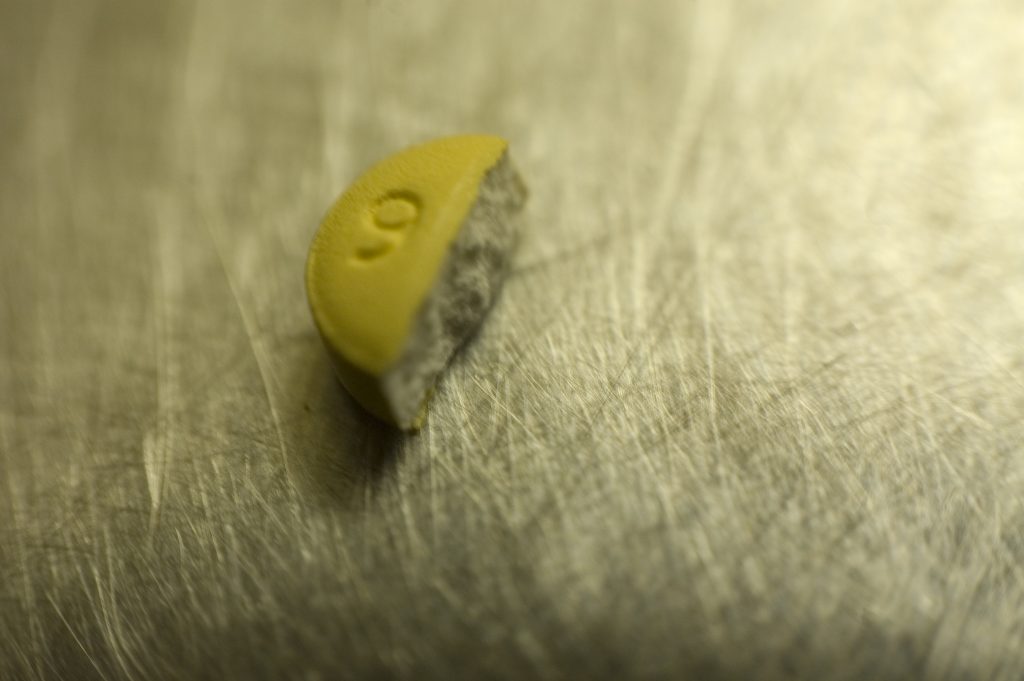 Image by Antti, available on Flickr under Creative Commons 2.0 license.

The leaked document outlined several drugs that were particularly affected, including Procyclidine, Relpax, Diamorphine and various dementia drugs. Procyclidine is used as a treatment for Parkinson’s disease and will be out of stock in the UK until March 2020, whereas Relpax is a migraine drug. The document advised breaking higher dose tablets in half as a form of rationing to deliver the required dose. However, no research into the effects of this practice exists. Due to the nature of dementia, patients are easily confused or upset by disturbances to their routine. The shortages will confer changes on the frequency and dose of their medications, potentially unsettling dementia patients. Other disruptions are also likely, such as drugs’ demand overtaking their supply. Indeed, according to the leak, there is “insufficient stock to cover full forecasted demand in both primary and secondary care” for diamorphine, an opioid painkiller often prescribed to cancer patients.

Although the NHS has experienced drug shortages in the past, the current situation is unprecedented in terms of its severity and expected duration. A London GP said, “previously we would have one or two or three drugs that would go offline for a while, but this is something on a different level. It is going to render the day-to-day treatments that doctors provide very difficult.”

GPs are often only made aware of the shortages once a patient returns from the pharmacy needing a prescription for an alternative drug form, as their original prescription wasn’t available. This adds to the already huge workload of GPs as well as delaying treatment of patients, with the document advising that some patients should be prioritised over others.

In August 2019, Sajid Javid, the chancellor of the exchequer, announced that £434 million would be put aside to stockpile drugs and prevent shortages in the event of a no-deal Brexit. In an official statement, the government said the funding would be used to “accelerate preparations at the border, support business readiness and ensure the supply of critical medicines”. In April, the PSNC said they are “confident that if everyone does what they need to do, the supply of medicines should be uninterrupted in the event of no deal.” However, the public needs greater transparency and increased communication from these official bodies about the steps being taken to prepare for Brexit-related drug shortages. The statements being made are too vague and are unsatisfactory to those most affected by the shortages.

Nevertheless, these shortages are not solely caused by Brexit; the way that big pharmaceutical companies behave is also significant. There have been reports of drugs shortages in developed countries globally, although to a lesser extent than in the UK. Some of the reasons for this include manufacturing and supply chains issues, as well as increases in global demand for medicines as more countries continue to develop. Fluctuations in the exchange rate also have an impact on supply.

Drug shortages currently faced by the UK are unparalleled in their severity and cause. How this information was made public, through an anonymous leak, merely highlights the deeper issue of transparency between the government and the public. Facts and plans of action from the government and the NHS are needed to dissuade uncertainty and panic, not vague, sweeping statements and perceived inaction.