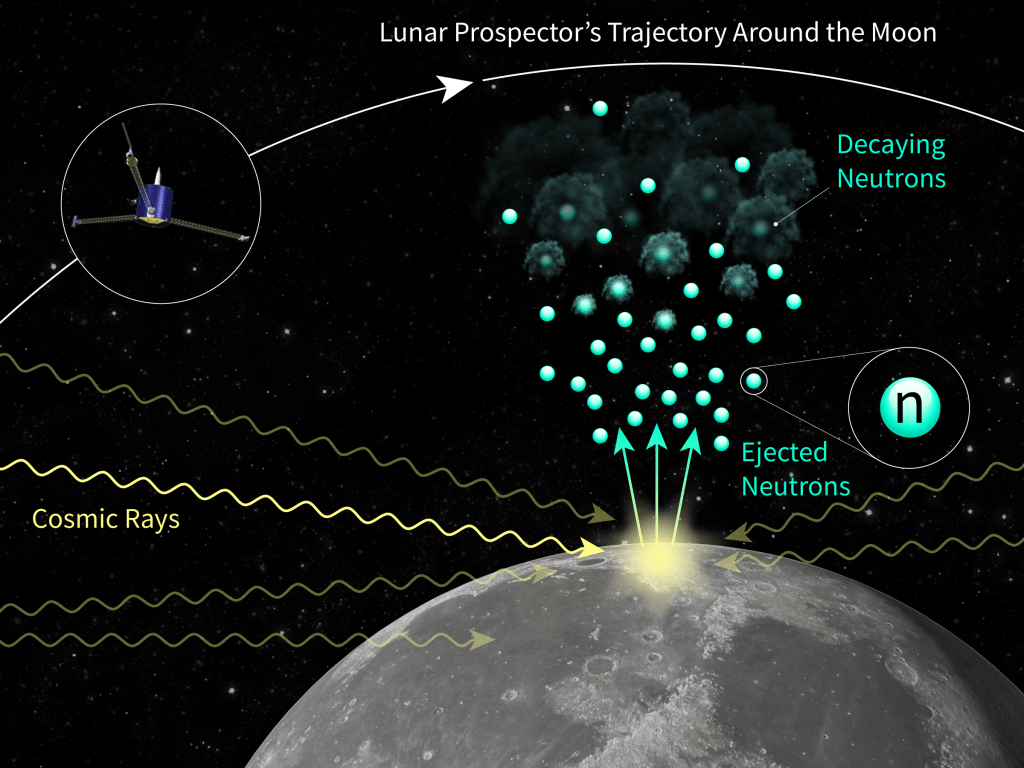 Scientists have refined their measurements of a particle that could be “key” to understanding the early universe.

Knowing the lifetimes of neutrons is crucial to understanding the formation of elements after the Big Bang 13.8 billion years ago. In 2020, a team of researchers led by the Johns Hopkins Applied Physics Laboratory (APL), including an academic from Durham University, became the first team to use spaced-based measurements to determine the lifespan of a neutron. The team has now used data from NASA’s 1998 Lunar Prospector mission to improve their calculations.

They estimate that neutrons are able to survive for 14 minutes 47 seconds with an uncertainty of 15 seconds. The study’s lead author, Dr Jack Wilson, said: “The neutron lifetime is key to answering several big questions in cosmology and particle physics.”

Neutron lifetime is the easiest and most direct way of measuring weak force, which governs certain types of radioactive decay. This includes the natural breakdown of lone neutrons into a proton, electron and anti-neutrino and it also kicks off the nuclear fusion reaction that powers the Sun and other stars.

The issue is that no-one can agree on how long a free neutron can last. Since the early 1990s, researchers have tried the ‘bottle’ method (trapping neutrons in a bottle to track how long they take to radioactively decay) and the ‘beam’ method (fires a beam of neutrons and scores the number of protons created by radioactive decay). When compared to the bottle method, the beam method says that the neutron lifetime is 9 seconds longer at 14 minutes and 48 seconds. No scientists can deduce what the suspected systematic error is in these methods.

The Durham and APL’s method relies on neutrons released into space by cosmic rays colliding with atoms on a planet’s surface or in its atmosphere. Scientists can estimate the neutron lifetime by collecting neutrons at various altitudes and comparing that data with a model of neutron production, transport and detection.

The data collected was from the NASA’s Messenger spacecraft, which were collected as it flew over Venus and Mercury – this showed a neutron lifetime of around 13 minutes. Due to systematic errors with this data, such as the short duration of the encounter, the team turned to Lunar Prospector neutron data that were collected during its first two days of operation in orbit around the Moon.

Dr Kegerreis added: “We know a lot more about the Moon compared to Venus and especially Mercury”. Therefore, since there is more knowledge about the Moon’s elemental composition, this new result is significantly more accurate and reliable.

Dr Kegerreis: “We’re delighted we were able to see an improvement on the results from last year by using the different data.

“A planned mission where measuring the neutron lifetime is a focus from the outset, amongst other things, would provide an even more accurate timespan of a neutron’s survival.”