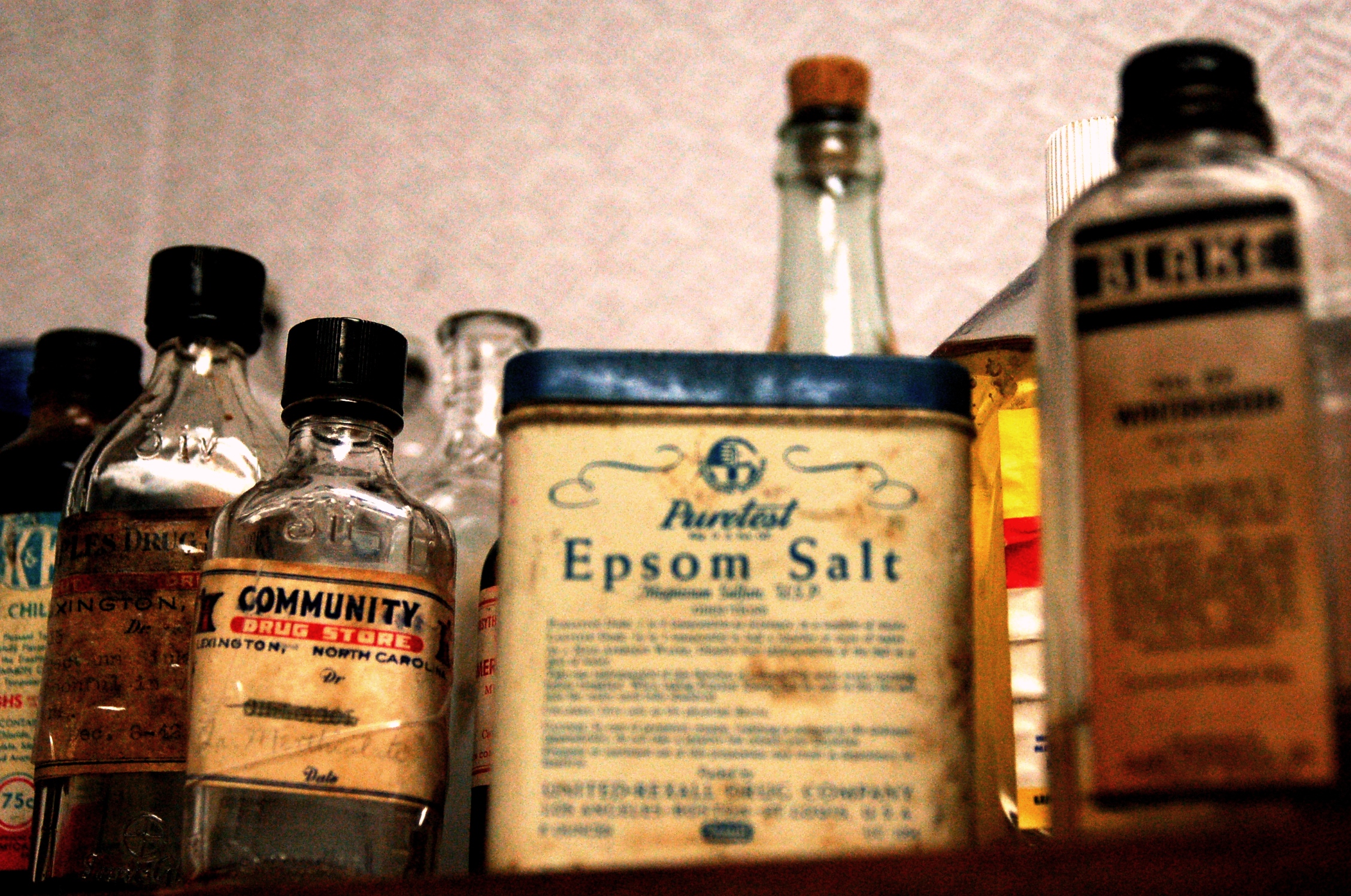 You can take Epsom salts to help with several ailments, but the taste isn’t very nice!

When it comes to food, we can be rather picky. Many young children hate not only the taste but also the sight of any green vegetables on their plate. Even when older we can still have a certain number of food items we can’t stand to eat, like anchovies or sprouts. With me, its onions! Even when my mother tried desperately to secretly disguise onions by having them thinly chopped up into a casserole, I could still detect them within the first mouthful. Have you ever considered that cows could be just as fussy?

Epsom town, in Surrey, is famous for its Epsom salts, which were first discovered during the drought that hit England in 1618. Henry Wicker, a farmer during this period of water shortage, was caring for his cattle on Epsom Common and, when one of the cows moved, he noticed a trickle of water appear from the imprint of its hoof. Henry dug deep into the area, and by the next morning, it was full of water. But, when he urged the cows to drink from it, they refused, no matter how thirsty they were. Intrigued, Henry tasted the water and noticed it had a bitter taste.

After further investigation, he realised that evaporation of the bitter tasting water yielded a salt. Later, this salt was found to be useful as a laxative, so Henry advertised the medicinal properties of the spring water throughout the country. In the next few decades people travelled countless miles to experience the purgative powers of Epsom spring water. Soon, the area around the well Henry had constructed swelled into a thriving enterprise with the establishment of businesses such as hotels, coffee houses and spas.

Epsom salt is created where the porous chalk from the North Downs meets the non-porous clay in London. The chemical name of Epsom salt is magnesium sulphate (MgSO4. 7H2O), just in case you were beginning to wonder how this whole story was relating to magnesium!

Epsom salts have countless other properties that were not discovered back in the early seventeenth century. Various celebrities claim that having a bath containing Epsom salts helps to reduce bloating and flatten their tummies. Primarily, bathing with Epsom salts helps to absorb magnesium, which is essential in regulating the activity of biological enzymes, into the body. Athletes also soak their muscles in Epsom salts after sustaining an injury, as the absorption of sulphates is believed to relieve the aches of muscle strain and even cases of rheumatoid arthritis. However, the most common uses of Epsom salts are for beauty purposes – aiding in the exfoliation of rough and dry skin or, when joined with conditioner, making hair more luscious and bouncy.

It’s not just humans that benefit from the properties of Epsom salts. Plants also do. By adding the salts to the soil, plants can take up magnesium. What use is this? Well, magnesium is central to chlorophyll molecules; the absorption of magnesium has beneficial outcomes to the plants core processes, thereby preventing stunted growth and helping with seed germination and fruit development.

So, what natural remedy should you take when you have knee pain? Mag-knee-sium! It’s an awful joke, I know.