I’m a Scientist, Get Me Out of Here! 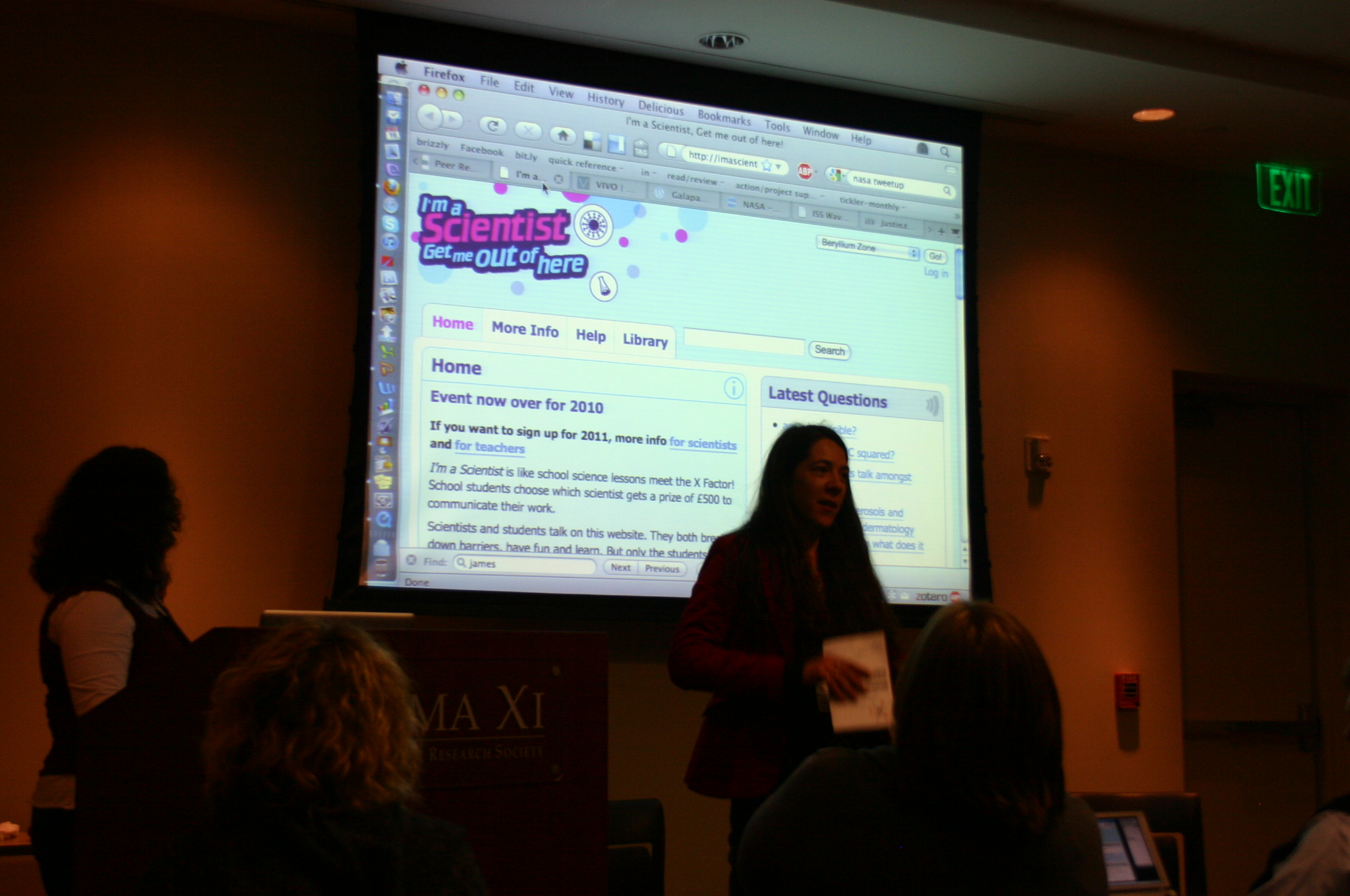 IAS events: helping to put the wonder back into science

These are just some of the questions that school students around the UK have been asking scientists over two weeks, in an event like no other.

I’m a Scientist, Get Me Out of Here (IAS) is a free, online X-factor-style competition, run by Gallomanor Communications and funded mainly by the Wellcome Trust. Participating schools are divided across several themed ‘zones,’ with five scientists in each. Throughout the event, students ask questions through the event’s website, chat to scientists in real time, and vote for their favourite scientist. Scientists are then evicted one by one to reveal the winner, who receives funding towards a science engagement event of their choice. The scientists are mainly PhD students, but entries from more experienced academics interested in public engagement are also welcome.

Since its inception in 2008, the tri-annual event has run on an ever-increasing scale, with sister events I’m an Engineer and I’m a Geoscientist being added in 2012 and 2014. During the March IAS event alone, 60 scientists and 3,353 students participated. I was lucky enough to be working as a moderator during the last two events – involved in reviewing the 3,196 questions asked in March alone – and I can speak for everyone in saying that science has rarely been more fun.

The atmosphere is very different to a classroom. A huge emphasis is placed on viewing the scientists as ordinary people, rather than appealing to stereotypes, and students are given a free reign to ask whatever they like, as long as it’s not offensive. Although this might invite a few seemingly silly questions (‘can you clone one direction?’), it encourages students not to be shy about what they really want to know, and sometimes, the silliest questions lead to the most thought-provoking answers. Their different outlook on the world commanded a fresh angle on familiar knowledge, and was a great leveller.

In fact, learning wasn’t just for the students. Scientists were often asked questions outside their field, but would be honest about having to research the answer and explain how they went about finding out. Sometimes, they would offer competing explanations based on different scenarios or theories. By showing that scientists don’t know everything, and that science isn’t about facts but reasoning, theory and probability, they made it far more accessible and appealing.

Despite the liberal approach, the event is far from a mere PR stunt with a vague whiff of science. The event was founded in support of a growing movement to advance the public understanding of science, which quickly recognised that this won’t be achieved by simply trying to teach the public more science. Instead, it became clear that there was a need for a two-way dialogue between science and society. This is exactly what IAS allows; scientists hone their skills in communicating the finer details of their work in a straightforward and accessible way, engaging the public and encouraging them to respond.

However, to make the most of this exchange, it is thought that an understanding of the scientific process is more important than an understanding of specific scientific facts. An awareness of how scientific consensus emerges, and an ability to critically examine evidence, allow people to develop informed opinions on present and future research, rather than being passive receivers of information which varies in quality. With this in mind, a recent spin-off event, IAS Live, featured a talk on how to spot bad science and sensationalist reporting, arguably an essential skill for students being bombarded with pseudoscientific study interventions such as Brain Gym. Spotting bad science can be incredibly funny, but it’s also one of the most important skills to impart, regardless of whether someone is considering a career in science.

On the flipside, IAS is an opportunity for the scientific community to witness how and what the next generation really think about science, rather than what they should know, based on the curriculum. We were often pleasantly surprised by students with a level of knowledge and insight beyond their years. Nonetheless, it was slightly bittersweet to moderate a live chat with a group of Sixth Form girls asking about the difficulties faced by women pursuing research careers in STEM subjects – whilst I was impressed by their aspiration, it was sad that they were already aware of the issue, and might feel discouraged from chasing their ideal careers.

Essentially, though, IAS is evidence that science doesn’t have to be boring, inaccessible, or hierarchical. It’s fresh, it’s creative, and it puts the passion and wonder back into science, which is so often lost to curriculum constraints and target grades or the pressure and daily grind of a PhD.