Huge unspoiled coral reef found off the coast of Tahiti 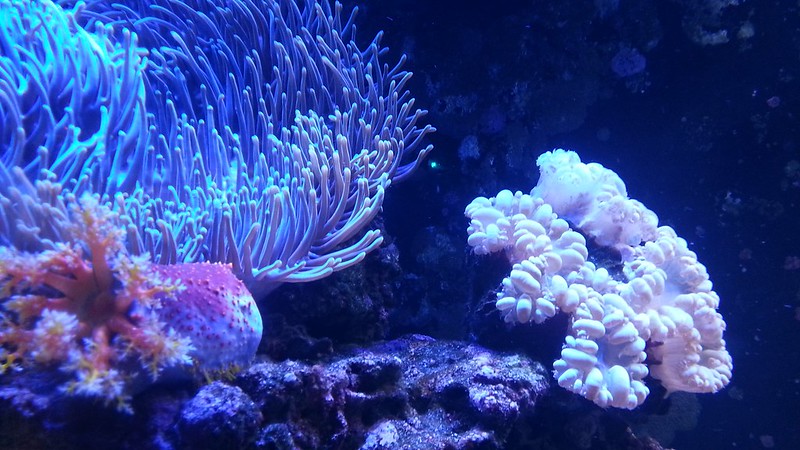 A massive coral reef structure has been found completely unaffected by the ‘coral bleaching’ that devastated nearby coral reefs in the same area. Scuba divers with the United Nations Educational, Scientific and Cultural Organisation (Unesco) were overwhelmed by the discovery and hope that it will lead to more unintentionally preserved ecosystems being uncovered.

The coral reef is around 3km long and between 30 and 65m across. It is very deep in the ocean, which is unusual for a coral reef. Pachyseris speciosa is the main type of coral found in this reef. Its characteristics include plate-like coral that forms rose-shaped colonies to make up a larger structure that can extend far into the distance. The usual depth for coral reefs found in Tahiti is 25m deep, where the sunlight can penetrate, but this coral reef was found lying between 31 to 55m below the surface. This explains why it has been kept in pristine condition, as it has not been subject to climate change effects such as coral bleaching.

Divers from the seafloor exploration project Ocean 1 first discovered the reef in November 2021. Alexis Rosenfeld, an underwater photographer and founder of the Ocean project, said that “It was like a work of art” and “It was magical to witness giant, beautiful roses which stretch for as far as the eye can see.”

This depth makes this reef part of the mesophotic zone, the part of the ocean that stretches from 30.5m to 149m deep. Corals and other life in this zone receive less light than the shallower layers of the ocean, therefore they have certain adaptations to increase their chances of survival. For instance, they develop a large surface area (wide and flat plates) to maximise light-absorption.

With the coral being in the upper part of the mesophotic zone, it is difficult for scientists to study and observe as it is too shallow for traditional scuba-diving techniques but too deep for more heavy machinery or remotely operated vehicles (ROVs). However, new advances in technology have allowed the mesophotic zone to be properly explorable for the first time. This new technology includes a collection of better underwater camera equipment, and using air that contains helium to negate hallucinations or decompression sickness that is likely to occur in these ocean depths.

A team from 1 Ocean took advantage of these new advancements to then conduct dives towards the reef totalling roughly 200 hours. This meant that they could spend time taking many useful photos and even witness the spawning of corals (an annual event where corals simultaneously reproduce to create an even larger mass of coral).

A quarter of all marine species live in coral reefs and they are one of the most at-risk ecosystems on Earth, with many threats posed to them:

Coral bleaching is the process of coral becoming white or discoloured due to changes in ocean temperature, light or nutrients. It is when the coral polyps (tiny little animals that can live individually or in colonies that comprise a coral reef) expel the algae that live inside their tissue when the coral turns white. Climate change can increase ocean temperatures and thus the rate of coral bleaching. Coral bleaching can be devastating and wipe out ecosystems as the surrounding wildlife can struggle to find food and survive.

It is possible to reverse this bleaching, as coral can regain its algae to then return to their vivid colours and survive but this takes decades to happen. Therefore, it is important to limit the frequency of these events occurring.

It is hoped that this new coral reef discovery will raise awareness of the need to protect and conserve coral reefs around the globe from both human intervention and threats from global warming.