Fairphone: more than the phone 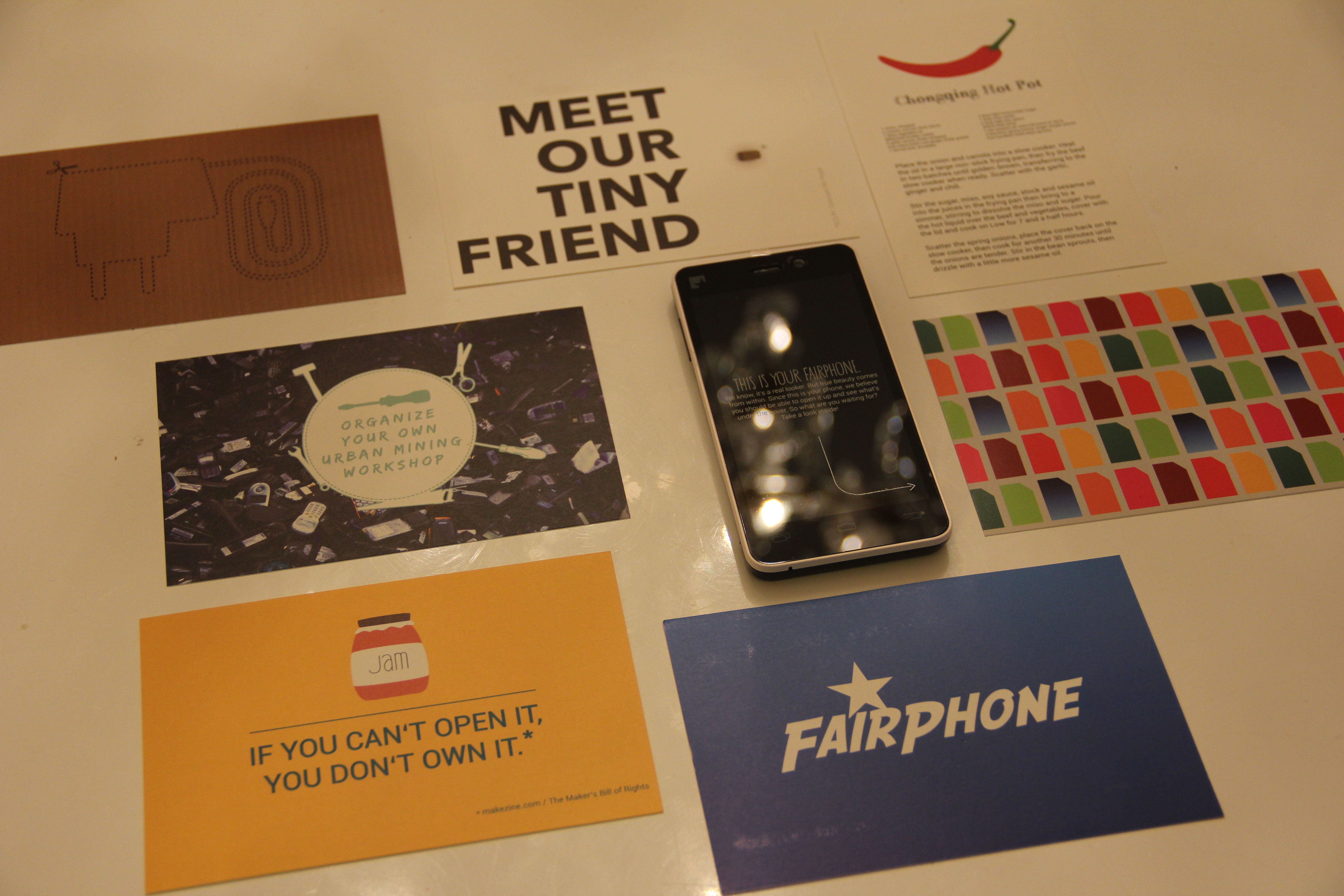 Technology that is fairer for all

It’s late January, and I’m expecting a package. The box is posted through my letter box and I quickly start opening it. The box says: “This Is Your Phone” on the front and on the back. “This Fairphone was conceived in the Netherlands. Engineered and assembled in China. Software partly developed in Portugal. Sourced worldwide, including conflict-free metals from DR Congo.”. My new phone has arrived. But Fairphone is more than just ‘the Fairphone’ or ‘Fairphone B.V.’, the Netherlands-based social enterprise behind the idea – it’s also the idea, the idea of ‘fair’ technology.

In this, the first of two articles, I will introduce the innovations behind the Fairphone – how the people at Fairphone have tried to make their process fair to consumers, suppliers and manufacturers, as well as what they’ve done in the wider world. Hopefully, by the end of this article, you’ll look into the social enterprise and the phone. Then, in the second article, I’ll give you a quick run-down of the Fairphone itself and let you know my honest opinion on how well it works.

Is fair technology just paying higher prices for technology so workers get a bit more? Well, no. It’s true that the Fairphone is probably of lower mid-range specifications and that I paid a higher mid-range price. But there’s more to it than just that. The Fairphone sources two of its elements, tin and tantalum, from conflict-free mines in the Democratic Republic (DR) of Congo. Conflict-free mines work with governments, and often charities, to prevent valuable resources ‘disappearing’ and ending up on the black market, where the profit goes to buy weaponry or support military groups. Due to international laws regarding the selling of products that contain war-funding metals, many major companies skip countries such as DR Congo and source their metals from countries such as Australia. By putting the time and effort into working with mines the Fairphone is attempting to help bolster DR Congo’s economy and build a momentum of using mine’s across the world once more.

As new models of Fairphone are developed further metals will be sourced from such conflict-free mines, helping to support the economy in such countries whilst trying as hard as possible to prevent war-funding. Is it perfect? No. There were a couple of cases were materials went missing from the Fairphone mines and a couple of suggestions of corruption… but the Fairphone group were honest about this and told all of their supporters. They aren’t going to change the world overnight but Fairphone are dedicated to transparency, so that we all know when they fail but, more importantly, how they deal with such failures.

So they support one or two mines – what else? The Fairphone group also put in some work to spread their ideas of ‘fair’ technology across the world in general. They’ve worked with another Dutch charity, Closing the Loop, to help create a strong electronic waste (e-waste) collection program in Ghana. The idea, which is addressed in full on their blog, helps the people of Ghana to make money, raises awareness of recycling, improves health and safety (the current e-waste system being individuals who burn the phones to extract valuable metals) and helps the environment. The hope is that Fairphone will be able to work within such systems to use re-gained metals in future models of the Fairphone.

So far, I’ve discussed Fairphone’s attempts to prevent military funding from phone production whilst supporting the DR Congo’s economy in the process and how their trying to develop safer e-waste systems that will support the economy in Ghana. Now to China, were the phone was assembled. The Fairphone group had to carefully select a factory for the phones to be produced in. They went to China as they wanted to make a difference, the same reason they found a tin mine in DR Congo and not Australia. They spoke to potential suppliers and manufacturers about how the factories could work with the Fairphone ideals. They’ve worked with another charity, TAOS in China, also hoping to make a difference: to improve workers lives. Rather than just assessing the product from the factory or the factory’s Code of Conduct, TAOS and Fairphone carried out a ‘social assessment’. They then worked with the factory to help improve things, simple things such as safety measures, clearer child labour policies and free lunch! Further, a small amount of money from each Fairphone sold will go into a Worker Welfare Fund, this will be matched by the management and this fund will be controlled by the workers in conversation with the management. The fund will be used for things that the company is not legally obliged to provide but that will improve the welfare of its work force, things like skill training or team building activities. Fairphone also insisted on certain standards for Fairphone production, primarily looking at working hours, such as workers not exceeding 60 hours a week and having at least one day a week off.

There are so many other ways that this phone, and other technologies like it, can impact the world directly and indirectly. If you want to know more then why not check out their website, especially their road map for the future of the Fairphone, or why not read my next article where I review the phone itself?