Fairphone as a phone 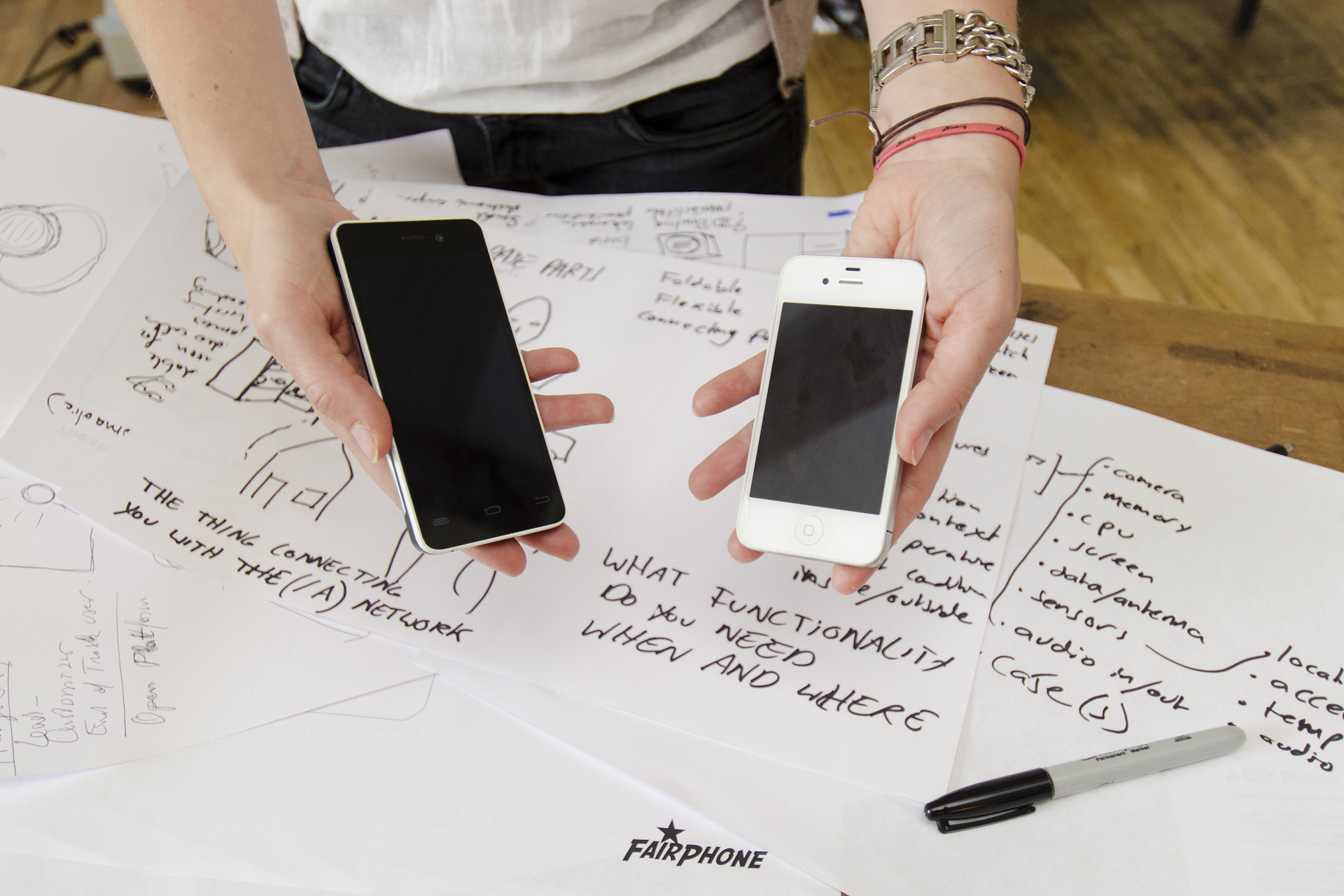 The technology is fair, but what is the phone like?

In I introduced the Fairphone, a phone and a social enterprise. Fairphone aims to change how technology is produced, hoping to encourage a similar movement in technology as there currently is in food, drink and cotton clothing. If you want to know more about them, check out their website. In this article I will quickly review my Fairphone First Edition, in case you want to get on the waiting list to buy one. Firstly, let’s talk about cost and overall value. On their blog, Fairphone have a cost breakdown so I won’t go into too much detail on this front. The Fairphone cost me about £268 (exc. delivery), not much less than the 16GB Google Nexus 5 released late last year (approx. £300). Of the £268, Fairphone think about £18 goes on ‘interventions’, including the schemes discussed in my last article. So in terms of the phone, what do you get for your money?

She’s Got the Look (Roxette)

I’ll be totally honest: the phone, while not unattractive, is not the sleekest looking phone. The white trim to the front face seems out of place and, on the back, a solid metal battery cover adds extra weight and in my opinion doesn’t add to the overall style. Either the white trim on the front or the metal battery cover has to go. The overall shape is pleasant to see and to hold, smooth with a slight angular nature. The biggest comment I’ve had when showing off my new phone is “it’s heavy isn’t it?!” and yes it is… I recently picked my old phone up for the first time in a month and there is such a difference in weight. It’s a fairly heavy phone in general; 170 g compared to the Nexus 5’s 130 g. Saying that, I enjoy the weight as I’m much more aware of which pocket my phone is in.

Vision first. The screen is 4.3″ and made of Asahi’s Dragontrail Glass, compared to the Nexus’s 5″ Gorilla Glass screen. The screen seems to be fairly resistant to scratches even through the occasional drop. The biggest down side with the screen: the resolution. The Google Nexus 5 boasts a 1920×1080 pixel display, the Fairphone only 960×540. In day-to-day life, this isn’t a noticeable problem and I rarely notice an issue with the resolution.

Making calls, receiving calls, sending texts and all the other basics you want a phone to do are all perfectly fine. I have no problems there at all. For some reason my Facebook contacts won’t integrate with my phone contacts – it’s annoying but I can live with it.

One of the interesting features of this phone is its two SIM card slots. The operating system has neat little features to deal with two SIMs as well. You can assign contacts to particular SIMs, i.e. if you’re an international student, you can assign your family to your international SIM and your university friends to your UK SIM. You can also set independent roaming & network rules for each SIM card. I think having dual SIM is a really nice feature, though one that I myself have no reason to use.

So far I have yet to mention the operating system (OS). Well, it’s Android Jelly Bean (4.2). The Android distribution was prepared by kwamecorp, a software design enterprise with a desire to help start-ups and other social enterprises. Although the OS is Android, there are a couple of interesting features which are unique to the Fairphone.

Instead of a few apps and the main menu option sitting at the bottom of your screen, the Fairphone OS has an ‘Edge Swipe’ menu – drag your finger in from the left or right edge and you’ll get four of your favourite apps and a link to the main menu. There’s also a Fairphone OS-specific widget to show your last used and most used apps on one home screen, but personally I don’t use this much.

An attractive and functional feature is that the lock screen changes colour with battery level. The silly aspect of this is that you can’t change when it considers the battery low (default of 50%) and the colour change is just green to red. It would be nice to think that in a future update they use a full gradient of colour and make the ‘low’ level adjustable.

Finally, all Fairphones come with the ‘Peace of Mind’ app. This app is essentially a timer, drag the countdown to anywhere between one minute and three hours and your phone will leave you in peace ‘til the timer reaches zero. It’s a really nice tool, similar to Samsung’s blocking feature (but more reliable in my experience). I’ve used it for meetings, lectures or just because I didn’t want to talk to anybody for a while. With a really simple interface I appreciate the Peace of Mind app and use it fairly regularly.

One fantastic feature about the Fairphone is that it came junk free. Most smartphones nowadays come with all Google’s (or Apple’s) products pre-installed and half a dozen applications. Fairphone OS came with eight (exc. messaging, phone calls and settings)! You also have full root access, which gives you full control over what’s on the phone and what it does.

I would like the phone to be updated to Android 4.4 and I believe it’s in the pipeline, but overall the system works quickly, smoothly and without hiccups.

People Take Pictures of Each Other (The Kinks)

The main camera is an 8 megapixel system with image stabilisation and the front facing camera is a 1.3 megapixel; this is identical to the Nexus 5 set-up. The cameras seem of equal quality to most other phones I’ve owned or played with. I find the resultant images are fairly crisp and the auto-focus and other features work well.

A Day in the Life (The Beatles)

Having full control of apps on my phone, removing battery wasting features and setting the auto on and off feature allows me to have a battery that lasts me two days plus of regular use.

The more I use the Fairphone the happier I am. The phone works perfectly well, the battery lasts a long time and the phone is responsive and quick. Not only does it work well as a phone, I know that effort went into its production to improve people’s lot across the globe, and that’s no bad thing.