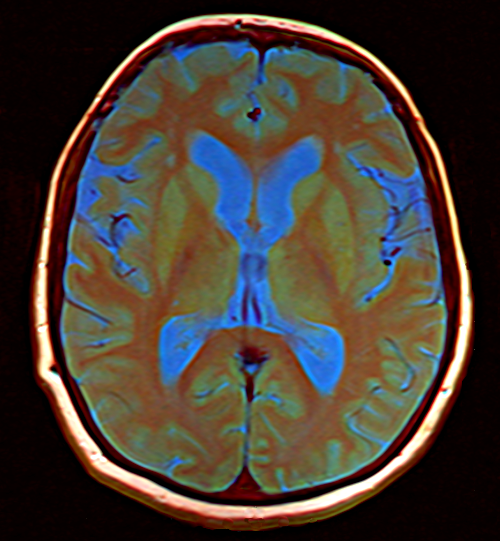 Treatment for mental disorders caused by distressing episodes in your life, like post-traumatic stress disorder (PTSD) and perhaps depression, have been tough to treat and tougher to cure. “Most people with posttraumatic stress disorder repeatedly re-live the trauma in the form of nightmares and disturbing recollections during the day. The nightmares or recollections may come and go, and a person may be free of them for weeks at a time, and then experience them daily for no particular reason.”(PTSD)

Manipulating memory may be one therapy that could work in the future, but only with a more complete understanding of brain chemistry and perhaps, its quantum base. Of course, we are in our infancy in understanding how the brain works in humans, so the first experiments must be done with animals.

A recent finding reported in scientific media (ScienceDaily, for one) involved manipulating memory with light. In this case, scientists trained mice to elicit negative memories and then erased them. Rodents are used as models in medical testing because their genetic, biological and behavior characteristics closely resemble those of humans. In fact, many symptoms of human conditions can be replicated in mice and rats.

Researchers at the UC Davis Center for Neuroscience and Department of Psychology used light to erase specific memories in mice and confirmed a basic theory of how different parts of the brain work together to retrieve episodic memories.

The theory, according to Davis researcher, Brian Wiltgen, “is that learning involves processing in the cortex, and the hippocampus reproduces this pattern of activity during retrieval, allowing you to re-experience the event.” Further confirmation comes from the finding that damage to the hippocampus area may lead to loss of a lifetime of memories.

Utilising optogenetics, instead of crude, random EM pulses that are thought to improve or repair brain function, one can pinpoint specific brain cells, neurons, for light treatment: for example, activate them or turn them off. Brain cells don’t normally respond to light, but a light-sensitive protein in pond algae can be utilised to activate neurons with light. A piece of DNA can be put in neurons associated with a negative memory making it blue-light sensitive for activation. Another DNA sequence can be used, one sensitive to orange light, that can turn off that memory. Videos and descriptions from studies by MIT neuroscientists help to put the process into laypeople terms.

Described simply, the procedure using mice as subjects goes something like this:

1. Utilising a fiber optic strand, locate a particular memory in the brain and associate fear with it. For example, a mouse in a box is shocked resulting in fear and thus it displays a frozen state. The memory is located in a specific neuron in the hippocampus.

2. A light-sensitive piece of pond algae DNA is introduced in that specific neuron through a virus. The implanted DNA reacts to a blue light which activates the memory, causing a tiny voltage charge.

3. Another light-sensitive pond algae DNA is introduced. An orange light deactivates the memory in the same fashion.

4. The mouse is cured of its fear and ambles naturally in the box.

For humans, using Magnetoencephalography (MEG), which measures magnetic fields in the brain’s neurons, researchers noted comparative differences between signals in the temporal cortex and parieto-occipital right hemisphere of the brain for those with PTSD.

Keep in mind; we are talking about a few cells out of 71 million cells in the mouse’s brain. Contrast that with 100 billion in the human brain. For mice, one cell, most likely in the hippocampus can hold a temporary memory, but permanent memory is stored with connections in the cortex when brain cells reorganise and connections are strengthened.

On the average, each cell of the human body contains about 1014 atoms, so if you are speaking of a cell, there are that many atoms involved, fewer with the mouse. Then differentiate those atoms to some 25 different elements. So tracking the quantum connection is like a supercomputer effort, operating in an indistinct medium.

We know that atoms react to light, rearranging electrons as they absorb the photon energy. In their bonded state in the cell, electrical impulses in the brain move quite rapidly. The study of quantum functions is aided by mathematical atomic orbital modeling that feeds into molecular orbital functions, usually constructed from a superposition of atomic orbitals constituting the atoms in the molecule. Scientists look at brain function at the cell level, which we know is a collection of pertinent molecules, of which the cell consists of trillions of bonded atoms, but often in transient states.

Born out of studies on navigational capabilities of animals, including birds, advances in quantum knowledge, and subsequent experimental studies, we have gained quantum-based answers. Such research has tended to disassemble the classical into the quantum, in this case for animals.

Rather extensive studies have been done to determine how the European robin navigates from North to South and back each year. A British scientist, Jim Al-Khalili, for one, determined that they used a light-activated built-in compass. Special optical cells, containing a protein call cryptochrome, is activated by photons, giving electrons existing in a state of quantum entanglement an energy boost. Separated, each entangled electron’s spin differs in reaction, producing dissimilar chemical reactions, chemically inducing in the bird’s brain a true sense of North or South. Supporting a quantum explanation, scientists have projected weak magnetic fields, which interfered with the robin’s sense of direction. This field was so weak that researchers concluded that it could only have influenced a quantum-sensitive system.

At the cell level, quantum reactions of electrons can be detected, though indirectly. Without a real Planck-level probe, perhaps, we can assume that a quantum mechanical potential in the brain resides within ion channels through the neuronal cell membrane, where charged molecules (ions), typically sodium, potassium, calcium and chlorine, move at up to a rate of a hundred million per second.

Like photosynthesis in plants, which transfers energy at almost a 100% efficiency, such rapid but selective movement requires a quantum coherence. In other words, ion pulses serially traversing channels one-billionth of a meter long and half that wide won’t achieve the speed we see. That selective speed is attained through quantum tricks: superposition, entanglement, and tunneling (as does the Sun’s fusion process), for example. Traveling all avenues at once, defying particle barriers, and complementing the action of an entangled particle brother, perhaps all are quantum avenues for ion movement, with bonded atomic components being harmonic-like participants.

The complexity and speed of neuronal surges for any treatment, including that of PTSD, require the quantum. Our current strategies of treatment of maladies are akin to the resolution of a shotgun blast. Anything that can invite precision in treatment is sorely needed. With this is mind, the ultimate in quantum biology studies is replacing oft-prescribed drugs, which due to incomplete understanding of interconnected human functions, sloppily produce unintended side effects, something rather ludicrously noted by litanies recited in multitudinous Pharma commercials.

So that is the point. Scientists identify the memories causing PTSD and their neural location, and with great precision, erase them using optogenetics.

I know, it sounds simple. You are dealing with only one problem plaguing humans. But it does provide glimmers of hope for the future, while peeking into the quantum world.