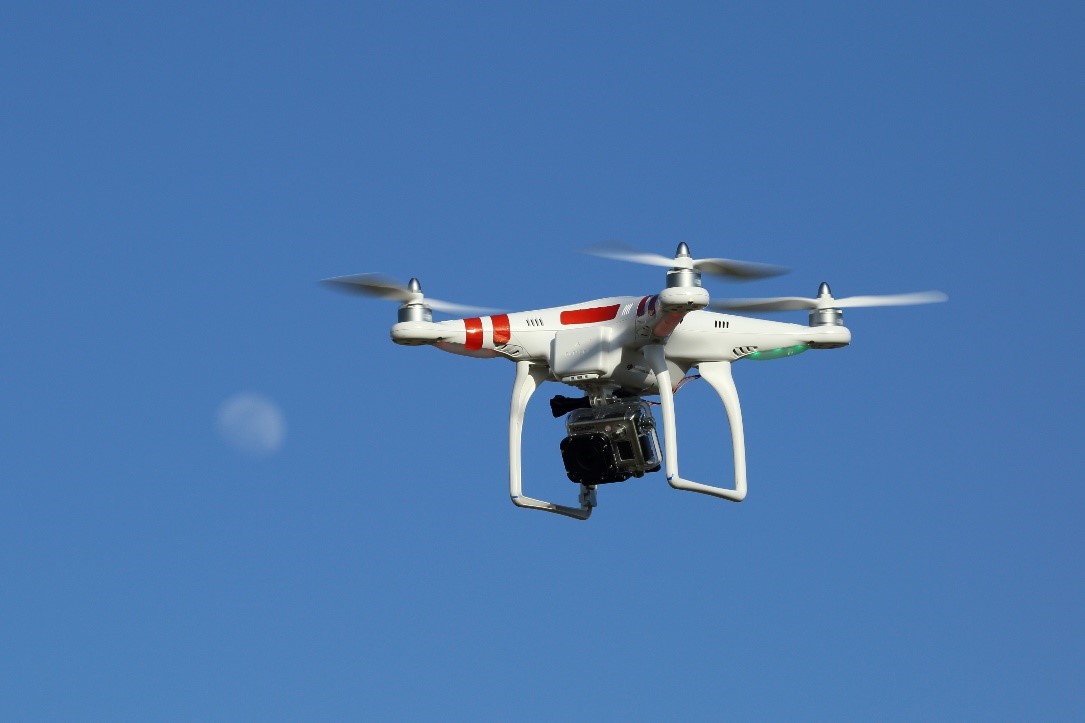 In the last few years the world has seen drones go from Science-Fiction to Science, fact. Technology has progressed sufficiently such that these machines are no longer limited to specialists and the military, but can be bought by ordinary people like you and me. This has opened up incredible opportunities for photographers and vloggers in particular, because lightweight cameras can be attached to these devices producing truly breath-taking footage. However, not everyone is a fan so I thought it was high time to look into it myself. But before diving straight into the uses and abuses, I thought it would be fun to take a look at the tech; what’s out there, when did it all start and what even is a drone?

In terms of commercially available drones, a quick search on Google Shopping returns a healthy yield of products in all shapes and sizes. The cheapest camera-wielding drone came in at £29.74 and entry level averaging at about £50. Pretty cheap right? So what about the 28 million US military drones we hear about in the News, famously used to monitor Osama Bin-laden in Pakistan? Well drone is generally defined as unmanned aerial vehicle or small unmanned aircraft system (SUAS) to the civil aviation authority (CAA). So essentially they are any flying, remote-controlled robot type things – pretty damn cool! One example is the quadcopter-style drone ‘AirDog’ which not only sports a GoPro camera but autonomously follows and films the user. AirDog can fly at up to 43 mph, tracking the signal from a wristwatch controller attached to the surfer, climber, quadbiker or whichever crazy fool happens to be using it. Filming appears to be the most popular use of these sorts of drone; you may have even noticed parts of the Josephine Butler Fresher’s video was filmed this way. I think this might have been because no human cameraman could be bothered to walk there but the shots were extraordinary nonetheless.

So why has drone use kicked off now? The reasons are twofold: 1) Reduced cost and 2) Technological advancement. The old NiCad and NiMH batteries were just too heavy to use in the popular hovering drones because their weight must be supported almost directly by downward thrust. New lithium polymer batteries are smaller with better energy densities, circumventing this issue. Likewise, availability of small high torque (direct-drive) permanent magnet brushless motors has improved viability of cheap hover drones. A number of these types of incremental advances has led us to the stage where it is possible to produce drones in an economically viable manner.

You would be hard pressed to miss the drone debate in the News and it is apparent that there is real, world-wide concern regarding their misuse. A lot of this can be put down to nuisance use by amateurs, for example, a Serbia vs Albania football match was recently interrupted when a drone carrying a flag flew into the stadium. However, serious accidents do happen; last July a woman was knocked out as a drone filming a gay pride event fell on her. Even more worrying than accidents is the potential for malicious use by individuals or terrorist organisations. Notably, there was an incident back in April 2015 where a man named Yasuo Yamamoto landed a drone carrying radioactive material on the roof of the Japanese Prime Minister’s office. This was a harmless amount of radiation and turned out to be part of a protest against nuclear power but it raises obvious concerns. Hence it is clear that safe guards and regulation are needed but what is being done?

Fortunately in the UK we are catching up with this drone revolution and the House of Lords recently made several recommendations for drone use, including a call for a register of users and use of geo-fencing technology to limit flights over sensitive areas e.g. prisons. Interestingly, another one of their recommendations was to create guidance for Police whom, on a number of occasions, have been shown to be unsure of the laws themselves. Astonishingly, Merseyside Police were warned by the CAA about using drones without the appropriate license. They later accidently crashed said £13,000- piece of equipment into the River Mersey. Perhaps such a first class fail would have been avoided if they had followed CAA’s ‘Drone code’ and received their training. That said, regulation and training is all well and good but it does not greatly impact on malicious use, rather accidental blunders.

Pertinently, last week Tokyo police unveiled their own net-wielding drone, designed to police the city’s sky. Similarly in the UK, the Anti-UAV Defence System (Auds) went on the market last month and is capable of ‘freezing’ drones in the sky using radio jamming technology. Finally, the industry itself is rapidly improving the safety of it’s products with some companies installing software which forces the drone to return home and land when the battery becomes low thus avoiding falls out of the sky.

So with the right counter measures and regulation I do not believe drones are significantly more dangerous than previous technological advances such as cars or nuclear energy. Indeed, they have already been used in airport security, to patrol Australian beaches for sharks and even to plant trees in reforesting projects. In addition to these admirable but arguably niche uses, there is growing excitement for drone delivery services. Amazon recently received permission to test its parcel delivery drone in the US. For those of us who spent our last years of primary school waiting on owl post, I feel drone post may be some substitute.

The list of ways drones could be used change the way we live is only limited by our imagination. The House of Lords report an estimated 150,000 European jobs could be made by 2050 and is keen for the UK to become a global leader in this blossoming industry. Although undoubtedly there will one day be an incident, I feel that the advantages outweigh the dangers and cannot wait to see the drone revolution take off.