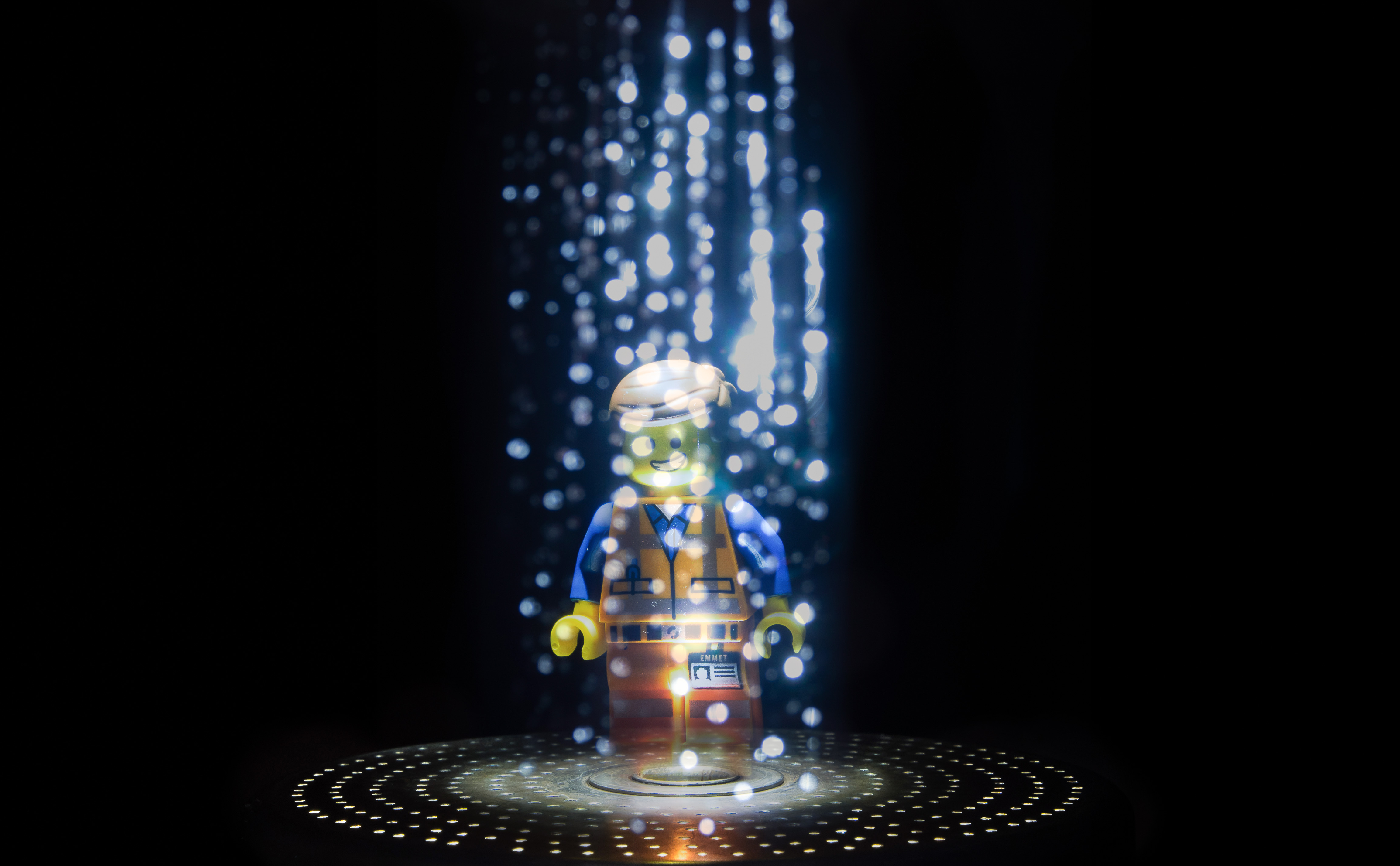 Can transporters and teleporters ever be tangible for physicists?

In the movie Interstellar, which should have been called Intergalactic, astronauts traversed galaxies, almost instantaneously leaping millions of light years through a worm-hole near Jupiter. In the script, this worm-hole operation was quickly forgotten as astronauts communicated with Earth, this communication depicted as instantaneous. Even if this transmittal moved through the worm-hole, several hours would have passed before responses could be passed back and forth.

I know. Movies have to take license for the viewers, but what if they didn’t need to?

Is faster-than-light travel or communication possible, at least sometime in the future? If we had the knowledge of a Type II or III Civilization, would we enjoy superluminal travel? Most scientists tend to discredit any superluminal proposal, including the “flunky” who suggests it. In fact, the editor of Astronomy Magazine goes out of his way to debunk such out-of-the-orthodox thinking while mocking those who propose it.

Any speculation about reaching objects viewed light years away – at least in months or years – is labelled as whimsy. But how can we look back in time hundreds, thousands, even billions of years to see other parts of the universe, but never be able to physically reach them? Are they part of a cosmic joke or are they real, never to be reached.

Does it remind you of tantalizing games for babies just learning to crawl, putting toys just beyond their grasp to teach them to crawl, hoping they’ll develop the means to reach them? Are we the babies in this cosmic game? Or how about the laser beam on the wall for your cat to pursue, but like a god you keep moving the beam of light. Are we actually the pets?

We know that many of the objects we see with our advanced telescopes are relics of the past and, perhaps don’t currently exist, or exist in totally different forms: stars actually gone supernova or eaten by black holes, or totally dispersed stellar debris are just a few examples.

Our tools of perception have extended within the constraints of the EM spectrum (gamma rays to beyond radio waves), but seeing over the wall of our knowledge, are there other spectrums? In the continuum we know, Einstein’s Special Relativity explains the behaviour of electric and magnetic fields. It describes the propagation of matter and light at high speeds, saying that no wave or particle may travel at a speed greater than the speed of light, c.

But is there another gamut of time and space that we have totally missed, being wedded to the Standard Model of a Type 0 Civilization? Certainly there are many futuristic proposals for superluminal travel or communication, worm holes we have already mentioned. Star Trek episodes have also immersed us in the warp drive realm.

Actually, if using quantum-world techniques, couldn’t we have instantaneous transit? Our Standard Model seems to satisfactorily explain the physical world, that is, if you exclude gravity, dark energy, dark matter, black holes and such. Quantum mechanical (QM) solutions reduce to classical solutions on a large enough scale but QM is usually unrecognizable in our larger world. The standard model, for example, has not explained the 100% efficiency of photosynthesis, involving the actions of atoms in plants reaching that much efficiency in converting the Sun’s light into chemical energy.

Superposition, a principle of quantum theory, does explain efficiency of photosynthesis in the wavelike behaviour of plant molecules, coursing in all directions through plant systems. The right cellular vibrations brings decoherence and the required chemical conversions. The quantum level explains the dynamic mysteries of the process we call photosynthesis in our macro world.

Thus, our perspective was built for a macro world but a world made of atoms, which our instruments can nebulously perceive. No standard model explains objects beyond just atoms, things we can’t see but know are there: dark matter and dark energy, for example. And for that matter (no pun intended), we can’t see the sub-atomic, but we can speculate about such objects with the aid of super-collider experiments.

Can the unknown spectrum be deliberately and consciously constructed from quantum pieces, quantum entangled particles, for instance. Quantum entanglement involves two particles being entangled but in a state of coherence – or a state of superposition. The two particles can be separated in distance by galaxies, but in superposition they can occupy all positions at once. As soon as decoherence occurs, when one is observed or measured, the other instantaneously occupies a complementary state.

Can we go beyond the Star Trek transporter (a fictional teleportation machine)? Still manoeuvring in a macro world, but understanding the essentials of the atom and its constituent parts, we must convert a person or object into an energy pattern (called dematerialization) then reconvert it into matter at another location, perhaps galaxies far away, not even possible in Star Trek.

As a type 0 civilization, we now have no prescription for such a capability, perhaps only some unformulated evidence that it can be done. The proven principle of quantum entanglement is scant and imprecise evidence that the quantum world does not follow the same rules of a standard model that can only explain the quantum world, but not in the same context as the macro world that we live and breathe in. We cannot move a classical body to distant galaxies in a lifetime but doesn’t entanglement give us some indication that perhaps instantaneous travel can be done?

Though we are beginning to understand how superposition is controlled in the highly efficient process of photosynthesis, how do you control the seven octillion atoms the average human body contains, converting them into pure energy and reconstituting them back to matter in another location? Can we utilize the quantum entanglement principle to do this?

Presently we do not know. Accordingly we should not present the Standard Model as though it’s a sacred religion which defines the constraints of our actions based on some prescribed human-made belief, a belief based on what we might call mythology in another thousand years.

Does quantum entanglement provide some kind of “spooky” clue to a capability that can be assembled and repeated in our macro world? I don’t know, but I wouldn’t rebuke even the possibility nor demonize one who proposes it.

Scientists already know that decoherence transitions the quantum into a classical state. They also found that measurement doesn’t always destroy coherence (superposition) and the quantum state. The direction of the atom’s spin impacts that.

Thus using electric fields and lasers, researchers found they could herd ions into separate pairs and then entangle their motion. With these and other promising studies, some physicists believe that faster-than-light communications might be possible with some clever manipulation of entangled particles.

Sometime in the distant future, perhaps that could also apply to humans.