Debunking the Myths about T-rex 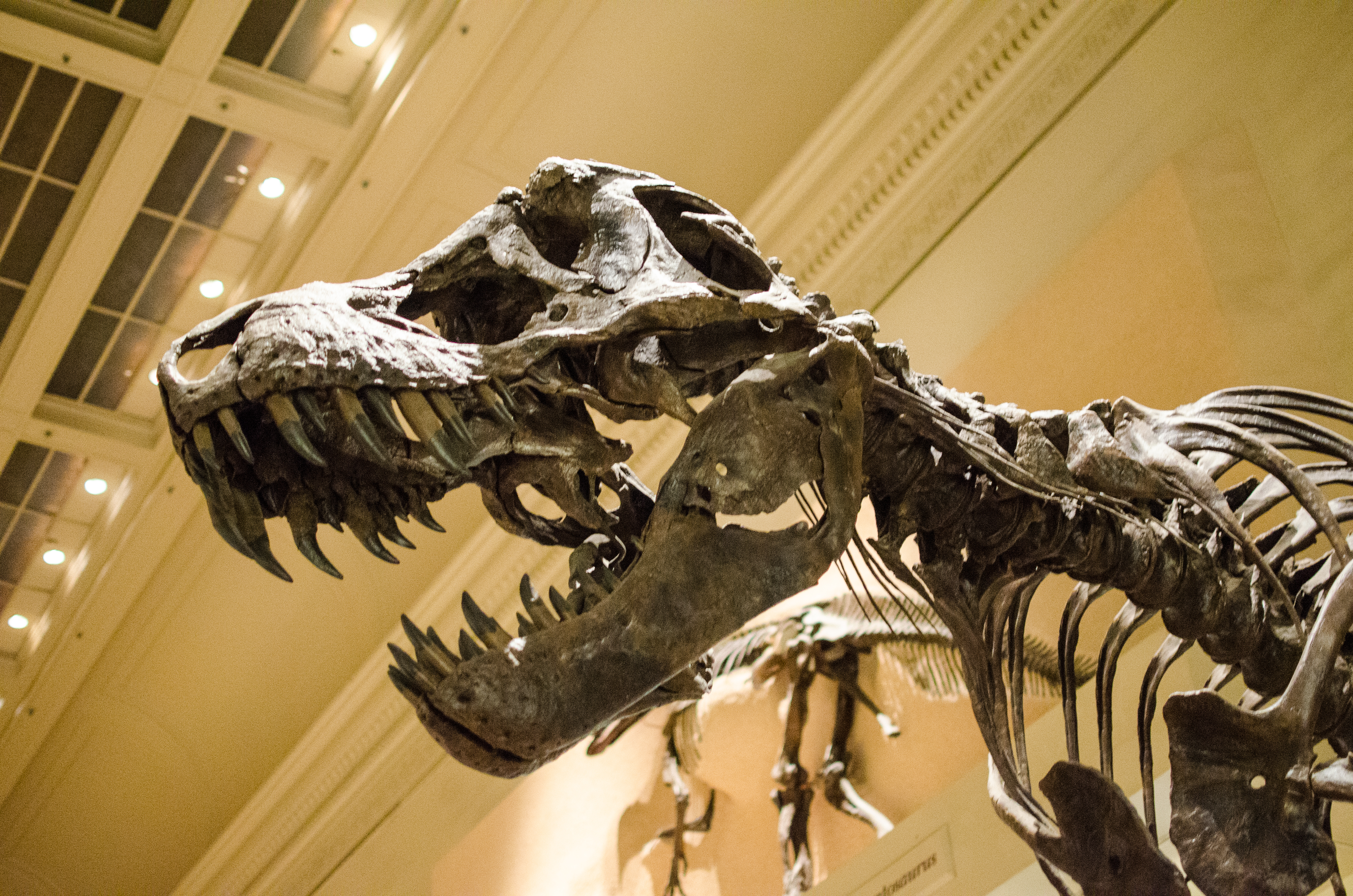 There are many myths surrounding the famous T-rex.

Depicted as a nightmarish monster, Tyrannosaurus rex is almost everyone’s favourite dinosaur. With a name that means tyrant-lizard king, T-rex has always been sensationalised whether in the news due to the latest discovery or on the big screen eating minor characters in Hollywood blockbusters. Although it might be the most famous dinosaur, there has been so much previous research disproved and inaccurate representations created, that few people know the up to date facts on this great carnivore. This article will clear up many of the misconceptions that everyday people believe about the great T-rex.

If you are dinosaur-savvy, you’ll already know this isn’t true and that many carnivorous dinosaurs are known to have been equal to or greater in size than T-rex. It was originally thought that T-rex was a culmination of the linear evolution of all carnivorous dinosaurs and was therefore the largest and the most dangerous, having evolved near the end of the dinosaur’s reign at 68 million years ago. In fact, many of the giant killers that are bigger than T-rex preceded the ‘Kings’ evolution by tens of millions of years. Carcharodontosaurus evolved and became extinct long before T-rex arrived (between 100–93 million years ago) and reached lengths of 12–13m when even the current largest T-rex specimen only just topped 12m in length. The largest carnivorous dinosaur, and incidentally the largest land predator ever, was Spinosaurus, which lived between 112–97 million years ago in Northern Africa. Estimates made in 2014 have placed Spinosaurus’ length at 15m, much greater than T-rex, and whilst they were primarily fish-eaters they were also opportunistic hunters, so fed on multiple types of prey. Unfortunately, T-rex was only the ‘King’ for the last 3 million years of almost 200 million years of the dinosaurs’ time on Earth.

Sorry Hollywood, but even if this was true the T-rex would have smelt Dr Alan Park and would have eaten him along with the expendable lawyer. It’s difficult to estimate the acuity of any dinosaurs’ senses because of the lack of preserved soft tissue. Palaeontologists generally use the size of the brain casings to estimate the amount of processing power assigned to each sense and compare it with modern descendants of dinosaurs; namely, the birds. In addition, T-rex had forward facing eyes in a narrow skull for better overlap and depth perception when spotting and stalking prey. Estimates place T-rex’s vision as being at least comparable, if not better, than that of a modern hawk. I’m afraid the cute children in Jurassic Park wouldn’t really have stood a chance.

This is in fact a relatively old estimate and has been greatly improved upon as computer models of the potential movement of T-rex have become more sophisticated and more data has been gathered with which to generate them. The current estimates lie between 12mph to 18mph with the range in speed depending on whether you believe T-rex could actually run or would be restricted to a sort of ‘power walk’. T-rex could have been restricted to its fast walk due to many reasons including its sheer size, its high centre of gravity due to its massive head, or the simple fact that its prey was even slower. If T-rex was limited to 12mph even I, with my terrible fitness, could have outrun it, but if the ‘King’ could run only sprinters like Usain Bolt would be able to outpace it.

Much of the Media would have you believe that this is still an ongoing debate, but it has unequivocally been put to rest. The debate rested on the fact that there was no direct evidence of predation on carcasses fed upon by T-rex, so that one school of thought was that T-rex may have been an exceptionally large scavenger. However, the required evidence has been found to consolidate T-rex as a predator with the embedding of a T-rex’s tooth within the vertebrae in the tail of a herbivorous duck-billed hadrosaur. This in itself would not be that remarkable as teeth have often been found in carcasses fed upon by T-rex. The reason this skeleton is so important is that the tooth, which became wedged in the spine of an animal, had bone surrounding the embedded tooth, which could only have grown if the animal survived the attack. Also, it is unlikely that T-rex would choose to eat the tail, so is in fact more evidence that T-rex chased and hunted down its kills, even if in this instance the prey animal survived. This evidence has earned T-rex the classification of being an opportunistic hunter in a similar way to modern predators in that it would have hunted its own prey, but would have eaten carrion if it were available.

It’s a nice idea, that instead of being green and scaly, T-rex actually looked like a giant angry chicken, but there’s not much direct evidence either way in this debate. So far, no skin from a T-rex has been discovered, so it is difficult to theorise as to the appearance of the great carnivore other than using comparisons to its close relatives. China is currently booming with new dinosaur finds including numerous species with fine feathers delicately preserved. A relative of the T-rex, the Yutyrannus huali, was discovered to be covered in fine proto-feathers or filamentous feathers that are the less evolved versions of modern bird feathers. Whilst its close cousin may have had some downy fluff, it’s still uncertain whether T-rex would have had any kind of feathers. Some palaeontologists suggest that T-rex juveniles may have had feathers for insulation before their bodies became large enough to retain more warmth. There is also a camp of scientists who are adamant that T-rex was scaly from birth until death, which means that the debate is unlikely to be settled until a confirmed skin sample of a T-rex is discovered.

Despite having a very good number of complete T-rex skeletons, there is still much we don’t know about them. For instance, all the officially identified specimens of T-rex are teenagers or adults with no juveniles. There is some debate over whether a smaller species of Tyrannosaur in North America could be misclassified as Nanotyrannus lancensis and could instead actually be examples of a juvenile T-rex. While they are very similar in morphology, there are a few differences that have provided enough doubt to prevent any definite decision as to their relation to T-rex.

Another unsolved mystery is whether T-rex shows sexual dimorphism (one gender being significantly different or larger than the other) as only one skeleton has ever had its sex confirmed. The female T-rex in question is rather young and dainty, which seems at odds with the theory that T-rex females were larger than the males. Also, whilst the largest T-rex that has ever been found is called Sue (after the student who found it) there is no evidence that Sue is a female, rather it is a very old individual at 28 years old that had grown throughout its life.

The rather comical arms of T-rex has been a source of debate over the years with multiple theories as to their use including aiding the animal in standing up, gripping prey or mates and balance for their enormous heads. There was a fair amount of muscle attached to the forelimb bones but they were often broken and healed in life, which suggests that they didn’t need to be used in order for the animal to survive.

Whilst the number of new dinosaur species being discovered in Europe and North America has slowed, there is much we still don’t understand about even the most famous of the giant reptiles. But with improving technology and increasing numbers of specimens, it seems like time will tell when it comes to the mysteries of T-rex.