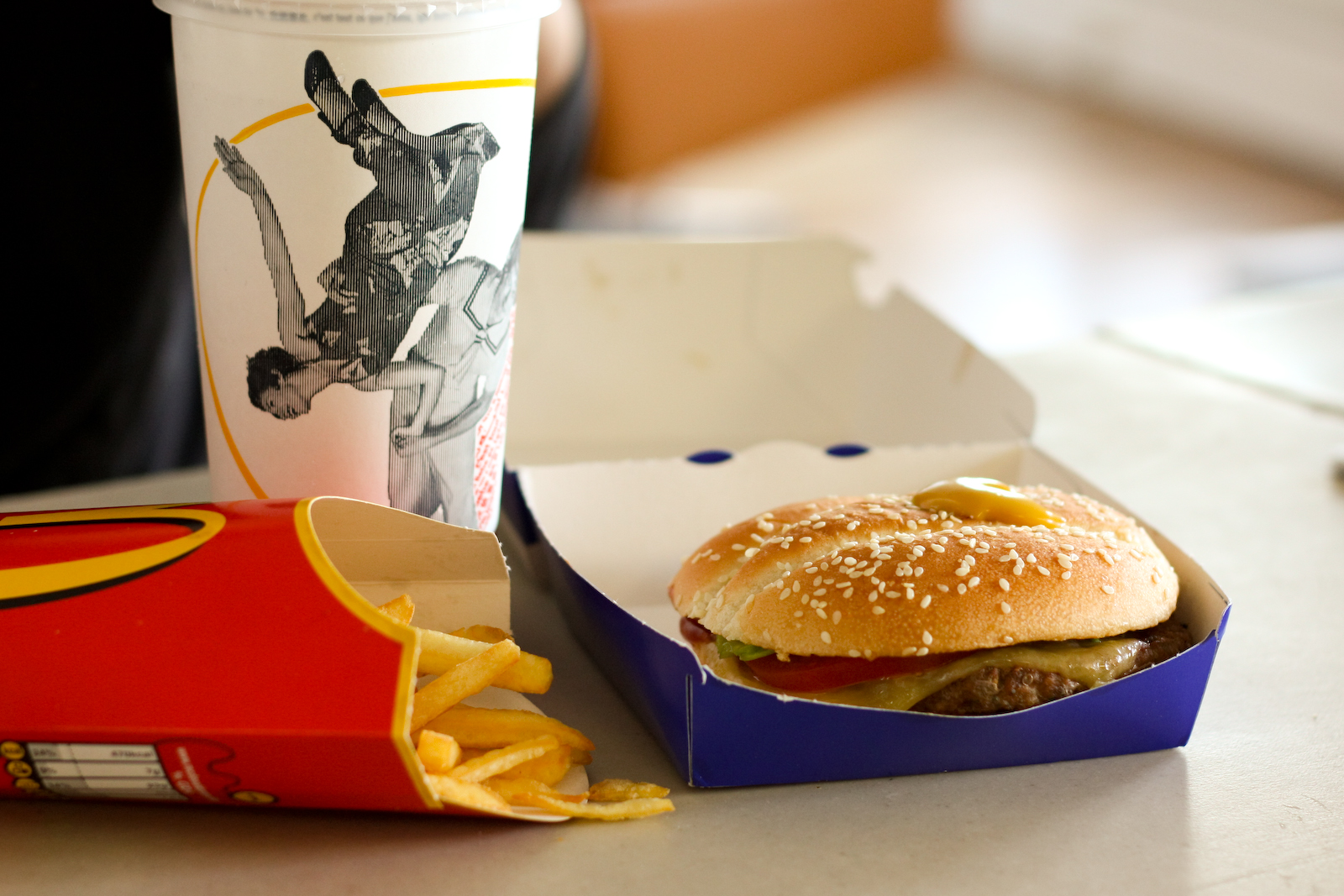 Are junk food and antibiotics really responsible for Crohn’s disease?

Repeat after me: correlation is not causation, correlation is not causation, correlation is not causation. Has it quite sunk in yet? If not, rinse and repeat until you feel confident about this fact and then you’re welcome to continue on. The age old battle between scientists and the media about the difference between correlation and causation is one which many scientists bemoan, particularly when it falls within their own line of research. However, this issue expands beyond academia and one only has to look to the tabloids to see that many health scares are produced by poor scientific knowledge or sensationalism. This erroneous logic has recently been attached to a disease which I myself am intimately aware of: Crohn’s disease. Crohn’s disease is an autoimmune disease whose origin and cause we currently know very little about. It is part of a group of disorders which affects the gut, known as inflammatory bowel disorders (IBD), and its symptoms include diarrhoea, crippling stomach pain, prolonged fatigue and weight-loss. As a result of this, most sufferers will undergo some form of surgery during the first 10 years after their diagnosis, usually taking the form of a resection of the affected portion of bowel.

Although research into its causes is currently speculative, there is evidence to suggest that genetics, over-cleanliness, and viruses may all be to blame for the disease. Current treatment options aim mainly to fire-fight the symptoms of the disease as they cannot offer a curative therapy, although the odd individual has found ‘miracle cures’ in alternative medicine. An amusing example has been the use of tree bark to seemingly cure one woman of her disease. One thing is for certain though: Crohn’s is a disease of the developed nation which suggests that, coupled with a genetic vulnerability, there is something about our modern lifestyle which is responsible for IBD in general. The worrying offshoot of this is that the prevalence of the disease is rising.

In light of this, a recent BBC Breakfast broadcast implied that a recent rise in Crohn’s disease cases by around 400% since 2003 was caused by a ‘high junk-food’ diet mixed with a bombardment of antibiotics at an early age. Shortly after this ‘fact’ was claimed, many online newspapers swooped and were eager to plaster “Junk food blamed for soaring rate of Crohn’s disease among young” (Daily Mail) and “Crohn’s disease hospital admissions surge 300% ‘because of junk food and antibiotics” (Independent), on their websites. Admittedly, both examples here did provide information against junk-food being the main cause, but the amount of coverage from the Daily Mail on this point barely warrants applause – shocker.

Equally concerning, however, was that the BBC failed to show the rest of the interview with Consultant Paediatric Gastroenterologist Dr. Sally Mitton on which the link was based. In the full interview, other possible origins of the disease were clearly cited, such as genetic vulnerability. As a result, Dr. Mitton’s input was distorted, admittedly (hopefully) unintentionally, to fit with the sensationalist stance. Indeed, Dr. Mitton herself was “appalled” and “sincerely apologise[d]” for the upset caused among the IBD community. Nonetheless, if journalists knew, or perhaps cared, about the difference between correlation and causation then this would have not been an issue. Correlation is not causation – unless it boosts readership it seems.

Call me over-sensitive but I found it quite insulting and incredibly unfair to myself and everyone I know who battles with the disease on a daily basis to claim that our illness is in anyway our own fault; a price we’ve paid for indulging in one too many burgers and one too few carrots. Then again, perhaps I am being over-sensitive, and this certainly isn’t the first time that I’ve been caught up with the Twitter and Facebook bandwagon. So, as the good-little scientist I pretend to be, what does the scientific evidence say about junk-food and the prevalence of IBD?

The link between poor diet and Crohn’s disease is not a new thing and there is correlational evidence in favour of this: Thornton and colleagues in 1979 observed a link between slightly higher levels of refined sugar and reduced fibre intake, as reported by the patients themselves, prior to their diagnosis of Crohn’s. A recent review of nineteen studies examining IBD found that there was a link between poor diet and the prevalence of Crohn’s disease and Ulcerative Colitis (another form of IBD). By poor diet, the authors meant an increase in saturated fats and meat, and a decrease in dietary fibre and low vegetable intake. Unfortunately, the precise methodologies and subtler findings of these studies remain a mystery as they are behind a university paywall – but that’s a rant for another day. Anyway, simple then, I was wrong and we should all stop making a fuss, right? Well, not quite.

Although a westernised diet has been linked to the prevalence of IBD, reducing intake of items such as sugar has been shown to be next to useless in actually treating the disorder once it has manifested itself. There has been some promise in reducing fat-intake but this pales in comparison to medical therapies offered. Those who suffer from Crohn’s and UC often change their diet to reduce their symptoms and prolong their remission. However, the foods they cut out usually include “cereals, milk, eggs, vegetables and citrus fruits” and it seems that this is due to a hypersensitivity of their gut and immune system to these foods, an allergy essentially. This suggests that genetic sensitivity and an over-active immune system are equally, if not more, important than the role of ‘junk-food’. This is not to say that junk-food definitely does not play a part in exacerbating the body’s sensitivity and poor immune functioning, but that other factors out of an individual’s control are also involved.

However, the main problem lies in the effect of this lazy reporting on those who suffer from some form of IBD – particularly Crohn’s. Personally, the issue is not that junk-food was linked to Crohn’s disease but that it was sold as seemingly the main cause for a disease which people are still very much in the dark about. My concern, and that of many on social media, was the effect it would have on those more ashamed or embarrassed by their illness. It can be difficult coming out and talking about IBD to friends and even family members, and it can be hard to even admit something quite so life-changing has happened to you. So, when other people’s first thought of IBD is ‘junk-food’ and a ‘poor lifestyle’ then this is bound to leave the individual who wants to open up increasingly isolated.

One final note, it was and still is encouraging to see how quickly people have come out to provide support and clarification around Crohn’s disease. It has highlighted the great work of charities such as Crohn’s and Colitis UK in supporting sufferers with IBD and how, once again, social media has provided a platform for the public to take a stand against damaging sensationalist journalism.