Bees’ maths ability second to none

It may seem strange to think of bees, with brains the size of sesame seeds, working with numbers, but it appears that they have a far better grasp of mathematics than you might have thought. 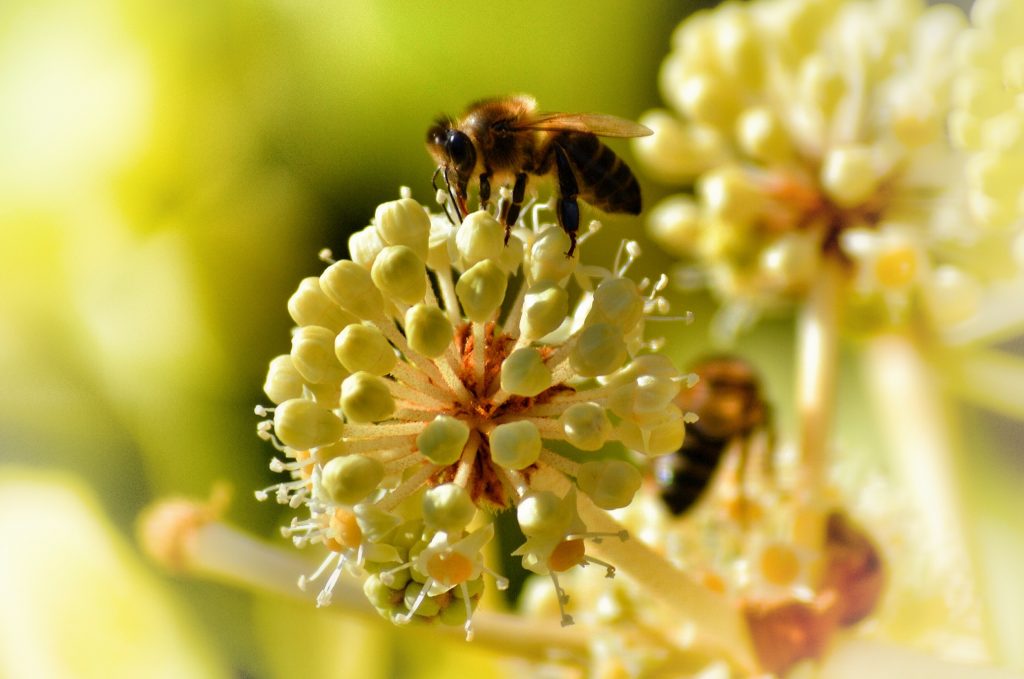 Zero is an abstract concept that only a select few species can grasp. Even humans initially struggle with the concept, with young children understanding zero later than other numbers and often struggling with whether it is less than or greater than one. Now, it seems that for the first time an insect will be added to this exclusive group.

In a recent study, Scarlett R. Howard and co-workers from the RMIT University in Melbourne, Australia, have shown the ability of a bee to grasp the concept of nothing, demonstrating an understanding that parallels nonhuman primates, parrots, as well as young children.

Bees have previously been shown to be able to count to four and are the first invertebrates that appear to recognise the idea of ‘none’, correctly assigning it a numerical value less than that of any whole number.

In the experiment performed by the group, honey bees were trained to distinguish between two square-shaped white images each containing between one and four black shapes. Bees that selected the images including fewer shapes were rewarded with sweetened sugar water, whilst those that chose images with more shapes were punished with a bitter quinine solution. 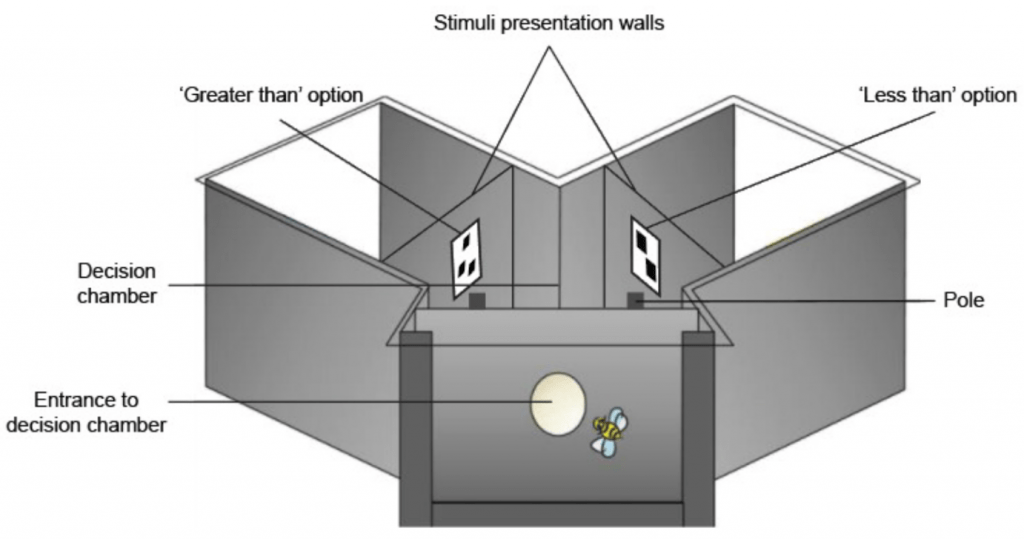 Image taken from ‘Numerical ordering of zero in honey bees’

Importantly, the size and shape of the elements in the images were varied randomly to ensure that the bees chose the image based on the number of shapes rather than their shape or the brightness of the image.

When the bees had been trained to successfully choose images containing fewer shapes, with a required success rate of at least 80 percent, extrapolation of the ‘less than’ or ‘more than’ concepts was tested.

In this, a blank, ‘zero’, image was placed as an option against one that contained two or more shapes. The honey bees were able to successfully select the blank image 64 percent of the time, showing not only a recognition of zero, but also the concept of zero numerosity—that zero appears as a value lower than that of any other whole number.

A second experiment was also conducted in which a blank image was compared with an image containing just one shape. In this, the bees were again able to select the empty image most of the time, however, their success rate was slightly reduced, and the time taken to deliberate between the two images was far greater.

Similar experiments have been conducted by the group, in which the bees were trained to select the option with the largest number of elements. In these, the insects would correctly choose the images containing shapes over the blank ‘zero’ images. This suggests that bees may possess a similar understanding to zero as that held by preschool children.

It is thought that the combination of the maths skills present in the honey bee may have given them an evolutionary advantage in keeping track of predator or food locations through the counting of landmarks and other stimuli.

With this detailed understanding of zero shown by an insect, a question remains: is a similar understanding widespread across the animal kingdom and could it be important for the success of life?