Why Would Someone Join IS? 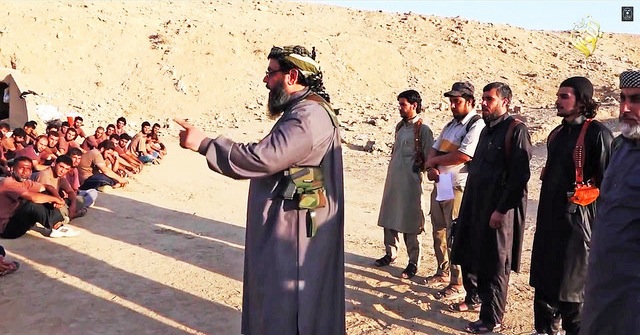 After reading the news about the fast spread of the Islamic State (IS), I was surprised by the number of ‘Western’ born fighters who had joined them. It brought a fundamental question to my mind: why would a self-identified Muslim individual leave a comfortable life in Europe to join an area of conflict and risk their lives?

The typical answer to this question is simple and everybody knows it. They are terrorists and this is what they do; no matter what citizenship or nationality they hold. However, we can see that this answer is an oversimplification, as it does not tell us how these people became terrorists. So, were terrorists born to be terrorists? Or is it something acquired? And if so, how and why?

Another answer to the original question of why Western-born individuals would leave comfortable lives to fight in conflict areas is related to the notion of their identities. They view themselves as ‘Muslims’ more than nationality-oriented identity holders e.g. British, Dutch, Germans…etc. They feel, therefore, a responsibility to go and help their fellow Muslims who are struggling elsewhere.

Yet again, this answer does not provide enough understanding as to why they would feel more ‘Muslim’ than British, Dutch, German….etc. What makes them feel this way? Some argue that it is their upbringing; either by their families or religious leaders, who instil in them the priority of ‘Islamic values’ over nationality. But this argument neglects the fact that human beings are active thinkers rather than passive receivers. We do not receive information without analysing, evaluating and critiquing it. If this were the case, we would not see, for example, people converting from their ‘religion of birth’ to other religions, or none.

Furthermore, there were about 400,000 British Muslim soldiers who fought for Britain alongside their non-Muslim colleagues in the First World War. How can we explain this if we interpret Muslims to be motivated solely by their religious belief; which might encourage them to hate anyone who is not a Muslim? Why were those Muslims fighting with the British rather than against them? Were they not ‘Muslim enough’ to be violent against their fellow non-Muslims? We can imagine how those soldiers might feel if they heard someone today considering them ‘less Muslim’ for not committing violence in their own country. What has happened in the last one hundred years that changed the entire situation from fighting alongside their colleagues to fighting against them?

A consideration of these facts will mean that the answer to the original question cannot just be about the ‘Islamic identity’ shaped through an individual’s upbringing. We must, therefore, search somewhere beyond the traditional and oversimplifying answers.

After a lot of observation throughout my time in the UK (having arrived in 2008), I noticed that a part of the answer to my original question lies with us as a society. We contributed, whether directly or indirectly, to make it happen.

The majority of Muslims living in the UK are either immigrants or are descended from migrant parents or grandparents. Whether or not they were born in the UK, or hold a British passport, many of them are still seen as ‘immigrants’, ‘foreigners’, ‘inferior’ or not ‘fully British’.

They grow up receiving remarks about their culture or religion on a daily basis, infused by their parents’ or grandparents’ stories of struggle when they first arrived in the UK. Such comments may not necessarily carry malicious intentions, or have any racist motivation, but when an individual is under criticism, he or she becomes defensive over their values and beliefs; even if such beliefs do not make sense to them. Reasoning becomes absent because it is not about rational thought any more; it is about an identity that is being put under attack.

Every individual needs – and obviously deserves – to be treated with respect, dignity and equality. Once Muslims in the UK (or Europe) felt as though they were not receiving this respect and dignity, in what is meant to be their home country, they went searching for it elsewhere. They therefore travelled to areas of conflict to help their fellow Muslims who showed them the respect, or the feeling of community, that they deserve as human beings.

I have heard a number of people in the UK saying that if anybody comes to live in our country then they must be like us, behave like us, and look like us. If not, they should simply leave. Now, this makes me wonder, what about multiculturalism? Isn’t multiculturalism about accepting one another despite our differences and acknowledging and loving each other for however and whoever we are? In fact, requiring someone to completely forget their heritage, history, and culture is an unethical and inhumane request, and almost impossible to achieve.

Nevertheless, I have an interesting story to tell about a friend of mine who I met a few years ago called Mohammed. His parents migrated to the UK in the 1970s. He was born in the UK and therefore holds a British passport. Mohammad is also one of the biggest pork consumers and heaviest drinkers I have ever met. Culturally, one could argue, he is more British than many British people. Yet, he tells me of how he gets stopped for additional security checks in the airport the majority of times that he arrives back ‘home’ in the UK. His British passport and London accent did not help him to be treated equally to other British citizens. Now we can imagine how he might feel about his home country, the UK. Would we still be surprised if Mohammed searched for some respect, dignity, and equality somewhere else in the world – even if it is a place of conflict? And the big question is: how many other people similar to Mohammed out there have we made feel like foreigners and inferiors in their own country?

In conclusion, things may not be as they appear. There are untold stories that we must dig deep to unravel. What we consider to be a ‘terrorist’, leaving the country to join radical groups anywhere in the world, needs understanding from our side before fighting.

It has not been my intention in this article to defend or provide justifications for those who join extreme groups around the world; whether IS or others. I also do not attempt to pinpoint the sole reason behind their decisions to join extreme groups. Rather, I’ve tried to shed light on other aspects to which we may not have paid enough attention.

It is also important to point out that it is not my intention to shift the blame from Muslims to non-Muslims, or to portray the former as victims who are being mistreated. Instead, it is a shared responsibility for all of us as members of a society, no matter what backgrounds we come from.

We need, therefore, to avoid the comfortable and reductive answers to our problems if we really want to solve them. Each of us in society needs to acknowledge our responsibility or else we will continue to delude ourselves and the problem will continue to go unsolved.