Why did Change UK Fail? 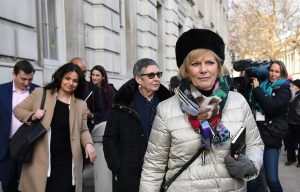 Every so often there are splits in British institutions that shock the nation. The collapse of the Liberal Party in the First World War, the breakup of the Beatles in 1970 and the divorce of Prince Charles and Princess Diana in the 1990s for example. Will the breakup of Change UK be one of these moments? I highly doubt it. The splinter group, first known as the ‘Independent Group’, came into British politics with a bang four months ago. However, since then its appeal has fizzled away leading to a disastrous European Parliamentary election where they only gained three percent of the vote. Now that six out of their eleven MPs have left it is unlikely the party will have any further impact on the political scene. So why was Change UK such a disaster? I will detail four main reasons as to why the party failed to take root in British politics.

One of the most prevalent issues that faced the Independent Group when they first came into being in February was a lack of uniting political ideology. When their historical predecessor the Social Democratic Party (SDP) split from the Labour Party in 1981 they had a clear political vision of what they wanted to achieve. The clue is really in the name. They wanted a Britain that embraced democratic socialism, a Britain that had a mixed economy rather than a free market or state-controlled economy. They defined themselves by standing on distinct policies such as supporting decentralisation, electoral reform and further European integration.

In contrast, the new party calls itself by several different names: the ‘Independent Group’, ‘Change UK’ and the ‘Remain Alliance’, none of which gives us a clear picture of their political ideology. Heidi Allen, the recently departed interim leader, even suggested that a further name change was required to attract more people. If they cannot agree on a name that reflects their political views, how can they agree on a political ideology? Their MPs also come from very different ideological backgrounds. For example, Chuka Umunna and Chris Leslie had been in Ed Miliband’s shadow cabinet that opposed Tory austerity whereas Anna Soubry was a minister in Cameron’s government that enacted said austerity. The leaders of the new party were only united in their contempt for the direction their previous parties were taking and a desire to keep Britain in the EU. Outside of these two issues there was little that united them which damaged both political coherence and their public appeal.

Trying to be Centrist yet Radical

Change UK faced a crucial conundrum from their inception. How can a party that wishes to maintain the status quo also be a radical new voice in British politics? Change UK wished to move away from the radical new politics of the Labour and Conservative parties. The Labour defectors disliked Corbyn’s Labour which had taken the party much further to the left, and their Tory counterparts disliked the new right wing and hard-line anti-EU platform the Conservative Party was adopting. They wished to return to the status quo, back to the New Labour consensus created by Tony Blair and mostly adopted by David Cameron.

On this basis it is very difficult to advocate such a return to political normality when pretending to be a radical new alternative to the two-party system. Allen pledged that the new party would be a true alternative to the two major parties that would represent a new kind of politics. This resulted in the party being both very opaque about how it was radical and different and very open with policy suggestions from members, many of which were bizarre. For example, Chuka Umunna has continuously bandied about policy ideas such as bringing back a compulsory non-military national service for all 16-year-olds and introducing a 1p charge for using self-service checkouts in shops to heal generational and Brexit divides. These ‘radical’ policy suggestions were unhelpful to the party. They muddled the parties core message with Umunna’s strange ideas. They also really had no popular appeal, at least that I have seen. Thus, Change UK’s desire to be both radical and centrist really hurt any prospects of it appealing to the British public.

Just after Allen, Soubry and Wollaston defected to the new Independent Group, an anonymous Conservative MP was asked what he thought about their departure from the party. He replied that it mattered little as they were not team players who could be relied on. He saw them as self-obsessed individuals who would be a detriment not a benefit to any political party despite all their talents.

I think there is a lot to this statement. Parliamentary parties require an almost unthinking and unquestioning loyalty from their MPs to function. MPs mostly tow the party line as if the party is coherent and united it is far more electable. MPs pick their fights with the leadership and mostly make their opinions clear behind closed doors. The Change UK MPs were not usual in this respect. Although some had been loyal under previous regimes, they, unlike many of their peers, had failed to move with the party, criticising and embarrassing their leaders at every opportunity. Most notably, Heidi Allen, came to national attention for attacking the Cameron government in Parliament on the issue of tax credits. Another example is Mike Gapes who upon Corbyn’s election declared that he would ‘show loyalty in the same way [Corbyn] was loyal to Kinnock, Smith, Blair, Brown, Beckett, Miliband and Harman.’ He did not give Corbyn time to lay out his table and convince MPs to support him. These very independently minded, opinionated and rebellious MPs do have their benefits. They do help to increase inter-party-political debate which can help form policy. However, when you have a whole political party made up of these characters there certainly is going to be chaos. You need grunts for any political machine to function. Thus, by the very nature of its makeup Change UK was going to struggle to be an organised and coherent party which cost the movement dearly.

The Resurgence of the Liberal Democrats

Perhaps the most important death knell for Change UK was the surprising resurgence of the Liberal Democrats. Until very recently the Liberal Democrats looked dead and buried, as they had for around eight years. Yet they performed well in the local elections and came second in the European elections, beating both the Conservative and Labour Parties. They managed to seize the remain vote that Change UK was gunning for. Their performance was so impressive that Heidi Allen called for second referendum supporters to vote in some cases for the Liberal Democrats as a tactical vote, an action that drew derision from her fellow MPs.

The Liberal Democrats managed this achievement for several reasons. Firstly, they were an established, organised political party with experienced campaigners and activists. Whereas the new Change UK lacked the organisational capacity and electorate recognition to be as an effective election campaigner. Secondly, the Liberal Democrats since the referendum had been absolutely clear on their opposition to leaving the EU. Under both Tim Farron and Vince Cable’s leadership they have been consistent on fighting any form of Brexit and have become clearly associated with the policy. Whereas, some of Change UK’s members, although avidly anti-Brexit, had been inconsistent on the issue. For example, Umunna had originally dismissed the idea of a second referendum. Thirdly and finally, the Liberal Democrats looked like a winning team. Their good performance in the local elections buoyed their support considerably, making them look like an effective challenger to the widely disliked Conservative and Labour parties. Whereas Change UK with their infighting, goofs and lack of clear-cut policies looked like an imminent disaster. It is not surprising therefore that voters did not lend them their vote when the Liberal Democrats looked far more likely to be the stronger pro-remain party.

So, these are the four main reasons I can identify for why Change UK failed so spectacularly. Please comment if you can think of anymore as I am sure there are others. I will end on one final note. When the eleven rebellious MPs formed Change UK they did so in response to the failings of the two main parties. The new group accused the old parties of being incompetent, ideologically confused and divided. Yet, in a seemingly impossible fashion Change UK became even more incompetent, ideologically confused and divided than the parties their MPs left! What this really shows us is how deeply flawed the British political establishment truly is. Change UK’s failings demonstrates to us how most of our MPs are truly not fit for purpose. MPs such as Chris Leslie, Chuka Umunna, Anna Soubry, Heidi Allen and Sarah Wollaston were widely considered brilliant and effective politicians. Yet they have proved in the Brexit mess we find ourselves in to be just as useless and confused as everyone else. Along with the failings of the best and brightest in the Conservative and Labour parties, this suggests that our whole political class is not up to the high standards that the British people expect. We can only hope that in time elections will give us MPs more fit to the task of dealing with this country’s needs.