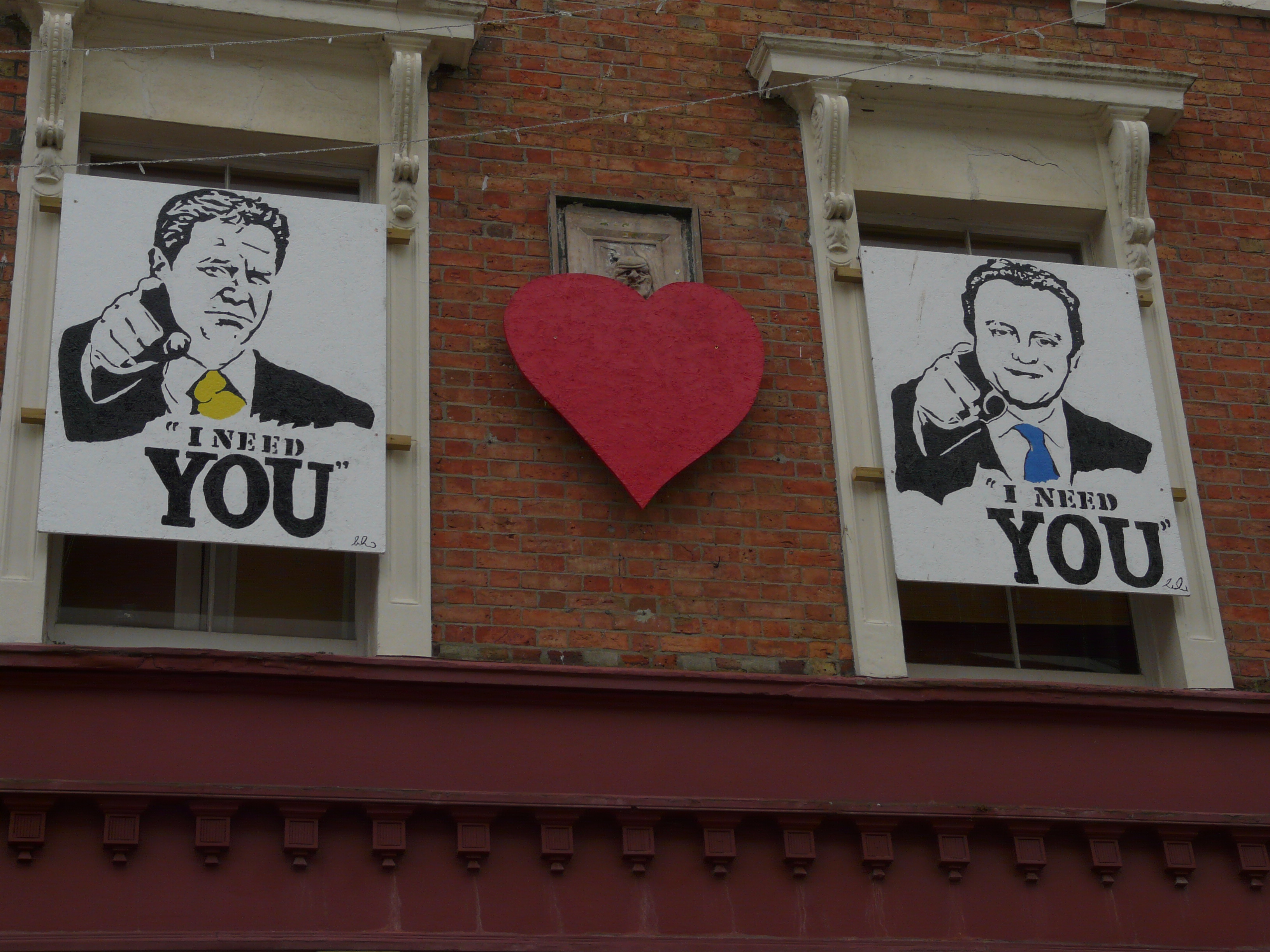 It’s likely another coalition government will be formed in May – but which parties will be in it?

A veritable smorgasbord of parties presented itself to the electorate during ITV’s election debate on 2nd April. The leaders of Labour, the Conservatives, the Liberal Democrats, UKIP, the Greens, the SNP and Plaid Cymru all argued that their vision for the United Kingdom is the best, and that you should cast your ballot in their favour.

The gradual erosion of the Labour – Conservative two-party system in Britain, and the continuing haemorrhaging of support away from these traditional parties has meant that the smaller parties stand a real chance of influencing who enters 10 Downing Street in a month’s time. This could breathe new life into Britain’s democracy, which has been tarnished with years of apathy, falling turnout and increasing cynicism towards our politicians.

Realistically, the first-past-the-post electoral system means that Labour and the Conservatives will still sweep up the vast majority of seats in the House of Commons. Ed Miliband or David Cameron will be the next Prime Minister, but with their support stagnating between 32 and 35% in the opinion polls, neither of their parties looks set to command an overall majority of seats in the new Parliament. Thus, they must courageously govern alone, and risk an early defeat over a Budget or Queen’s speech, or enter into some form of agreement with the other actors currently gracing our political stage.

Nick Clegg’s Liberal Democrats have governed for the past five years as the Conservative Party’s junior coalition partner, but the tuition fee U-turn and a sense of ‘betrayal’ by working with Mr. Cameron has led to a collapse in their support. They look set to lose about 30 seats, but are likely to retain 20 or so, meaning that they could still have a powerful influence in the next government. Mr. Clegg has already said that he would look to work with whichever party wins the most seats, so expect much talk of ensuring the economic recovery is not wrecked by Labour, or ensuring a Conservative administration remains anchored to the centre ground.

UKIP have gone from strength to strength in recent years. Since coming second in the 2013 Eastleigh by-election to winning the most seats in the 2014 European elections, Nigel Farage will work hard to secure his election into the Commons, along with about half a dozen fellow UKIP members. If Mr. Miliband or Mr. Cameron wishes to work with Mr. Farage, the price will probably be an early referendum on Britain’s EU membership. It is unlikely that Britain will pull out of the EU if enough businesses and politicians emphasise the economic benefits, but it will serve to raise UKIP’s profile further. UKIP support among the young is minuscule, but these people rarely turn out and vote. A significant amount of elderly and disgruntled Tory and Labour supporters willingly cast their vote for UKIP, and they are likely to score highly across the whole UK, even if they gain few seats. This will further entrench the party into the British political establishment.

Natalie Bennett’s appearance at the Durham Union Society this year led to queues outside Palace Green on a cold, snowy winter’s evening, and if students – the most likely demographic to support the left-leaning, anti-austerity Green Party – can be bothered to queue up again, this time at the polling station, it could harm Labour’s chances of taking crucial marginal seats. Caroline Lucas should retain Brighton Pavilion, and the Greens could scoop up one or two more seats. The party’s key policies of re-nationalising the railways, abolishing tuition fees and increasing welfare spending sit alongside the party’s long standing commitment to environmental stewardship.

In spite of car crash interviews regarding housing policy, the Greens are gathering strength, and have said that they would willingly form a ‘progressive alliance’ with the Scottish and Welsh Nationalists. Ms. Bennett, alongside Nicola Sturgeon, the SNP leader and Leanne Wood, the Plaid Cymru leader, will hope to hold Mr. Miliband’s feet to the fire and pull his party further to the left. Expect much noise about ending government cuts, curtailing NHS ‘privatisation’ and scrapping our nuclear deterrent.

Consequently, Mr. Miliband’s potential government may be swayed and guided by two parties who wish to see the ultimate break up of our country. The SNP look set to win an overwhelming landslide in Scotland. Alex Salmond, Scotland’s former First Minister, has already given interviews about how he would seek to amend Ed Balls’ first Budget, including significant spending increases to Scotland and even the re-routing of the proposed HS2 railway line. Plaid Cymru, despite being invited to the ITV debate, are a fledgling force in Wales, and their support is dipping. An SNP-style surge is what its leader would like and, despite Ms. Wood’s underwhelming debate performance, she should be able to secure the 3 seats the party already hold in Westminster.

This diverse range of political parties should re-invigorate British democracy. Voters face a choice on the 7th May, and this choice is wider than usual. There is more of an incentive to vote with both heart and head this time around, for the smaller parties stand a chance of influencing the new government’s policies. The televised debates and election broadcasts will open voter’s eyes to the different choices available, and should the electoral support of these minor parties continue to rise, it will be up to Labour and the Conservatives to respond. They can no longer take anything for granted. In the region surrounding the River Clyde, Labour majorities are currently around 17,000. The SNP surge following the referendum means that Labour faces a huge uphill struggle to hold on to its Scottish heartlands. Meanwhile, the Conservatives are losing support to UKIP, and in order to win voters back, the party must do more than rely upon gaffes and expenses scandals. Hence, we have heard tougher language on immigration and Europe.

One thing is certain, however, in this most unpredictable of contests. The first-past-the-post system will still mean that the minor parties (with the SNP being a notable exception) will be unable to gather up vast swathes of seats. The minor parties, so often mere fringes that receive the occasional by-election victory, headline or policy initiative, may not win in terms of Commons seats, but their influence behind the scenes is what is important. Support for the two main parties may recover, as it has done in the past, but for the time being, Labour and the Conservatives should ignore the influence of these parties at their peril, for they will be around for some time yet.