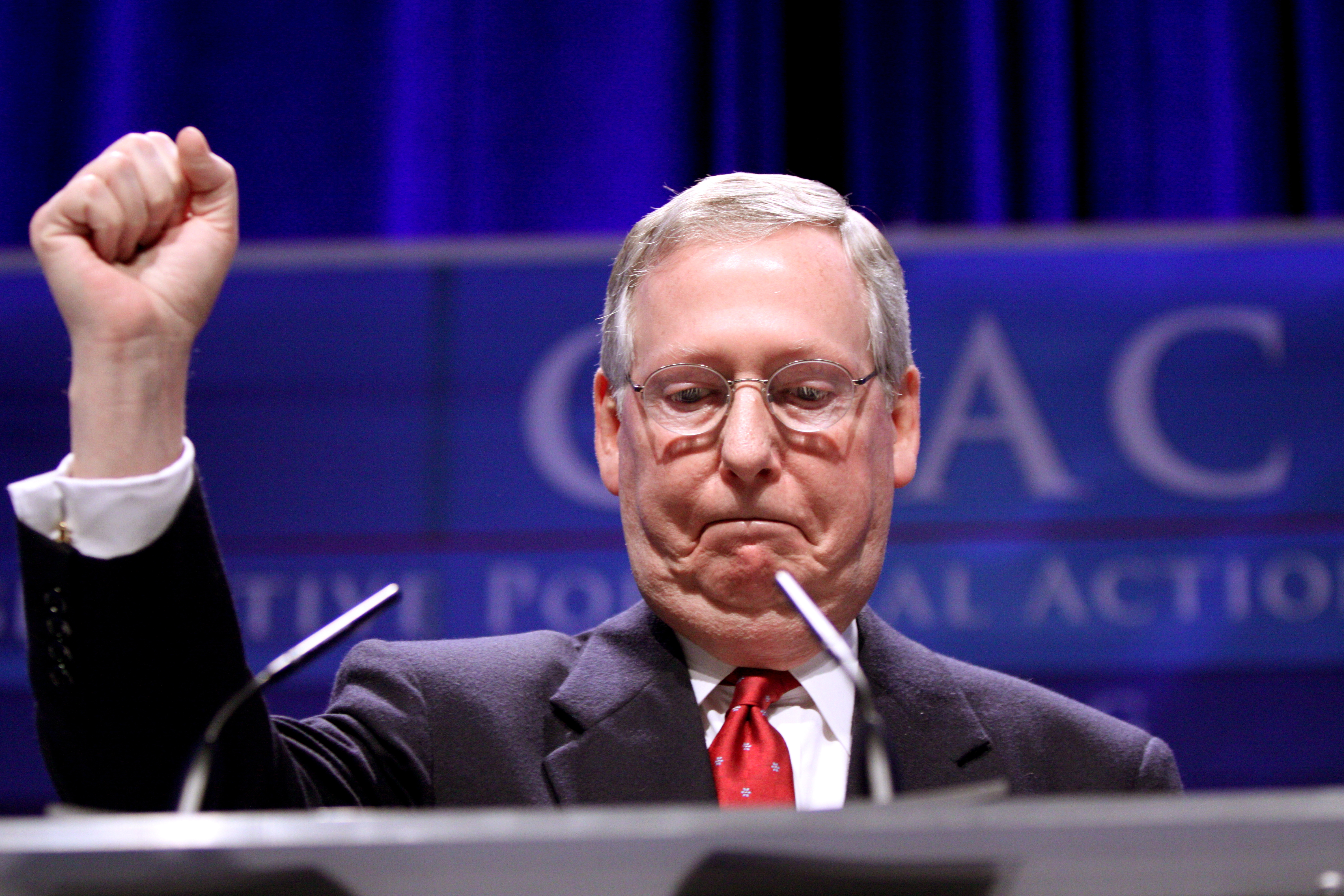 “Our primary political objective is to deny Barack Obama a second term.”

So said Mitch McConnell, the Republican Party’s most senior member of the Senate, way back in 2010 during the last midterm elections when Republicans wrestled the House of Representatives from Democratic control. Four years on, and although he failed in his stated attempt to make Obama a one-term President, McConnell can make the last two years of Barack Obama’s presidency incredibly difficult with a newly-elected Republican Senate – and therefore a Congress completely at odds with its Democratic President.

Riding on the coattails of voter disapproval of Obama’s agenda, and, above all, his signature healthcare legislation (the Patient Protection and Affordable Care Act, or ‘Obamacare’), Republicans swept to power in Congress’s upper house, defending all their seats up for election as well as winning open seats from retiring Democrats in Republican-friendly Montana, South Dakota and West Virginia. They also won in crucial red states represented by Democrats such as Arkansas and North Carolina, as well as fending off weak Democratic challenges in Kentucky and Georgia.

At the time of writing, Republicans will go into the 114th Congress with at least fifty-two Senators, with wins looking likely in Alaska, where votes in rural communities have not yet been counted and Democratic incumbent Mark Begich is already thousands of votes behind; and Louisiana, where vulnerable moderate Democrat Mary Landrieu will almost certainly lose in a run-off election on December 6th to her Republican challenger Bill Cassidy. All that is certain is that the new Congress will consist of a majority of Republicans in both chambers for the first time since 2006. But what does this mean for the American economy and other points of contention between the main parties, such as healthcare, immigration reform, and judicial appointments?

Up until now, a Democratic Senate, led by Nevada Senator Harry Reid, has been able to block and veto many bills passed by the Republican-controlled House of Representatives; including ones gutting Obamacare and restricting abortion rights for women. Many of these could now make their way to the Senate floor, meaning that Obama will have to be much more liberal with his presidential veto than in previous years when faced with such conservative policies; especially when it comes to dismantling his signature healthcare legislation. Incoming Majority Leader McConnell has signalled many times his desire to remove Obamacare “root and branch” from U.S. law, which will undoubtedly lead to a showdown with the White House.

Senate Democrats have long been able to block a controversial new pipeline that would transport oil from Canada across the Midwest and down to the Gulf of Mexico, fearing the environmental impact that it would cause. The Keystone XL project, it is argued, would create thousands of jobs in a stagnating economy, and Republicans are almost certain to facilitate its passage through the Senate come January with support from Republicans and conservative Democrats alike. Environmental regulations from the EPA (Environmental Protection Agency) also look to be in danger since Republicans regard the laws as being too restrictive and responsible for thousands of job losses in the non-renewable energy sector. These job losses have been especially apparent in states which heavily rely on coal and oil for their state economy such as West Virginia and Louisiana; two states which have flipped Republican due, in part, to Obama’s unpopular energy policies there.

Although both parties agree that immigration reform is needed, the House and the Senate have been at odds on how to achieve this. Views on immigration in the Republican Party are notoriously more conservative than those held by Democrats. It is therefore likely that any action taken by a Republican Congress will be much more watered-down than the plans that Obama has proposed, unless he issues an executive order to take direct action on undocumented immigrants brought to the United States as children, and the millions who remain there illegally; two groups that Republicans have been keen to exclude from any reform negotiations.

Republicans want tax breaks for higher-income earners, as well as trade deals with Asia and Europe to help grow a stagnating American economy. They will undoubtedly encounter opposition from the White House and support from the House of Representatives regarding the new federal budget, although raising the federal minimum wage, taking action on huge student debts, and extending unemployment benefits won’t be on their agenda.

Same-sex marriage has become the law of the land in over two-thirds of the United States, including in the conservative bastions of Utah, Oklahoma and West Virginia. This has primarily been due to federally appointed judges and not through state legislatures and voters. A Republican Senate is likely pass symbolic votes against such recent developments, including votes in opposition to abortion, which has been legal since the U.S. Supreme Court’s decision in 1973. This has long been a polarizing issue in American politics.

Although not a focus in this year’s fight, the Senate has the right to veto the President’s nominees for judicial vacancies, including possible retirees on the Supreme Court. With recent liberal decisions on same-sex marriage, as well as support for other left-wing ideals, a Republican Senate, with an ability to check and vet Obama’s federal nominations for more conservative and bipartisan candidates, could change the face of the Supreme Court and thus American politics for years to come.

With two-thirds of Americans not voting, and the Presidency itself not on the ballot, it’s easy for outside observers to discount midterm elections as unimportant; almost irrelevant. But a new Republican leadership in both chambers of Congress come January will drastically alter the American political landscape, with last Tuesday’s election helping to shape what is certain to be an interesting and uncertain two years in American politics.