Donald Trump’s recent state visit to the UK has been accompanied by the resurgence of the phrase ‘Special Relationship’ on both side of the pond. The term was first coined by Winston Churchill in 1946 and refers to the historic social and economic ties between America and Britain. Nevertheless, the vicious political divisions that have arisen within both countries as of late have led to certain sections of either population questioning whether such a bond ever existed in the first place. The resulting debate is a difficult one to settle, since there exist several historical and contemporary examples which can support either side. Consequently, this article will attempt to untangle this complex issue by providing a balanced assessment of the evidence and counter-evidence behind the existence of the ‘Special Relationship’. 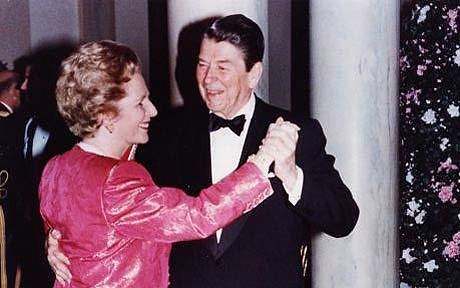 The primary reason why some criticize the basis of the ‘Special Relationship’ are the numerous conflicts the UK and US have been engaged in since the end of World War 2. Indeed, the period between the late 1950s and mid 1970s arguably saw the lowest point in the relationship between these two powers. A major catalyst of this was the Suez Crisis, as the UK’s desperate attempts to hold onto its overseas territory through violence angered the anti-Imperialist US quite considerably. Indeed, subsequent American threats of sanctions and retaliation in response to British air strikes highlighted the first major foreign policy differences between the two powers in the post-war era. Such tensions were exacerbated upon the UK’s entrance into the European Economic Community in 1973. This is because it signaled Britain distancing itself from America as its primary decision-making partner in favor of the Old Continent. This was also reflected in the language of Prime Minister Heath, who during this period made several attempts to eliminate the phrase ‘Special Relationship’. For a time, it seemed as though UK-US kinship was all but dead and buried.

Nevertheless, the ‘Special Relationship’ was arguably very much present in the years that came before and after the previously discussed time period. Military and economic cooperation reached its height during WW2 through the Destroyers for Bases Agreement and the establishment of the Combined Chiefs of Staff. Indeed, the US viewed the UK favorably due to their defiant resistance to Nazi Germany, whilst Britain could appreciate American politicians’ determination to aid the Isles despite the Neutrality Act. On top of this, the well-established friendship between Winston Churchill and Franklin Roosevelt was viewed by citizens in both countries as a symbol of national kinship. A similar dynamic between Margaret Thatcher and Ronald Regan would then ensure a revival of the ‘Special Relationship’ by the early 1980s. Indeed, the two leaders’ ideological similarities, particularly when it came to hatred for Communism, led to Britain swinging back into America’s arms following its brief honeymoon with the EEC. As a result, the final decade of the Cold War was home to extensive UK-US collaboration, especially in political and military matters.

With the end of the Cold War and disappearance of the common enemy which had united Britain and America up until that point, it wasn’t long before the ‘Special Relationship’ became strained once again. Indeed, by internalizing its new role as the undisputed global hegemon, the US began making increasingly unilateral moves which were viewed with hostility within the UK. One example was America’s adoption of an aggressive trade strategy during the early 21st century, involving high external tariffs and zealous penetration of protected markets, including those of Commonwealth countries. As a result, UK traders and politicians respectively grew to view their overseas ally with some suspicion. This was all but exacerbated by the election of Donald Trump, whose fiercely anti-EU stance and condemnation of select British policies yielded considerable disdain by most citizens of the isles.

Despite all this, the ‘Special Relationship’ shouldn’t be written off quite yet. As shown by recent polls, most citizens in either country still consider their overseas ally invaluable in many ways. This is especially the case in the UK, as Brexit negotiations have led several British politicians to realize that the nation is at risk of diplomatic isolation. Consequently, Westminster is aware that in order to remain relevant on the world stage, the country will have to align itself with America to a greater extent. This realization can already be seen in the eagerness with which several Conservative Eurosceptics view Trump’s much touted ‘phenomenal’ post-Brexit trade deal.

All in all, it would seem as though the existence of a ‘Special Relationship’ is debatable at best. Indeed, whilst the UK and the US have been engaged in extensive collaboration throughout the 20th and 21st century, this period was also marred by several conflicts and disagreements. In this light, the economic, political, and social similarities underpinning the ‘Special Relationships’ have, to some extent, been overwritten by national interest and leadership personality.