The Political Wilderness and Me 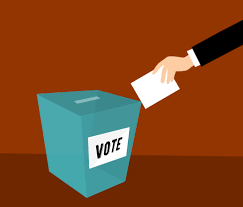 I had once a political home and now I have none; this sentence is a summary but it is also a profound truth. For I once did have a political home, one I genuinely believed I belonged to and one which I believed in, to the extent that I campaigned for them.

My experience is not unique nor is it extraordinary but it captures the essence of what many people are feeling at this deep and profound crossroads in our long history. The issues this nation is facing are of a nature not seen since the dark day of the 1940s but there is no unity, only division, strife and denial of the truth.

My own journey into the wilderness began during the aftermath of the EU Referendum. Before that I had been a committed member of the Conservative Party; a party which I felt I belonged to as a believer in the individual and of an economy which rewarded success. The aforementioned I still believe in today and will always do so regardless of my party affiliation. However, I could not stand by when my deepest principles were being violated.

Being of polish descendent, hence my surname, and only a third-generation immigrant to this nation, I fervently believe that fair and reasonable immigration and membership of the European Union are vital for this nation to succeed. So when May assumed the premiership, I could not stand by any longer and give my money to a party which did not uphold my principles anymore.

May is the opposite of almost everything I believe in, particularly in regards to immigration and her approach to the European Union. While a Eurosceptic, particularly in regards to the single currency, my belief is that the UK’s best option is to remain in the European Union. On Immigration, due to the aforementioned paragraph and also my repulsion at the introduction of her draconian crackdowns and enforcement of rules which have literally lead to the expulsion of actual UK Citizens, I actively oppose her views on immigration.

So as of 2017, my membership of the Conservative Party ended. Since then I have despaired for the party and its future outside of the fold. I yearn for a party to call home, the things I miss greatly are the dinners, the discussion and the policy debates. Unfortunately, no party calls to me, at least not enough for me to actively want to join them.

Labour? Well, what can I say, it has turned into a Marxist cult lead by Corbyn, a man who I have no respect for whatsoever. Not to mention his economically illiterate policies and commitment to Marxism worldwide including the dictatorship of Maduro. Liberal Democrats? Some good ideas admittedly especially wanting to remain in the European Union, however, they have no chance of ever getting into power again. The SNP? Well for one, I am not Scottish and I do not live or wish to live in Scotland; Also, I have no desire for Scottish independence or the break-up of the UK.

So where does that leave me? The Conservative Party, the only place I ever felt my beliefs had traction, have let their stupid obsession over Europe boil over into full civil war; Taking the nation with it. As I mentioned earlier, I do not think I am alone in this predicament. Just taking a look at social media shows me how even current members of the party are disillusioned with the party’s civil war over Europe.

Where does this leave the UK political life? The answer is not simple. My experience is not unique but whether the number of people like myself is in a large enough number to genuinely change UK political life for the better is unknown. We have a system, unfortunately, which ensures that only two, or maybe three parties in some cases, can achieve a majority in the Commons. This system is the biggest barrier to people like myself making an actual difference.

There is talk of a new centrist party, however I am not hopeful for its chances if it is founded. The most likely scenario would be that it takes away centrist votes from Labour ensuring the Conservatives, in all their infighting and unwavering commitment to an action which is deeply damaging, win the elections. We only have to look back to the ‘80s with the SDLP to see how that turns out.

This crisis of political affiliation can be distilled into one sentence: the UK political parties in their current state do not appeal to me. I am not alone in this sentiment but there is a deeper, more profound crisis which will be facing us sooner or later.

This current crisis the UK is facing has broken or divided the main political parties like never before or deepened the divisions already present. The Conservative Party is the best example but also Labour too, with the fight between leaver and remainer MPs getting more heated every day. My question is, what happens after this current crisis has ended?

Even if we find ourselves a practical solution to this current crisis; which I believe is unlikely at this point. Can the main political parties become cohesive units again or will this crisis break the UK political system beyond repair? I say with deep regret that I do not know the answer to that, I do not think anyone really knows.

So those wishing for stability will be disappointed even after the end of this current crisis. We can only hope for the best and prepare for the worst.