Syria: why ‘to bomb’ or ‘not to bomb’ is not the question

On the 2nd of December, British Parliament voted to go to war. An overwhelming majority of MPs across the political spectrum voted in favour (397–223) after an intense 10 hour debate to extend British airstrikes against Isil* in Syria. This represents a clear majority in favour of Cameron’s decision for the UK to join its US and French allies against targets in Syria, met with social media uproar and a campaign asking the government #DontBombSyria.

Whether or not to extend this bombing campaign (for it is an extension to a policy already being carried out across the now-arbitrary border in Iraq) has been decided; it will be up to the history books to determine whether Syria will become a Kosovo or an Iraq. This piece, whilst favouring neither side, in fact believing “right” or “wrong” are dangerously simplistic terms to apply to an issue this complex, sets out to debunk the myths and evaluate the arguments that led the UK further into war. Inaction in 2013, the aftermath in the Paris attacks, as well as vast terror across the non-Western world and an obligation to our allies, alongside Corbyn’s failure to translate his life’s work into a compelling case has led Britain into doing something rather than nothing. 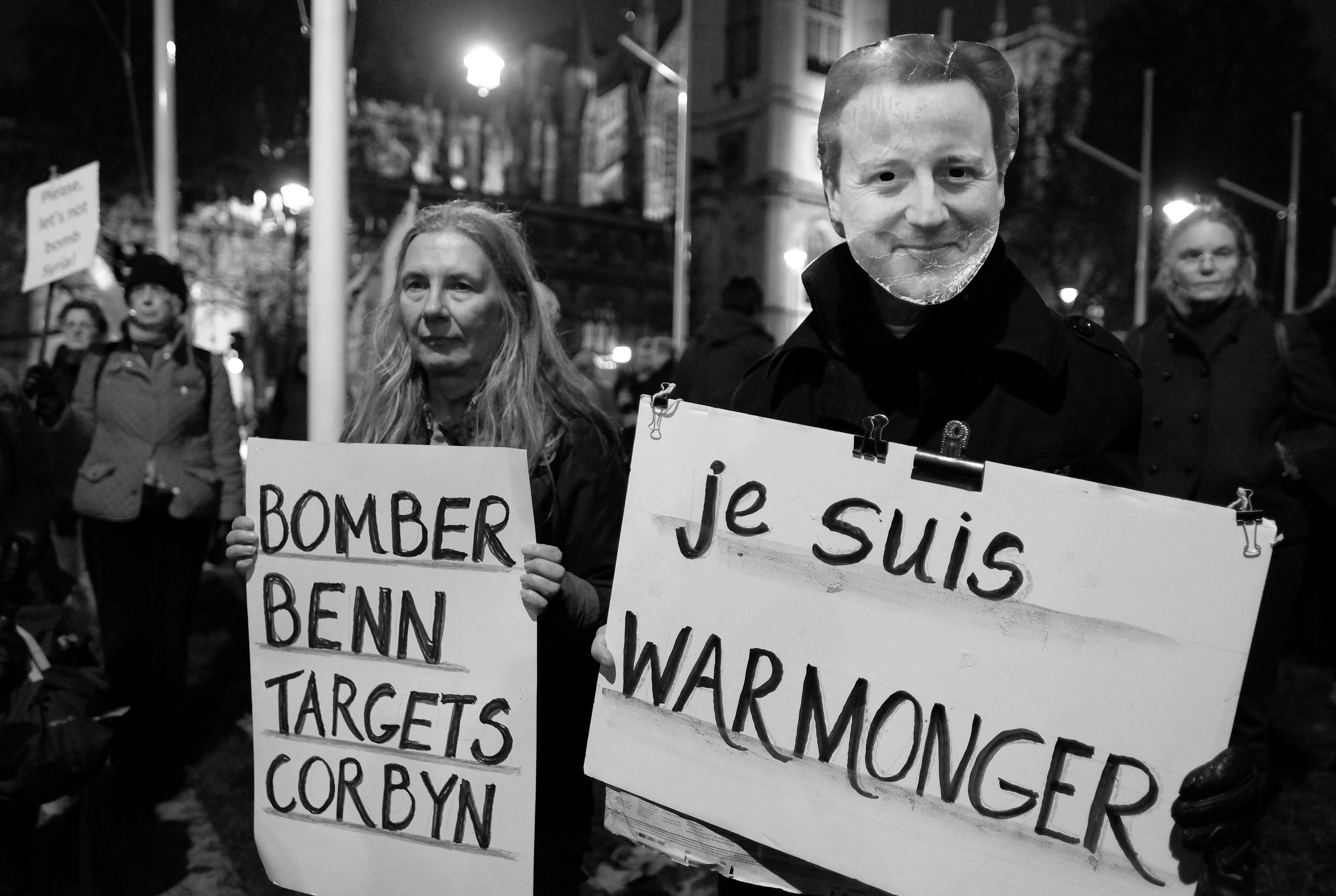 Most of the press coverage has been a depiction of Labour leader Jeremy Corbyn’s attempt to promote his well-entrenched pacifist views across his party, including his defiant frontbench as well as Labour activists, and more widely to a British public. Electing to avoid a showdown with his shadow cabinet, Corbyn invoked a free vote, allowing Labour MPs to join the government in accordance with their conscience. This led to big names within the party, including shadow foreign secretary Hillary Benn (hardly a surname associated with use of force), Alan Johnson and Margaret Beckett, who argued that Paris would not abandon London should the roles be reversed. The support of our international and regional allies, a proportion of success in destroying the enemy and a legal base within UN resolution 2259 were cited amongst the reasons for Labour rebellion in favouring airstrikes.

As well as recognising the UK’s obligation to its Nato allies, proponents of airstrikes like Benn acknowledged that “inaction also costs lives” in reference to Labour’s defeat of the government in 2013; despite the fact that the opponent in that debate was the same Bashar al-Assad that this strike against Isis will help to secure in power with the help of his Russian bedfellows. However, it is arguable that foreign intervention may be necessary to mitigate the potential for a regional civil war, spilling over national borders between Shia-backed regimes (including Iranian and Hezbollah forces) and a Sunni jihad financed by Saudi Arabia. Considering Britain has been heavily involved in the creation of this conflict, it could be argued it has a moral duty and symbolic obligation, as well as the advantages of military expertise like precision Brimstone missiles, to intervene; or it could be time for intra-regional resolution rather than manufacturing more Western-approved regimes.

Corbyn and his comrades, including various SNP MPs in a rare collusion with their Labour rivals, raised notable objections to Cameron’s case. Questioning the ’70,000 moderate forces’ of the Free Syria Army which the UK would be effectively supporting evoked memories of the 2003 ‘dodgy dossier’; noting that the UK could not afford another conflict based on faulty intelligence and the risk of arming radical Islamist forces. The Iraqi elephant in the room was alluded to on more than one occasion, with phrases like “no exit strategy” conjuring depressingly familiar debates about the ineptitude of Western foreign policy planning in the Middle East. As Iraq proved, it is easy for a Western military alliance to destroy a state; more difficult is building its replacement; settling sectarian disputes, building stable institutions and legitimating a peaceful leader forming the hangover of Western warmongering. 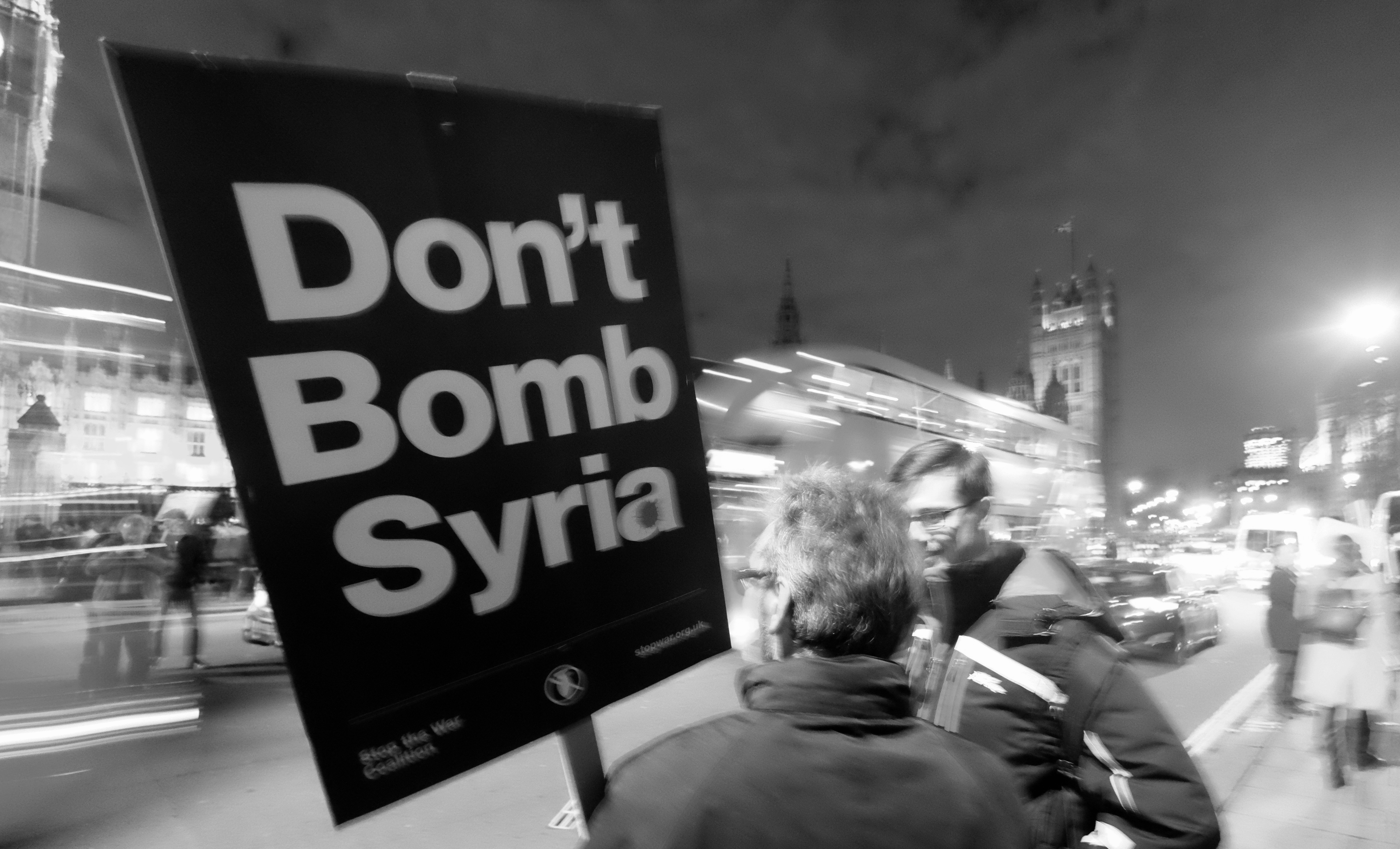 Committing to airstrikes against a diverse and fragmented enemy is a project that is bound to cause civilian casualty as well as increase waves of anti-Western sentiment across the Middle East. This ought to have been time for the Stop the War chairman and notorious non-interventionist to shine. However, his campaign created a vacuum filled by a Twittersphere seemingly more determined than its leader. Rather than use his platform to articulate an issue central to his succession, Corbyn chose to nit-pick Cameron and his cronies. In addition, he failed to present a viable alternative; instead interpreting the UN resolution to support soft-power methods with the utopian hope of “negotiated settlement”.

Whilst “cutting off funding, oil revenues and arms supplies” would be a step in the right direction, if Isil radicalising the European youth from their laptop screens and causing global slaughter of a predominantly Muslim population, a fact overlooked by Western press, with little more than knives, financial constraints aren’t going to be enough. Corbyn’s strategy has been to win a battle by poking holes in his opponent’s armour, failing to mobilise a moral argument and a viable alternative to a bombing campaign and to communicate thirty years of conviction to a British public receptive to alternatives.

Whether an airstrike campaign is a short and precise shutdown of Isis leadership or the beginning of a prolonged series of unfortunate events that the UK will remain tangled up in for decades, remains to be seen. By ‘beginning’, of course this includes an illegal invasion of Iraq, a weaker military undermined by economic crises, a fractured relationship with a US administration committed to isolationism, a failure to remove a home-grown dictator, assertion of Russian aggression, a mass migration of refugees across Europe and a continent falling apart at the seams originally sown by British and French imperialism; no one said this was an easy puzzle to solve, and one which this writer cannot claim to know the solution to.

To speak in abstract terms of ‘right’ and ‘wrong’, ‘bomb’ or ‘peace’, undermines the complexity of this, and of all conflicts. This is debate that cannot take place in 140 characters or less. By the nature of our Parliamentary democracy means as of today, Britain goes to war. Whilst the outcome of a bombing campaign ought not to determine its morality, whether airstrikes will achieve its aims of destroying Isil (likely) and creating a peaceful and stable government in Syria (need I even say ‘unlikely’) will ultimately decide how this history will be written.