Scottish Independence – Where are we now? 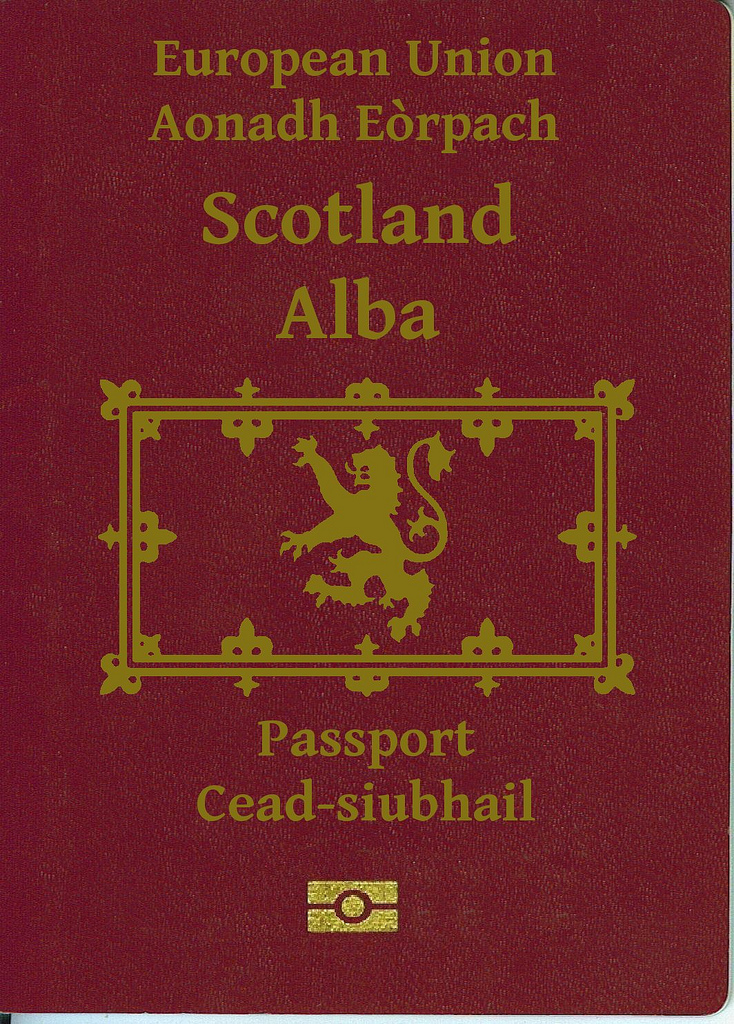 Will we soon be seeing Scottish passports?

With only eight months to go until the vote on Scottish independence, we will be taking a look at how both campaigns are going and what is likely to happen when the vote takes place in September. It can certainly be said that if the referendum goes in favour of Scotland becoming independent there will be a drastic shake up within UK politics.

The “Yes” campaign led by Alex Salmond and the SNP has been one which has followed a sort of rhythm. One minute it seems as though it has the driving force which would take them over the finishing line and gain independence but then it seems to stall, if this is anything like how an independent Scotland would perform, it would be terrible for the Scots. Where are we now? you might ask in regards to this ongoing cycle. Well, it appears the campaign in favour of independence is gathering momentum again.

In September 2013, it was looking bleak for Salmond and the SNP, as they were polling at around 32% versus the 49% against independence. However, the ICM poll for Scotland on Sunday shows a completely different story, emphasising the momentum that the “Yes” campaign is in full swing. Support for the campaign had jumped by 5% to 37%, whilst the “No” campaign fell by 5%. Furthermore, undecided voters were also pressed as to how they’d vote if they had to, which left the “Yes” campaign with 47% of the support from undecided voters. This could be the time for Salmond to use this driving force and try to push for the victory in September. Should these trends continue, the “Yes” campaign will win by quite some distance – but we can never fully predict what will happen in British politics, so it would be foolish to write off any side for the time being.

So, what about the “No” campaign then? Well it has been a fairly straightforward campaign for the opponents of independence. Those against Scottish independence have focused mainly on the problems of independence in an attempt to keep Scotland as part of the United Kingdom. The main problem highlighted with Salmond’s plan is the economic instability that independence would bring in regards to currency and the European Union. One of the strengths of this approach is the ability it may have to alienate younger voters. With votes being open to 16–18 year olds, having a political battle full of economic jargon could potentially disinterest younger voters, but this is actually a key political strength for the “No” campaign as it is thought that the 16–18 year old voters could swing in favour of independence.

In regards to the “Yes” campaign gaining momentum again, opinion polls don’t necessarily prove anything. Up until the May 2010 election, UK polls had the Lib Dems on the same share of the vote as the Labour Party, but in the end the Labour Party finished with a 6.1% lead over the Lib Dems. Polls are always speculative. In fact, this is more than likely to have a wider gap between the poll and the actual result due to the issue of independence itself being so heatedly contested. The “Yes” campaign may be gathering momentum in the polls but that doesn’t equate to Salmond’s campaign winning come referendum day.

In the UK parliament, rarely has there been such an overwhelming consensus that Scotland should be encouraged to remain within the United Kingdom. We’ve had Miliband, Cameron and Clegg all battle with each other since 2010, but the one thing that they have come together on is that they are anti-Scottish independence. Cameron, like others, has pinpointed that Scotland will be more “stable and secure” should it remain a part of the United Kingdom with some focus being put on the history of the United Kingdom as a whole. Even fringe parties such as UKIP are offering support to the “Better Together” campaign, although the focus from UKIP has been different to that of the main political parties with Farage taking his traditional approach of stay away from the EU as a whole, which wouldn’t be possible should Scotland gain independence.

Now it is time to consider how the referendum itself will go. If history is anything to go by, the “Yes” campaign should win considerably, as it did in regards to devolution of Scotland. However, this is a much more significant issue as it would lead to Scotland becoming an independent state away from the United Kingdom. History can repeat itself, but I don’t think history itself is enough to suggest that the “Yes” campaign will be victorious in September 2014.

Personally, I feel the “No” campaign will be the victorious campaign come referendum day because of the trends we are seeing with the SNP. We are seeing that they always seem to have a major motivation or driving force but it soon fades away and the campaign itself is taking its toll on SNP funds. If the referendum goes against Salmond’s party, they will be in a detrimental position themselves with diminishing funds and seats to fight for. The SNP never seem to be able to have a long-term winning strategy and I feel it is this which will let them down this time as well.