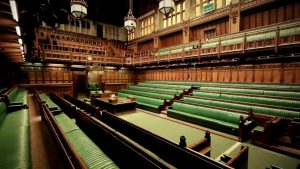 It is perhaps unsurprising that the issue of Brexit has rejuvenated debates surrounding the sovereignty and powers of parliament. Parliamentary sovereignty was a key part of the “take back control” battle cry of leave supporters before, during and after the 2016 referendum. However, the extent to which Brexit has affected the debate surrounding parliamentary power is staggering. Just over ten years ago, when Tony Blair was Prime Minister, all the academic literature and journalistic rhetoric on this topic suggested that parliament was just a ‘talking-shop’ with the government having complete control of legislature. Yet in recent years parliament has been clawing back control and I would argue a central factor to this has been the issue of Brexit. In this article I would therefore like to discuss three ways the issue of Brexit has changed how parliament functions.

The Power of the Backbench Business Committee

Before we were even calling it ‘Brexit’, the European issue was changing the way our parliament works. This was seen in a 2011 Eurosceptic plot to get parliament to support a referendum through the new Backbench Business Committee.

An organised group of Eurosceptic rebels conspired to get their people elected to the Backbench Business Committee in order to force onto the floor of the house a vote on a referendum on EU membership. They completely took the government by surprise and after some ferocious campaigning from both the government and the rebels they managed to persuade 81 Conservative MPs to vote against the government.

Despite the vote going in the governments favour it was significant in two ways. Firstly, it was one of the incidents that encouraged Cameron to promise a referendum. The affair helped demonstrate that he could not unify the party in the short term without addressing the referendum issue. Secondly, it was the first demonstration of how effective the new Backbench Business Committee could be in putting pressure on the government. Many before this incident just saw the committee as a placating gesture to backbenchers in the spirit of reform following the expenses scandal. Real power would still be with the government. However, this incident proved that the Backbench Business Committee could be used to hold the executive to account and, for perhaps the first time in modern political history, give backbenchers some power to create their own legislation and policies.

Another Dent to the Royal Prerogative

Nearly two years ago all eyes were on the British Supreme Court. Only introduced to the constitution in 2009, the ruling it was about to make was by far the most important and consequential ruling in its short history. The issue before them was whether the government using its powers under the royal prerogative could trigger Article 50 of the Lisbon Treaty without parliament’s approval, officially starting Britain’s withdrawal from the EU.

The royal prerogative is a term used to describe the powers and privileges that remain with the monarch, or in practice her government. These powers include control over many aspects of Britain’s foreign, defence and national security policy. In recent years these powers have been under scrutiny, in particular the ability of a government to conduct military operations under the royal prerogative. This power has essentially been taken back by parliament as although no law limits a governments ability to use military means, it has become a convention that the government will consult parliament.

A new discussion over the royal prerogative arose over the Article 50 issue. The government argued that it did not need to consult parliament before triggering Article 50 as such an act would be well within the government’s powers in accordance with the prerogative’s authority over foreign affairs. Whereas, in opposition to this Gina Miller and her supporters argued that, as parliament put into law the 1972 European Communities Act and as the rights of many British citizens would be affected by the decision, parliament must have the final say.

After listening to these arguments, the court ruled 8-3 against the government. This forced the government to consult parliament on triggering Article 50. As well as being significant in affecting the position the British judiciary holds in this country, this ruling was also significant in its impact on the powers of parliament. It may well have created a new precedent of parliamentary checks on the government’s use of the royal prerogative in foreign affairs. Just like with parliament gradually gaining authority over military affairs, this ruling could be the start of it gaining influence over many matters of foreign policy. If this comes to pass then this would be another noteworthy growth in parliaments authority caused by Brexit.

The Role of the Speaker

Finally, Brexit has repeatedly brought up issues surrounding the powers of the Speaker. John Bercow has always been a proactive speaker, rarely afraid to cause controversy. However, his decisions regarding Brexit have drawn the most ire and debate of his speakership.

Firstly, in 2013 he broke with precedent in allowing an extra amendment to the Queen’s Speech which expressed regret that the government was not proposing a referendum bill. This was a hazy interpretation of Commons Standing Order 33 that put more pressure on David Cameron to support a referendum. It meant that in the future third parties or parliamentary groups, such as the Conservative Eurosceptic rebels, did not have to pick between a Conservative and a Labour frontbench point of view and could have their own voice on the Queen’s Speech.

Since then Bercow has continued to be a controversial figure in the Brexit debate with him publicly saying he voted remain and criticising the government for delaying the meaningful vote. However, he outdid himself this week in what BBC Mark D’Arcy described as driving “a coach and horses through [the] accepted normal practise” of parliament. Allegedly against the advice of the Commons Clerk Sir David Natzler he allowed for an amendment to a motion that only government ministers could amend. The amendment, which succeeded, required that if the government was defeated in the House on its withdrawal bill it would have to return in three days, not 21, to find a solution. This may have a huge impact on the proceedings of Brexit and may have implications on how easily a government can get its business through parliament in the future.

What both incidents demonstrate is that Brexit has played an important role in shaping the role of the speaker. It has pushed Bercow into making drastic and controversial decisions that have given new powers to parliament. His interventions on Brexit have broken with many norms of how a Speaker should act and may encourage future speakers to play an equally proactive role in holding the government to account.

Whether you believe Brexit will benefit Britain or not, it has been a success story in many ways for parliament. The Brexit debate has caused a significant shift in power towards parliament and away from government as can be seen in these three incidences. Whether this will continue we can only speculate at but if the government fails to get its deal through parliament in the coming weeks it may well become Parliament’s responsibility for the first time to decide what government policy should be. This would be further proof that Brexit has empowered parliament and who knows how it will effect debates surrounding parliamentary power for years to come.