If there had been ‘Grexit’ would there have been Brexit? 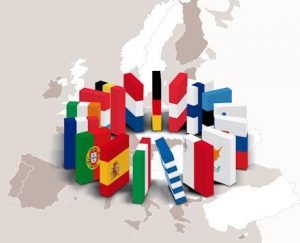 Remember Grexit everyone? It was a Balliol graduate working for Citibank, Ebrahim Rahbari, we have to thank for that term (and, presumably by extension, the term Brexit also).

Short history lesson: Greece became a member of the EU in 1981 and became a part of the Eurozone in 2001. Its admission to the Union for farcical. Greece in no sense met the required economic criterion to join. Yet France insisted that “the country of Socrates had to be a member of the European Union.” Then again, the would ‘farcical’ comes from the French meaning ‘to stuff.’ This was true, in so many ways. If only they had known it at the time.

Of course, the whole business was quite ludicrous, but is quite true. It speaks volumes about the desire of the EU to rashly expand and gain prestige, whatever the price might be. As Bishop Axel Oxenstjerna (1583-1654), Chancellor of Sweden, once said: “An nescis, mi fili, quantilla prudentia mundas regatur” (“You do not know, my son, with how little wisdom the world is governed.”)

Oh, and there has been a price to pay. A price paid by both Greece and the rest of Europe. There was bound to be a price to be paid for admitting a country that did not only fall short of the necessary financial entry criteria, but had spent half their national history in financial crisis. In their modern history Greece had been ‘bankrupt’ on five separate occasions: 1826, 1843, 1860. 1894 and 1932. Any sane banker would not look at the country twice as an investment.

We can all remember the story from 2012 I am sure. Kenneth Clarke, a former Chancellor of the Exchequer, described the departure of Greece from the Eurozone (if not the EU) at the time as “inevitable.” In a leaked memo David Cameron suggested that it would be better if it had happened. In Greece ‘Plan Z’ was being drawn up so as to allow Greece to withdraw from the Eurozone without a Greek bank collapse. The country was teetering on the edge of a crises. Then again, so was the rest of the EU experiment. Was Greece to be bailed out yet again just so as to keep them in the club?

There were many problems for the Greek economy. Yet one of the key ones was this: Because they were shackled to the Euro, their economy had a bogus value. For the Euro was in tune (pretty much) with the economy of France and Germany, but not that of Greece. This also caused problems in Portugal and Spain etc, but hit Greece particularly hard. Britain, with an independent currency, could engage in quantitative easing. Greece and others had no such luxury. Their economy simply got deeper and deeper into debt and trouble as a consequence.

For the EU, Eurozone and the banks, Greece could under no circumstances drop out of the Eurozone. Firstly, it would be the ‘haircut of all haircuts.’ The return to the Drachma would mean all Greek debts would be revalued to a next-to-worthless currency. Great for paying off your debts which are now set at next to nothing, but a world of pain for the banks and the international investors. Argentina tried the same trick and it worked. Yet the pain for the international banking community and the impact on the confidence in the ‘system’ would have made it unacceptable to allow for Greece to cut loose.

Yet, of course, the other reason was far simpler. What if Greece, after some pain (for prices would rise rapidly within the country), made a success of departure? What if its economy readjusted, found its right place in the world, and proved that the ‘Greek niche’ could be succesful. That was something that Berlin and Paris simply could not bare, politically, to happen.

So for financial (the banks) and and for political (the EU) reasons yet another bailout was proposed. The ‘can’ of the debt and the political problem was not just to be “kicked down the road,” it was to be permanently hoofed out of the stadium. A deeply humiliated Greece approved the plan in a rushed referendum (yes, it can be done) on 5th July 2015. Democracy – a good Greek word – had spoken. Greece was now condemned, seemingly forever, to be the sick relative kept on a retainer. All this, just to keep them in the family and in thrall to the system.

The consequence has been that the Greek economy has been on permanent ‘life support’ ever since. The bailout cost the rest of Europe an estimated $360 billion. A sum bigger than the economies of both Denmark and Malaysia. The tragedy – another appropriate Greek word – is that the maintenance of the Greek economy on ‘life support’ will keep that economy in a mixture of both paralysis and delusion, to the long-term unhappiness of its people.

Yet what if the Greeks had turned down the package? Would Brexit have happened then? Probably not is the answer. For in May/June of 2016 David Cameron could point to an example of what happens when you “mess with Europe.” At the time Cameron’s threat of a ‘leap in the dark’ was merely theoretical. If he had Greece to point to (whether they were out of the Eurozone or out of the EU, or both), he would have had a realistic example of our potential fate.

Of course, the UK is not Greece and was in an entirely different position. Equally, given time the Greek economy would have worked itself out and, in a small way, would in, say, ten years have been ploughing its own financially appropriate and successful furrow. However, in May/June 2016 it would still have been going through the trials of economic restructuring outside the Eurozone/EU. They would have been a disaster to which Cameron could point.

In short: ‘Remain’ would have won and David Cameron might still be at the top.

There is another term from 2012 that we might consider at this moment. That term was ‘Graccident,’ that is, an accidental Grexit. A Greek departure from the Eurozone/EU without really intending to do so. The question for us today is this: Are we currently heading for a ‘Britccident?’

In response to this one might say, perhaps history might repeat itself? It was noticeable that Sterling rose rather than fell this week, despite the political crises. Do the markets know something that the politicians do not? Will the financial system, as it did in 2012, rein in the politicians, bang their heads together, and make sure there is no ‘Britccident’? Are strings already being pulled by the ‘masters of the universe’ that mean that, despite the remonstrations of Corbyn, the City is leaning on politicians on all sides to broker a practical solution? This all does seem to be happening.