Ed Miliband: Why Labour will lose the next election

Will Fremont-Barnes in UK Politics on 5 November, 2014. 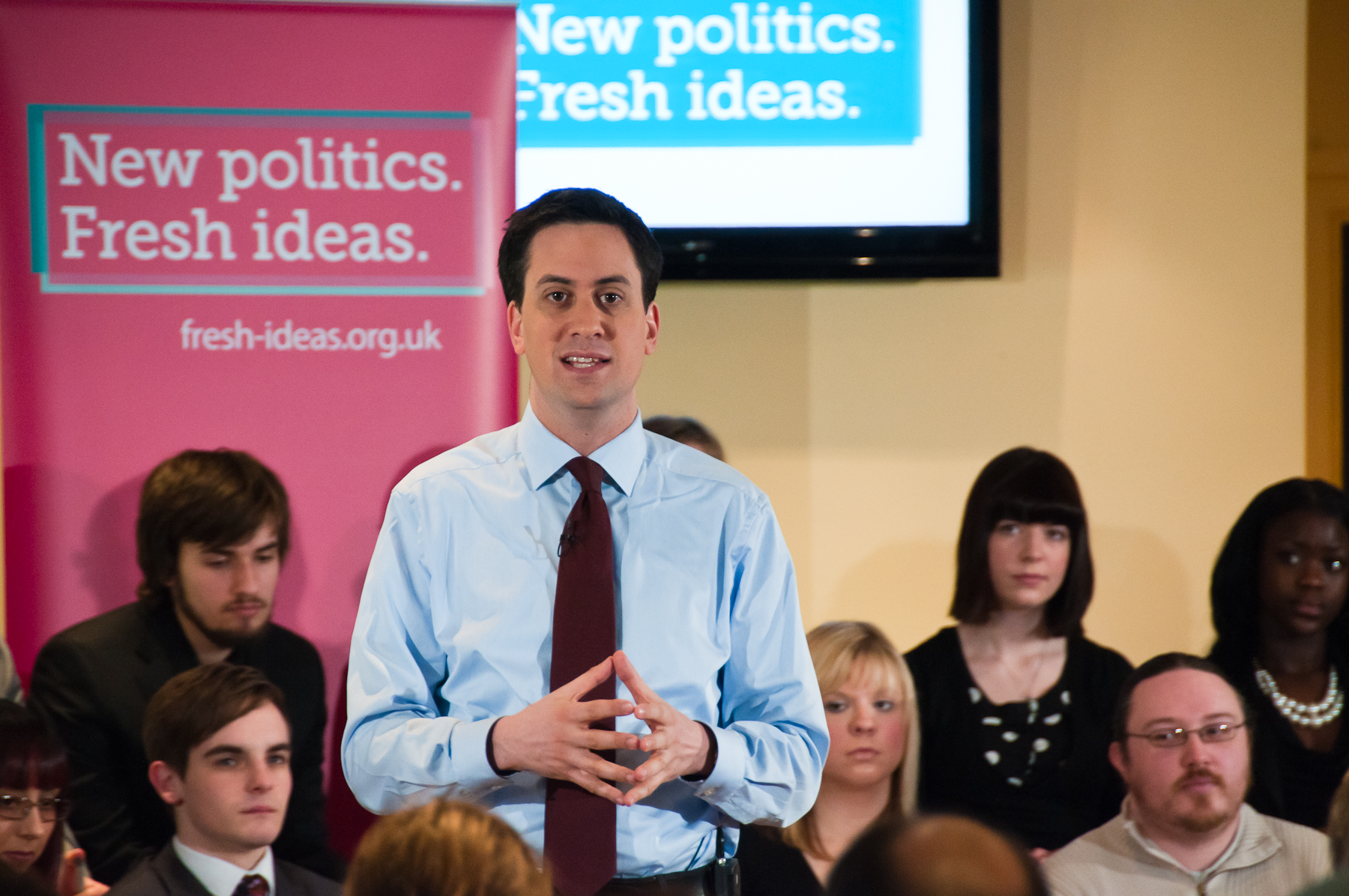 Can Ed Miliband challenge in the 2015 General Election?

When taking into account Tony Blair’s pre-election predictions, we must remember that he has been liable to underestimate his calculations before. In 1997, as every poll indicated that his party was on course for an overall majority (and a sizable one at that), Blair and his inner circle preached caution, in no way presuming that victory was theirs. Partly this was to avoid the mistake made by Neil Kinnock, whose ‘We’re Alright’ rally in Sheffield will go down in the annuls as one of the catastrophic mistakes in British electioneering, but it was also because the Labour leader could not envisage his party sweeping the nation in the comprehensive manner that it did.

There is no chance of a similar phenomenon occurring this time around. Even the most ardent Labour supporter acknowledges that any victory at the upcoming general election would be by the slimmest of margins, most likely earned by virtue of entering a coalition. Assuming that Labour is indeed the dominant party in Westminster after polling day, they would need to gain 69 seats in the House of Commons to obtain an overall majority. That is an even more substantial swing than Margaret Thatcher’s Conservative Party achieved in 1979 following the ‘Winter of Discontent’.

Given that the political landscape is nothing like as turbulent, nor the incumbent government anywhere near as undermined or beleaguered, it is a stretch to think that Labour in its current state will be able to emulate that same feat. The possibility of a Labour-led coalition cannot be dismissed entirely, although the noises emanating from the Liberal Democrats, kingmakers just as they were in 2010, is that they would rather stick with the Conservatives given the choice. Even taking into account their often fractious relationship in government over the past four and a half years, it is perhaps a case of better the devil you know for Nick Clegg and his colleagues.

According to the Daily Telegraph, Blair has told confidants he is convinced Labour will fall short at the election because he does not think they have made a good case for themselves, or that Ed Miliband can overcome David Cameron in the Prime Ministerial battle. Blair’s apparent criticism is significant for a number of reasons. As referred to earlier, his natural wariness caused him to undervalue the pulling power of his New Labour project, meaning that he must be absolutely certain about his judgement to call it at this early stage, with the election still more than six months away.

Blair’s perspective matters because he knows better than any other Labour figure, past or present, what it takes to win over public minds and, therefore, elections. His record of winning three in succession, matched only by Thatcher, is one that cannot be ignored, demonstrating his aptitude at reaching out to large swathes of the electorate that cast their votes elsewhere before his leadership, and have deserted Labour since his resignation as Prime Minister in June 2007.

Although Blair’s office has denied the alleged sentiments expressed in the Daily Telegraph, its refusal to predict a Labour win in May when asked by the same paper cannot exactly be construed as a ringing endorsement. Blair, though predominantly supportive of Miliband in public despite his very different approach both in terms of proposed policy and presentation, has launched thinly veiled attacks before. In July, he urged Miliband not to retreat to his left wing “comfort zone”, insisting that the Third Way approach endures as the “surest route to electoral success”.

Not content merely in retreating to his comfort zone, Miliband has made a nest for himself in it, staking his political reputation and survival on a left wing platform that has had little traction with voters in the past. Having already dismissed large parts of the New Labour movement as a betrayal of Labour’s core values, Miliband has taken further strides to the left since the summer, vacating the centre ground which Blair rightly identifies as essential to election success by reiterating his opposition to the bedroom tax and proposing the introduction of a mansion tax. He is rejecting the advice of a master electioneerer at his own peril.

Just as with their Conservative counterparts, ideological clarity is beginning to emerge from the Labour ranks as the election draws closer, but it is not necessarily one which the British people will be prepared to endorse. Throughout his time as Leader of the Opposition, Miliband has faced criticism in all areas, from his manner of speaking to his ability to devour a bacon sandwich, and even some regarding his management of the party from those wishing to disassociate themselves from what they consider a sinking ship.

Blair is right when he talks about Miliband’s failure to connect with voters, but it is certainly not for want of trying. He has been in tune with the majority view of the British people on a number of issues, relentless in his pursuit of the Murdoch empire after the full account of the News of the World hacking scandal came to light, and equally impassioned in his defence of his father following a Daily Mail article which most reasonable people on both sides of the political divide considered to be in poor taste, distracting attention from the Conservative Party conference in the process. Whatever the rights and wrongs of intervention in Syria, he and his opposition frontbench reflected a widely held view that it would be wrong to embark on a bombing campaign without a clear strategy of what we were doing and who we were helping, showing a restraint that has been vindicated by events over the past year.

Yet the problem is that Miliband has ducked too many fights. He has, to his credit, been prepared to take on the unions, cutting off the hand that feeds him in some respects given that their intervention secured him the leadership vote ahead of his brother in 2010. That, however, is an issue to do with internal party politics, one that matters little to the public at large. Miliband has been found wanting when it really counts: weak in taking the fight to UKIP and articulating the benefits of the EU and immigration; passive when it came to securing the future of the United Kingdom in the recent Scottish referendum; unenthusiastic when voting reform was on the agenda at the beginning of this parliament.

Miliband needed a Clause IV moment, a chance to state emphatically his plan and purpose from a position of strength, just as Blair did by scrapping the party’s historic commitment to public ownership of the means of production. Instead, Miliband’s vision has lacked the focus and universality that Blair implores now and promoted during his time in power, meaning that this recent retreat to a left wing comfort zone has smacked of panic. In time, we may come to view the Miliband interregnum as the necessary transition from the slow demise of New Labour to its re-emergence after 2015 under new leadership as a progressive centre-left institution.

Blair’s apparent certainty that Labour is heading to an inevitable defeat is the most damaging report Miliband could have wished to hear. How Blair must despair as the party he made electable is rendering itself unelectable once more in front of our very eyes.