Britain: A Nation Of Immigrants That Must Embrace Its Diversity 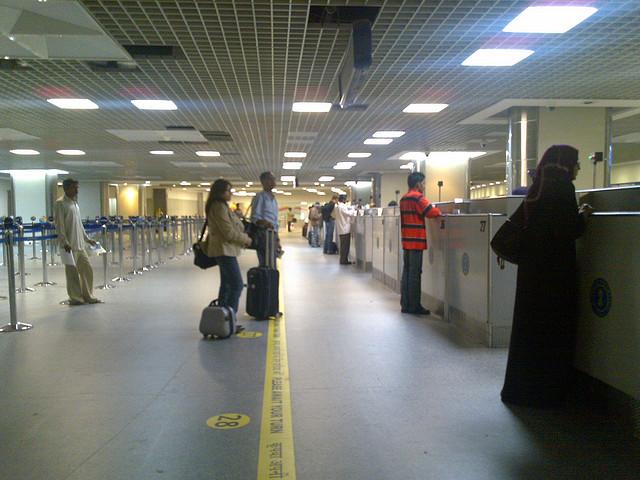 Is it hypocritical to be anti-immigration?

The 2015 general election, for which preparations are already firmly underway, promises to be dominated by two decisive and interrelated issues, namely Britain’s involvement in – or potential exit from – the European Union (EU), and the immigration to these shores by foreign nationals that is a partial consequence of this countries’ present membership.

Surrounding both issues, there exists fierce debate – the kind not seen in Britain for some time – between two sides with considerably differing convictions.

In both cases, also, the debate is divided into two battlegrounds, on which the competing ideological protagonists are presently jostling for position in the hope that they shall hold the superior position come next spring.

These critical battlegrounds are the economic and the socio-cultural.

The immigration debate – when it has been had by politicians, journalists, academics and the like of late – has tended to take place, not exclusively but principally, on the economic battleground.

It is here that controversy is greatly easier to avoid for those for whom image and popularity is paramount, for the ‘racism’ label – so often used by one side to invalidate the other’s argument with little regard for the sanctity of true political debate – is much harder to deploy on this battleground as an effective retort to a case.

In spite of this focus on economics in the media, it is the socio-cultural debate that most strongly concerns the people of Great Britain, and it is on this battleground that regular Britons tend to compete.

The social argument has the almost inimitable ability to level the playing field; there are no statistics, no facts and no objectively-correct viewpoints, as there are in the economic debate. People can call upon their experiences and employ logic and reason to justify their arguments, which makes it the far more attractive battleground for the majority of regular Britons.

If the exponents of immigration wish to convince the people of this nation of the merits of their claims, then it is imperative that they win the socio-cultural debate.

Contrary to how they may feel at present, given the prevailing views in this country, there are a variety of convincing arguments available at their disposal.

A most reasonable place to begin is with the undeniable truth that Britain is a nation of immigrants.

Invasion and occupation throughout our history – by the Romans, the Scandinavians, the French and many other nationalities – has ensured that Britain today is comprised of the descendents and ancestors of numerous different ethnic groups.

Furthermore, whether our society is or is not, our culture is undoubtedly one that is increasingly multicultural.

Our artwork, our literature, our film and television, our theatre, our music, our clothing and, most obviously, our food, is influenced by people from around the globe, and encompasses cultural trends and traditions from all corners of the world.

One of the points made by opponents of immigration is that the continued movement of “foreigners” into this country will damage our culture, and slowly erode ‘British’ customs and traditions.

But the truth of the matter is that our culture is not solely ‘British’ anyway, it is an amalgamation of the best that all the countries of the world have to offer, and the result of this global influence is a culture that is diverse, varied, progressive and, quite frankly, spectacular.

Many in Britain are more than willing to accept the customs and cultural habits of other nations and yet, simultaneously, resist the integration of British people with the people that descend from these cultures.

There are many in Britain who oppose the immigration of Indians and Bangladeshis into this country while, at the same time, sitting down to eat a curry.

These people have contributed to our culture, as can be seen by simple observation of the food available in our supermarkets or the books on our shelves or the music on our iPods.

By opposing immigration we are being selfish and blind and standing in the way of our own cultural progression.

We need not fear, as many opponents of immigration would have us believe, that our ‘British identity’ will be eroded by immigration, for most immigrants embrace our identity, and are proud to become part of it. That, of course, is part of the reason why they chose to leave their countries and come to Britain.

Culturally, this country can benefit immensely from immigration. We can take from the immigrants’ culture those bits we most admire and absorb them into our own while simultaneously maintaining our own traditions and retaining our sense of ‘Britishness’. This is exactly what we have been doing for hundreds of years and there is no reason why we cannot continue to do it.

It is going to be an almighty challenge for the supporters of immigration to win this debate.

While the economic statistics will give them encouragement, the socio-cultural battleground is the one on which they must triumph if they are going to gain widespread support for their views, and it is on this battleground that a decisive victory is so much harder to attain.

But they should not be disheartened, for there are numerous strong arguments in favour of their cause and they must endeavour to convince the British public of their merits.

If they can achieve this gargantuan task, it will be a triumph for rational debate, for cultural progression, and for all the people, whether they were born here or not, who love Great Britain.