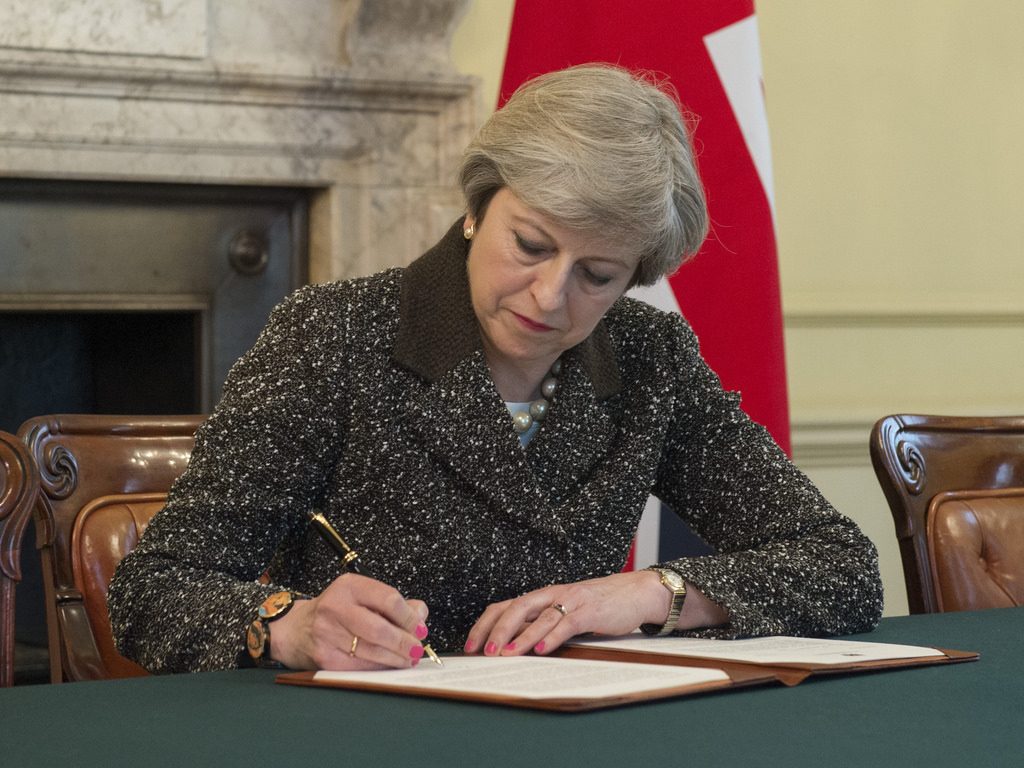 I suppose I should start off by defining what I mean by “win”. That would be a situation wherein the PM ensures that Britain’s exit from the EU angers as little people as possible, both inside the country, and outside, for the sake of foreign policy. Given this criterion, I can safely say that, tragically, Mrs May will not win, no matter what decision she makes.  That’s because said decisions are themselves limited to a very small pool of options that all lead down different dead ends of public outrage. Consequently, that begs the question: what CAN the Prime Minister do? For starters, May could try to revive and tweak the Chequers Deal to address the criticism of her European counter-parts. Given how long the original proposal took to be drafted, I’m seriously sceptical about the possibility of a brand-new agreement coming about with the March deadline looming closer. Thus, if May wants a Brexit deal, this is likely the only solution. On the other hand, she could attempt to leave without an agreement with the EU, which increasingly seems like the most probable option. Finally, she could start voicing support for a second referendum in a gambit to stop Brexit altogether. Unfortunately, none of these options are going to help May go down as the most be-loved British PM in history, and I will now proceed to explain why.

Now then – the Chequers Deal. The agreement would have involved Britain temporarily remaining in the customs union in order to postpone negotiations over the Northern Irish border. Moreover, the Island Nation sought the permission to form trade agreements with non-EU states during this transitionary period, which Europe took issue with. This is because access to the single market forbids members from individually negotiating such deals with third parties. Thus, Britain would have been unfairly placed in a privileged position and likely caused internal squabbling and conflict within the EU. The problem with addressing this criticism is that backing down before EU leaders would likely outrage Brexiteers. The fact that pro-Leave citizens and politicians were already angered by the European delegation for not undermining itself in order to please Britain demonstrates how that could be a very real possibility. This’ll be more so the case if May’s compromise involves the country staying in European institutions like the EEA, which would be considered an ultimate betrayal from the government. Moreover, not staying in the customs union would force the island nation to deal with the question of the Irish border before Brexit culminates. Undoubtedly, this would cause further resentment towards the PM since parliamentarians have been desperately trying to bide time for a sensible agreement ever since the EU referendum.

The Northern Irish question would also be the central issue in a no-deal Brexit scenario, as it would force the UK and Ireland to build checkpoints along the border. This would be problematic since it would infringe on the Good Friday Agreement, which specifically commands freedom of movement between Ulster and the rest of the island. Indeed, Sinn Fein and other nationalist groups in ROI have already warned May to tread carefully over this issue. Given this, there is a chance that a hard border could potentially precipitate terrorism in Northern Ireland, and potentially the UK as a whole. Moreover, May’s international reputation would likely take a severe beating in a no-deal Brexit scenario. Indeed, the EU has already expressed a desire to sign a deal that would enable the two countries to collaborate over matters of security and foreign policy. Thus, the PM giving up on drafting such an agreement would likely make her come across as uncompromising and stubborn to European leaders.

For the sake of foreign relations then, wouldn’t a second Brexit referendum demonstrating the PM’s interest in staying part of the European community be ideal? Well, not at a domestic level. In fact, prominent Tories like Boris Johnson as well as zealous Brexiteers have already condemned May’s hesitance to go through with a hard Brexit. Thus, the PM attempting to revert the process entirely would be perceived as a great insult. This is also because of the legitimate argument that doing so would actively go against the will of the majority (at least that of June 2016), and thus represent an affront to democracy. Moreover, May could be impeded from trying such a move in the first place by her coalition partners, the DUP. In fact, the latter have frequently deemed themselves to be in support of Brexit, and thus would likely oppose a second referendum.

Ultimately then, which of these options offer May the least drawbacks? Well, a second referendum is probably the most sensible choice at her disposal, all things considered. The demands of Remainers would be placated, regardless of the result, and the opposition has clearly expressed support for such a move. On top of that, an attempt for the government to keep the country in the EU would be perceived as a show of good will by European leaders. In fact, it would highlight the PM’s desire to strengthen multilateralism and collaboration within the region. Finally, should the “Remain” vote come out on top, the question of the Northern Irish border could be avoided altogether, and potentially spare the UK from sporadic conflict along the frontier.  Despite all this however, the aforementioned flaws with this solution still exist, and would prevent Mrs. May from closing the chapter on Brexit with a clean win. In fact, as I’ve argued throughout this piece, every one of the options poised before the PM will inevitably hamper her reputation in the eyes of some demographics. All that Mrs May can do now, is decide who these demographics are going to be.