Sir Winston Churchill was voted the greatest ever Briton in a 2002 BBC poll for his stewardship of Britain during the Second World War. However, recent years have seen an increasing number of people challenging his legacy. A few weeks ago I caught a debate on Good Morning Britain between Piers Morgan and Ross Greer, an MSP for West Scotland. Greer had attracted significant criticism for a tweet calling Churchill a ‘white supremacist mass murderer’. Rather naively I was surprised by the obstinate refusal of Morgan to consider the points made during the debate, paying lip-service to the points against Churchill and not giving them sufficient weight, if any at all. The debate further also revealed a significant issue in Britain related to politics and historical memory: the refusal to address significant flaws in the characters we praise as ‘heroes’. This is not a trait solely exclusive to Britain, but our complicated past makes this debate more relevant, especially as we now embark upon a new course. This also impacts our education. When studying Churchill, the focus is rarely placed on his hatred of India and Indians, responsibility for the Bengal famine or calling Benito Mussolini ‘the greatest lawgiver among living men’ in 1933. When faced with these incidents, defenders of Churchill play these off as quirks, merely being a product of sentiment at the time embodied by someone ‘larger than life’. Winston Churchill should not be seen as a wholly irredeemable figure. His leadership during WWII and dogged resolve to not surrender to Germany rightfully deserves the praise it receives. What this article aims to do however, is demonstrate how a more balanced and constructive dialogue is necessary when evaluating the troubled past of historical figures. 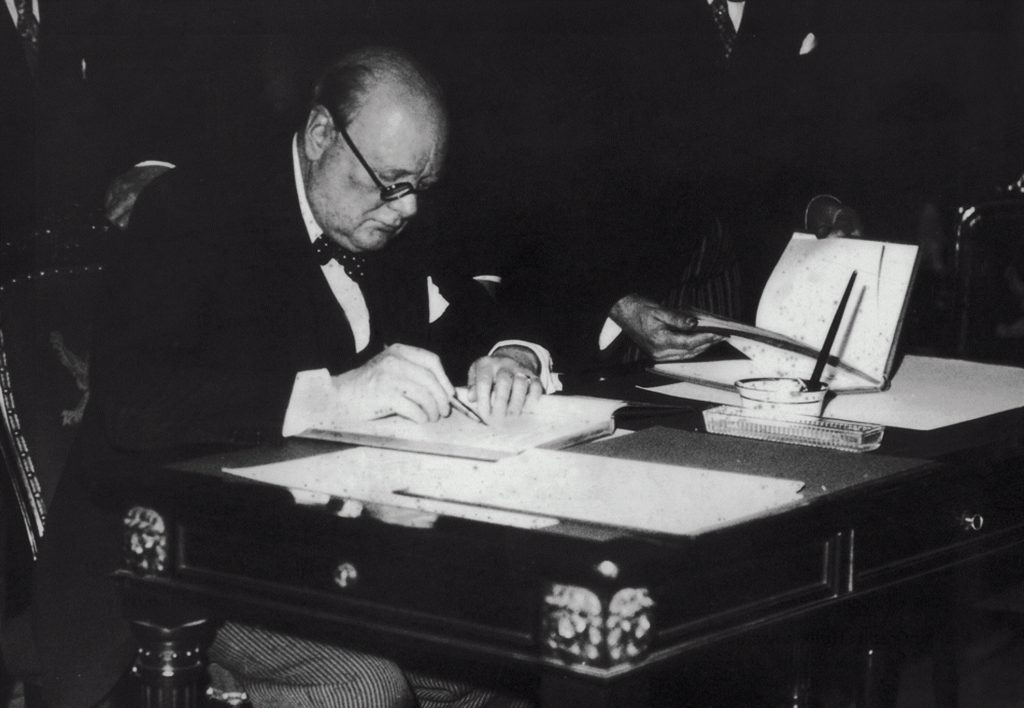 When considering criticisms of Churchill’s legacy, the most obvious target are his views on race. His dislike of other races extended beyond Indians towards any people of colour, a viewpoint best summarised by a Churchill quote from 1937:

Defenders of Churchill have claimed that statements like these and many others are just products of the Edwardian society Churchill grew up in. What this ignores is how Churchill was viewed by many of his contemporaries. The Cabinet during the war were specifically concerned with Churchill’s racism, exemplified by his Secretary for India, Leo Amery. Amery said that hearing the Prime Minister’s views on Indians, he found it difficult to distinguish between him and Hitler. Whilst this is an exaggeration, Churchill’s rhetoric towards non-white citizens in the empire was evidently more intense and racist than the majority of those around him at the time.

This attitude was not confined to Churchill’s speeches. The impact of his racism was felt in Bengal in 1943. Refusal to allow food shipments into the region during an incredibly difficult harvest triggered a devastating famine which resulted in the deaths of over three million people. Churchill’s response to the crisis was in step with his character: he said responsibility for the famine was that the Indian people ‘breed like rabbits’. Instead of diverting food to India he instead chose to reinforce food reserves in the Balkans, in case it became a new theatre for the war. Whilst this may be seen as Churchill prioritising the war effort, when combined with his views on race it is clear that Churchill was content for the disaster to unfold. It was only following sustained political and public pressure that supplies were finally sent to India. Whilst Churchill cannot be solely held responsible for the deaths from the famine, when considering his legacy and place in history, his responsibility for the catastrophe must be understood and evaluated alongside the positives. 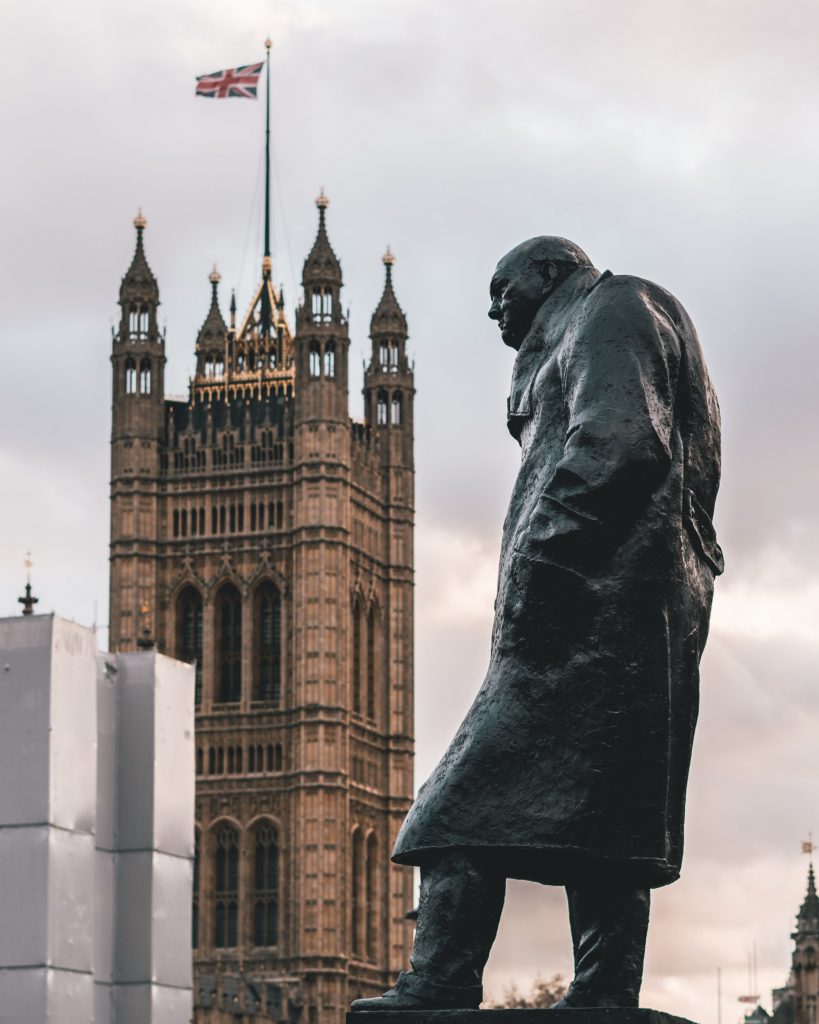 To add to this obfuscation of history there is also a revisionism of Churchill’s role in the war. Churchill is remembered as the great unifier in wartime, bringing the country together to rally behind him and oppose Nazi Germany. The reality is far more mixed. Richard Toye examined responses to Churchill’s speeches during the Second World War. What he discovered was that many didn’t share the optimism the Prime Minister had, sometimes viewing him as drunk or even delusional. This feeling extended even to Parliament. Following his succession of Neville Chamberlain, a large number of Churchill’s own party felt that he wouldn’t last long as PM. Many viewed him as a political turncoat, switching numerous times between parties, and others had little faith in his military leadership, still remembering how his obstinacy led to the disaster of Gallipoli. What occurred in the immediate aftermath of the war was a vast re-remembering of history, any negative aspects of Churchill’s leadership side-lined. Of course Churchill deserves enormous praise for his resilience and determinism during the war, managing to keep the country together and continue fighting (admittedly with some Soviet help, a point very often overlooked in our history). The issue comes with promoting him to an almost quasi saint-like state as someone who defeated Hitler personally.

For those who would argue that what I’ve just said is common knowledge, here is the debate between Morgan and Greer:

Both Morgan and Bob Seely, an MP invited onto the panel, are uncompromising in their views. Whilst they do partially accept Churchill’s significant flaws, they dismiss them pretty easily and hyperbolise any criticisms of Churchill as attacks against the British way of life as a whole.

I am not saying that Churchill was an evil man with no positive qualities. What we instead need to focus on is having a holistic understanding of the characters we view as ‘heroes’. When discussing Churchill, his views on race and role in the Bengal Famine as well as all the other negative aspects of his political career should be examined equally to his successes and not dismissed as some form of character assassination. The same attitude can be extended to any historical figure. For a time, Gandhi praised Mussolini, and wrote positively of segregation in South Africa. Furthermore, Mandela’s role in terrorist activity must be viewed as part of his political career. This is not to say that any mention of negative aspects of their life dismisses these figures out of hand. Instead it serves to understand that life and the way in which we remember it is a complex process, which needs evaluation on more than a simplistic level. As Britain embarks on a new part of its history, we need to understand our role in shaping the world around us, accommodating both the positive and negative aspects of all figures we consider ‘great’.