Josiah Wedgewood. John Lambton. Two names with very little connection. However, both of them played their part in Britain’s imperial legacy in understated, yet significant ways. They embody a complex history in which their commendable acts could only exist in a society we prefer to overlook. 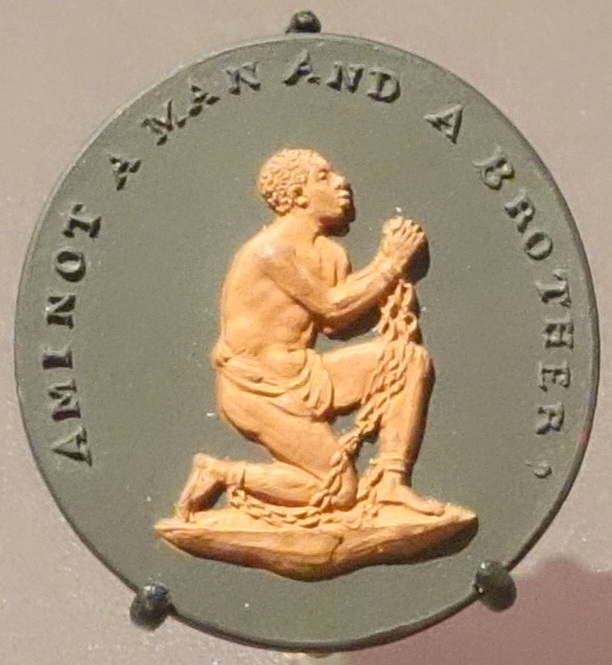 Am I not a Man and a Brother

Following the removal of the Edward Colston, statues largely overlooked, have been given closer inspection. Josiah Wedgwood welcomes all who exit Stoke-On-Trent Station. Placed front and centre across the road it is hard to miss his Victorian figure looking thoughtfully at a piece of pottery. But if you ask anyone in Stoke who Wedgwood is, they may question, ‘the guy with the plates right?’ Or recall the name from their Primary School house’s (in my school, Wedgewood was the blue house). Few of us are aware of the great role he had in the abolitionist movement. In 1787, Wedgwood produced a Jasper Copy of the emblem of the Society for the Abolition of Slavery. The medallion became a symbol of the campaign and was placed on pins and brooches bringing the abolition of slavery to public attention via fashion. The symbol was accompanied with the phrase ‘Am I Not a Man and a brother?’ The medallion was commended by Thomas Clarkson, founder of the Society for the Abolition of Slave Trade, who claimed ‘Fashion, which usually confines itself to worthless things was seen for once in the honourable office of promoting the cause of justice, humanity and freedom’. Furthermore, Wedgewood gave the medallion to Benjamin Franklin who shared it with the belief that it ‘may have an effect equal to that of the best written pamphlet in procuring honour to those oppressed people’.

It is important to note that the acts of Wedgwood were not done in a vacuum. These acts were done in a society in which a fashion brooch was able to do more for a cause than a pamphlet describing the horrors which faced fellow human beings. The image of the kneeling slave forced the public to view a slave as a fellow human being rather than a different species; a convenient status slave owners and traders would confer upon slaves to justify their treatment and alleviate any guilt. Whilst the abolitionists were ultimately successful, the chosen symbol reinforced popular racial myths. The figure is westernised and resembles Christian-like iconography, his hands raised to an unseen power to heaven, but also to white society. Whilst, the image is humanising, it is also emasculating, bended knees, bound by chains. To be human, the slave needed to appear non-threatening and ‘pathetic’ to ‘increase its effect’ arousing pity. Rather than breaking free of his chains, he needed to be liberated via an Act of Parliament. The abolitionist movement is to be commended, but its methods may be analysed to understand the full attitude and treatment of slaves in Britain. 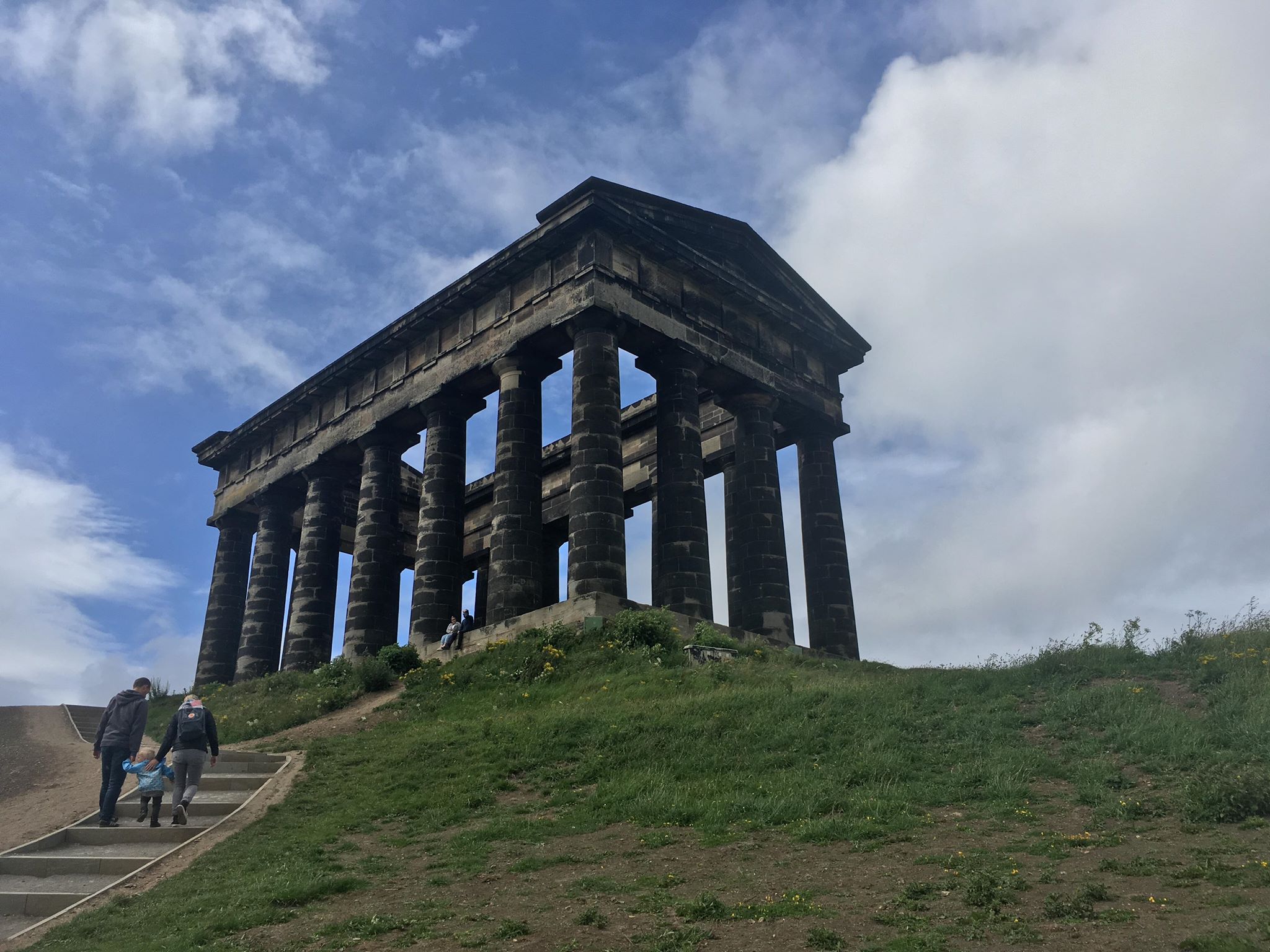 Sitting on Observatory Hill, you may have noticed the Doric Temple seemingly out of place in the Northern landscape. The Penshaw Monument, a half-sized replica of the Temple of Hephaestus, was built in 1844 and is known by another name: the Earl of Durham’s Monument, a tribute to John George Lambton. Lambton won popularity amongst his peers for his ‘Great Reform Bill’ 1832 to rectify the under-representation of many towns including Durham and Sunderland in the British electoral system. However internationally, Lambton was key to drafting Canada’s Independence in the Durham Report 1839 which recommended ‘responsible’ self-governance. The new Commonwealth of Nations model was replicated in Australia and New Zealand giving notably White British, rather than native colonies, self-governance. Whilst slavery had been abolished in Britain by this point, the unseen black and Asian colonies had not yet been afforded this same privilege partly due to the humanisation of the slave. Britain had just paid the equivalent of £300bn to compensate former slave owners and many were still profiting from the trade’s continuance in America.

The context in which Lambton inhabited valued liberty, but not liberty for all. Liberty only for the worthy and civilised. And in 1839 the civilised were White British colonisers, not the colonised. At the time of his death, Lambton remained a hugely popular figure with around 30,000 people attending his funeral in Chester-le-Street. The Penshaw monument may not simply be a glorification of Lambton, but an invite, to study the complexity the Earl of Durham represents.

A tenuous link interconnects these two figures. Wedgwood was a potter, a master of his craft. Hephaestus was the God of craftsmanship, and fire cast out of heaven by his parents for his imperfections and forced to live with the ‘imperfect mortals’. People and their societies are imperfect. Both Wedgwood and Lambton represent historical imperfections. Their acts themselves were, at best, imperfect. One lent into racist stereotypes to incur essential reform, the other improved the lives of many, but his work was limited by the societal distinction between the ‘civilised’ and ‘uncivilised’ colonies. Neither statues nor memorials are necessary, they are chosen by society to decorate public spaces as a symbol of a society that once was or that we aspire toward. Neither need be permanent. However, I would argue these two memorials ought not to be seen as a glorification of individuals, rather a reminder of our complex, imperfect history which needs to be shared not erased.