Margaret Thatcher, the UK’s first female Prime Minister was not known to be a feminist. She didn’t encourage any policies to forward the advancement of gender equality, neither did she promote women within government, only her close friend Baroness Young was promoted to the cabinet. She adopted the view that ‘a woman must rise through merit. There must be no discrimination,’ a clear misunderstanding and dangerous stereotype of the gender imbalance in positions of power. And yet, she faced blatant sexism from her fellow politicians and the media in general.

Alan Clark revealed his admiration for her ankles during PMQs in his diary and her reputation for giving people a ‘handbagging’ was renowned and yet she stayed silent on the issue. Thatcher’s ‘handbagging’ referred to her combative style in politics and feisty attitude. To describe such characterises in such a trivial way undermines her political dominance and demeans her to a character simply to a rather aggressive lady, a fate male politicians are not subjected to.

Despite this, she certainly knew how to play the media offering interviews in No 10, disclosing what she made her husband for dinner and comparing the similarities between running the economy and a household budget. A dangerous game and yet she knew how to play it to gain, assert and defend her power. Jenni Murray wrote that following Thatcher’s resignation her son, born in her leadership, questioned John Major’s ability to be Prime Minister asking, ‘Is a man allowed to be Prime Minister?’ A powerful question proving the authority that Thatcher obtained. Yet since her reign as PM, we seem to have slid backwards and once again begun questioning the ability of women to hold office, basing their ‘merit’ more on their clothes, lifestyles and emotive ability rather than their intelligence or leadership ability. 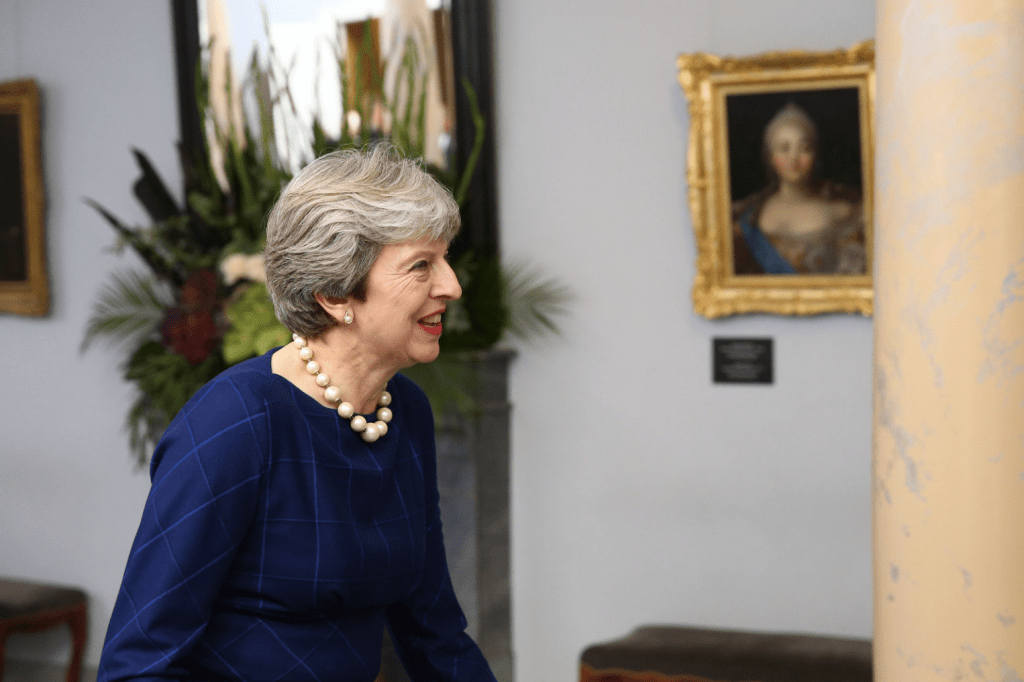 A slow riser within her own party, Theresa May was initially given the role of ‘Shadow Secretary for Families’ within the shadow cabinet merely because they needed a woman. A prime example of modern sexism, allowing women a seat at the table but only as long as it is a typical female issue. A similar pattern of misrepresentation can be found at the UN where delegates on issues of family, gender and children are overrepresented by women and yet still underrepresented on issues such as security, skewing the statistics of gender. Shockingly, the most demeaning comment made to May during her campaign was made by fellow candidate Andrea Leadsom who suggested that being a mother put her in a better position to become Prime Minister.

Headlines such as ‘Legs-it’ and ‘Heel, boys’ followed May’s time in office, categorising May as a woman first, and Prime Minister second. Contrasted with the headlines upon her leadership victory stating, ‘Maggie’s made it!’ and ‘Thatcher takes over no. 10’ it seems ridiculous that we’ve regressed in our treatment of female candidates. Whilst Thatcher was not completely immune to sexist media coverage, the attention upon May’s clothes is unprecedented from the curiosity of where her outfits are from, the critique of ’daring’ looks and intrigue over who her style icons were. One only needs to google ‘Theresa May fashion’ and ‘Boris Johnson Fashion’ to see the stark contrast. May’s results highlights all the outfits she’s worn, critiquing each look, Vogue even comments that her ‘dainty pair of leopard-print kitten heels’ are a ‘brave choice for her conference speech. Yet, results for Boris make no reference to designers he’s worn, but instead focus on the expensive outfits his girlfriend Carrie Symonds has worn, which ‘caused quite a stir in fashion circles’. Johnson’s looks are completely overlooked, rendering his character immune to the clothes he wears. In polar opposites, May seems to be defined by her outfit choices which seemingly reflect her entire character and the choices she makes as PM.

The infamous Daily Mail article which asked, ‘Never mind Brexit, who won Legs-it!’ featuring Theresa May and Nicola Sturgeon, following their first meeting on the withdrawal process, summarises the treatment of women. In response to the outrage following the article, Angela Espstein insisted that men were also scrutinised for their appearances and yet it is difficult to imagine a similar article featuring Boris Johnson and Macron asking readers to compare their brogues.

As we approach the general election on the 12th December it will be interesting to see how Jo Swinson is characterised by the media, by her policies or her pumps.