Let’s do the Time Warp: Costumes Inspired by Contemporary Politics

It’s that time of the year again, when spooky jack-o-lanterns light up windows, and witches and ghosts parade the streets. For some, engaging in frightening fantasies and creepy celebrations is an escape from the stresses induced by today’s political climate. You just need to glance at the headlines to see that we don’t need to pretend that we are in a zombie land or a haunted hellscape: reality is in fact a nightmare. I don’t mean to come across as pessimistic as I probably sound, but it is true that every day we are overwhelmed with headlines bearing bad news.

So, for this Halloween, I thought I would prepare a little treat for Everyday Politics readers, and try to turn the nightmarish stories seen in recent news cycles into some funny, politically relevant Halloween costumes. Feel free to use any of these concepts if you are out of costume ideas. And don’t worry, I have tried to think of some more unique costumes than your typical orange faced Trump.

But be careful, this could be more of a trick than it first seems, because it might just serve to remind you that our political landscape is such that so many of its figures can be used to haunt the streets during Hallows Eve.

Let’s start off with a good ol’ fashion couples’ costume inspired by the satirical BBC Radio 4 show ‘Dead Ringers’,  in which they create impressions of two Boris Johnsons. There is Good Boris who cleaned up his act for the 2019 Conservative leadership election; and the bogeyman Bad Boris who taints this good boy façade with his drug-use, partying, and general messiness. This is without even mentioning those infamous comments which provoked accusations of racism, islamophobia and sexism! What could be better than scaring people with the realisation that the current PM has said and done such things, and perhaps the more daunting fact that his attempt to change himself up for the election ostensibly worked in convincing the Conservative Party to wilfully forget his past of chauvinism and disrespecting minorities. Spooooky! 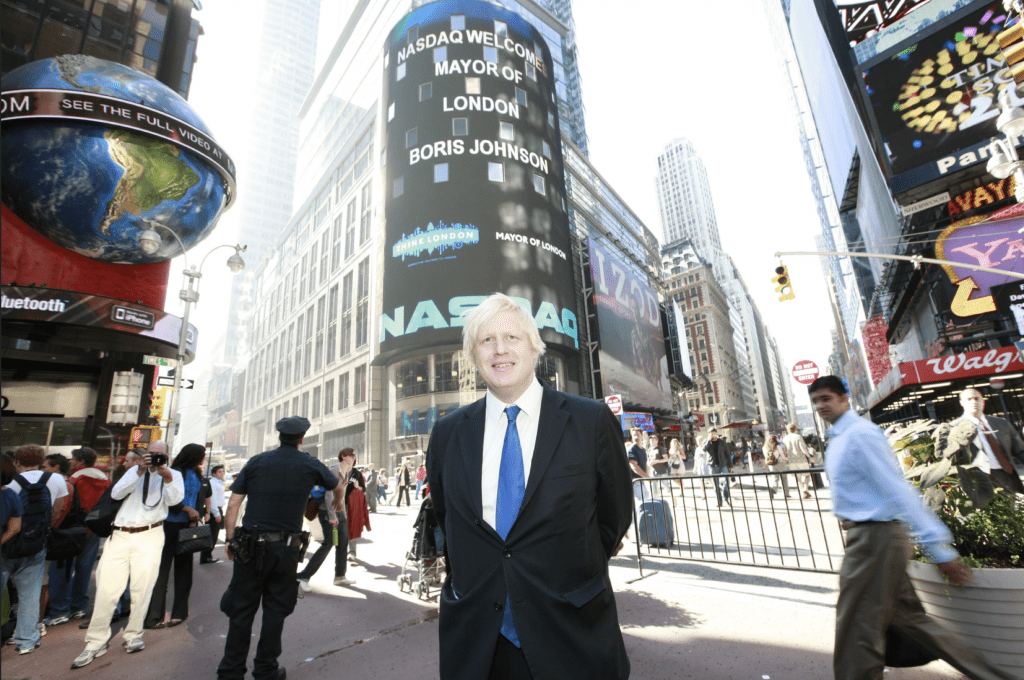 Melania Trump’s ‘I really don’t care do u?’ jacket

An oldie but a goodie, Melania Trump’s infamous jacket will remain in the public consciousness for a very long time. On her way to the Texas-Mexico border in order to visit migrant children who had been kept away from their parents by Trump’s ‘zero tolerance’ family separation policy, the First Lady donned a green jacket with the words ‘I really don’t care, do u?’ scribbled on the back. This prompted a media frenzy as everyone attempted to unpick the message: was this directed to the migrant families undergoing the devastating trauma of losing loved ones; or was it, as Trump claimed, for the ‘Fake News Media’? Either way, Melania Trump’s fashion choice presents the perfect easy yet effective costume. Simply write the scandalous message on a green coat and you too can frighten your friends with the message that the leaders of the Free World really don’t care – so why should you? 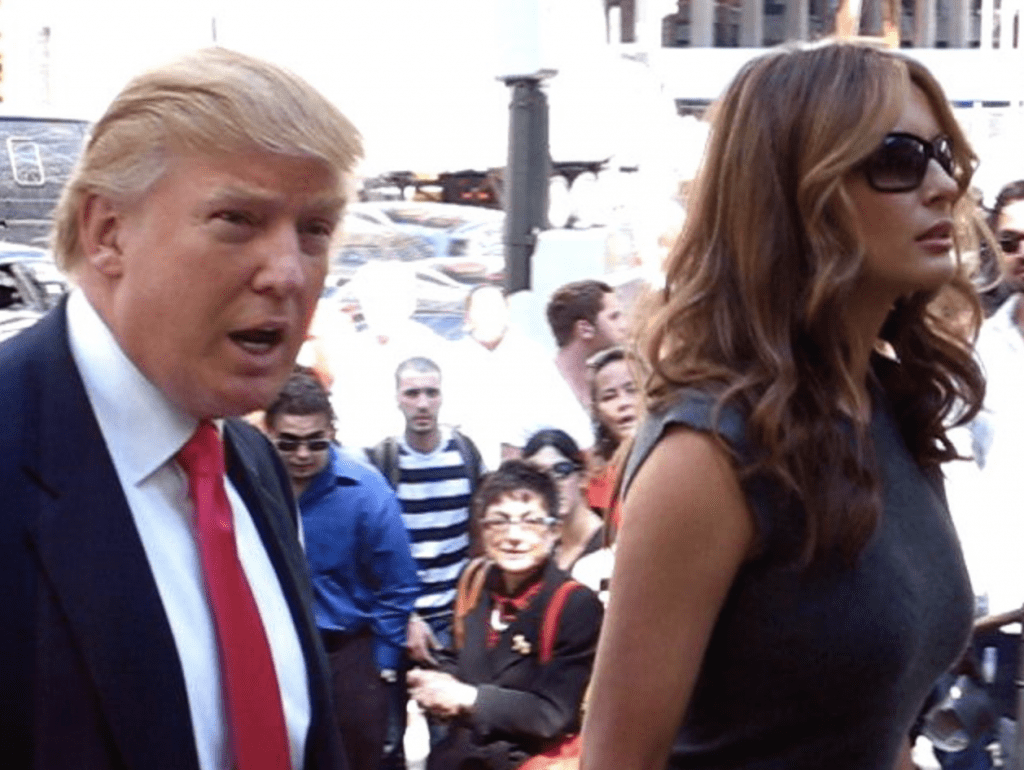 The ‘B word’ was bound to rear its ugly head at some point in this article (this is a piece about spooks and scares after all!). Although Brexit is not officially complete yet, there is definitely the feeling that we keep on coming close to putting it to bed and then it comes back to bite us as soon as we turn our backs…a bit like a zombie. Brexit is definitely one of those movie villains that you think is dead, but OH NO, it’s lurking around the next corner ready to take its next victim (poor Theresa didn’t stand a chance). Although Halloween night is no longer the day of Brexit, this adds to the sense that Article 50 really will not be laid to rest. It continues to walk the streets of Britain and haunt the nation’s broadsheets, leaving a trail of scared, and frankly confused, victims in its wake.

I am always a fan of visual puns, and I love a good political pun, so what if we merged the two? I present to you: Waiter John Bercow. Made viral by his unique way of shouting ‘order’, the Speaker of the House of Commons shows how difficult it is to get MPs to listen to each side of a debate. Simply put, his need to continually shout ‘Order!’ shows the way in which the House of Commons lacks control as some members try to talk over the others and disregard any view point that does not align with their own. Bercow seems to request order so much that he could be waiter, constantly trying to take requests from a bunch of rambling customers who won’t let each other be heard. And if that isn’t a scathing indictment of our current political climate, I don’t know what is! They say laughter is the best medicine, so why not cheer yourself up with this punny costume – just try not to think too hard about its real world implications!

I know some may have read this article in the hope that I would actually suggest some useable costume ideas. So, for my final Halloween outfit I will give you a treat amongst the tricks I have provided here. This is also my way of saying that there is a light at the end of the tunnel; it isn’t all doom and gloom. Greta embodies what I hope to be the future of politics: activism geared towards fostering care and concern for our environment and demanding accountability from political leaders. There are countless ways to dress up as Greta and do her justice, from the pink blouse worn for her now famed UN speech to her yellow raincoat depicted in her ‘skolstrejk för klimatet’ activism pictures. Just remember to style your hair into her signature braids and you’ll be set! This costume might also be a way of protesting climate change in your own way, as you’ll be a stark reminder to everyone that they aren’t off the hook even when at a Halloween party. It will give you the excuse to remind people to recycle their drinks cans if they are able to; to try not to buy single use costumes if they can avoid it; and to make sure not to litter the streets with sweet wrappers. 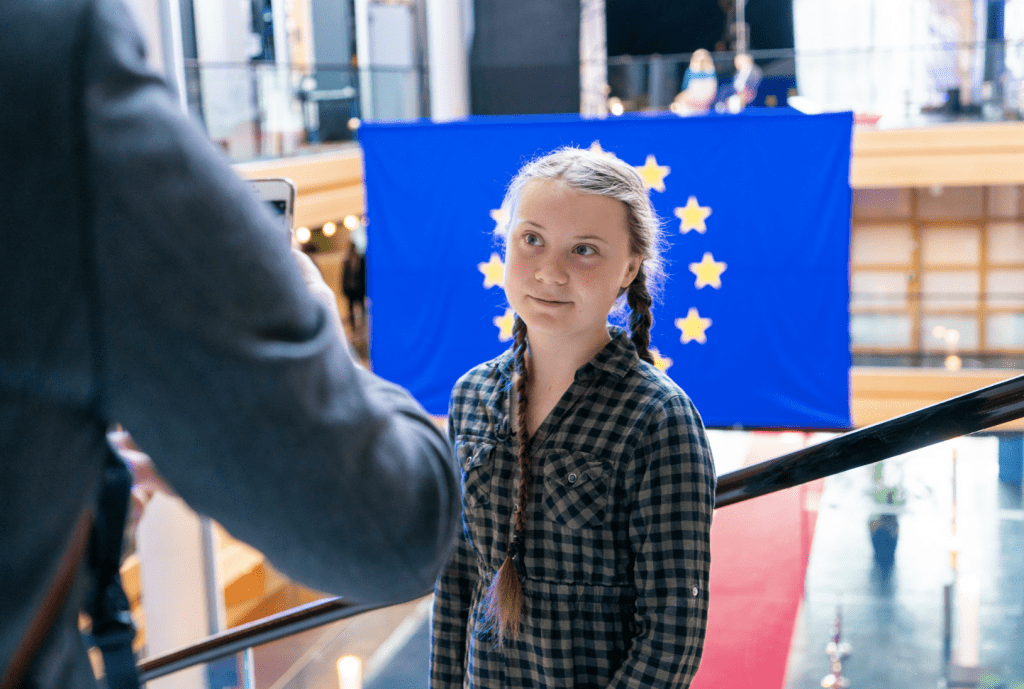 I hope I haven’t scared you too much, and that perhaps I have given you a seasonal spooky chuckle. Have a safe and happy Halloween (and remember don’t let the bedbugs or Brexit bite!).