Have you heard? Organ donation no longer needs your active consent

On the 20th March 2020 amidst the hysteria of the pandemic, three days before Boris Johnson announced the first lockdown the law around organ donation in England was transformed. Rather than an opt-in system, we now operate an opt-out system. Despite this radical transformation, the change received minimal media attention and one year on it is still a relatively unknown development. The change, following Wales’ adoption in 2015 was in response to the discrepancy between 80% of adults stating they would consider becoming a donor, despite only 40% physically signing up. With the demand for organs and tissues in such high demand, the change seems obvious and understandable. However, Scotland has delayed changing its own law until this year. Why? Because the opt-out system remains based on consent. Consent requires that individuals are provided with sufficient information to be regarded as autonomously making a specific choice. Whilst it is reasonable to state that a lack of objection constitutes a choice, people must be aware that this is the case. Thus, in preparation for the change of law in which consent is assumed unless you have either opted out or a family member objects, it is essential for people to be aware that they may need to take active steps to record their decision on the organ donation register.

This essential element of information enabling the change from an opt-in to the opt-out system was acknowledged by those making the laws and public awareness campaigns were initiated. However, this was overshadowed by the arrival of Covid-19. Organ donation was no longer a primary concern but the availability of PPE, rate of deaths and the race to a vaccine dominated and still dominates, the news. The lack of awareness undermines people’s autonomy and ability to make a decision which to many is deeply personal.

Still, the question remains, if the majority of the population agree to organ donation, is it really an issue that the law change wasn’t as publicised as it could have been? Maybe, maybe not. Theoretically, the lack of awareness may lead to an increase in unintentional ‘forced organ donations’ which ought to be recognised especially as Covid prevents the presence of family members in hospitals however, practically this remains a low concern. What is more concerning is the impact upon ethnic groups in which organ donation rates are persistently low. 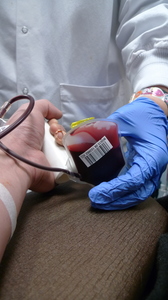 Medically, it is more likely to find a tissue match with someone of a similar background. Thus, the low organ donation rates by members of minority groups translates to organ scarcity for the BAME demographic who are 17% more likely than their white counterparts to be waiting for a transplant for over a year. The change in the system is unlikely to result in an increase in donations from BAME communities due to the prevalence of religious or cultural objections. The lack of awareness of the law change only adds to the mistrust many of these communities may have towards invasive medical treatment. Over the past 5 years, the NHS has successfully increased BAME donations by 67% through collaboration with the communities working to prevent family objection. These awareness campaigns are proved to be effective and yet in our current climate, such interventions are less likely to be prioritised.

Public trust is essential, especially during times of crisis. Against the backdrop of a pandemic in which concern over the scarcity of ICU beds and worry of prioritisation of certain patients renders people to question the trust they place in doctors, a crisis over organ transplantation is not needed. An impact of the pandemic has been reduced transplant activity, deemed as a lesser priority particularly due to the use of immunosuppressant drugs. However, the government only had one opportunity to introduce such a big change. It is likely that the impact of the change will be underwhelming and inconclusive as the scarcity of organ donation will not be the dominant factor in the lack of transplants but the effects of the pandemic. Whilst patient autonomy has not been completely lost, the opportunity for a public conversation surrounding organ donation building understanding and encouraging minority groups has been.