Modern slavery is a pandemic spanning globally and across all forms of borders. Following the government intolerance of these crimes through the avenue of the UK Modern Slavery Act 2015, we as the public must also stand up and create voices for these victims.

In light of the Rana Plaza disaster in April 2013, the impact of labour exploitation truly came to media attention. With over 1,129 as the death rate and as one of the worst industrial accidents to record, Rana Plaza showed the squalled conditions that these workers are forced to operate within [1]. Individuals are still subject to wage cuts, having identity documents confiscated and/or bank accounts being controlled. Work through agencies and self-employment are also other means of masking the true representation of workers in the UK and world-wide; the Citizen’s Advice Bureau has established that 10% of these are bogus [2]. Labour exploitation is also fuelled by bonded labour, another tool used in modern slavery that goes unreported in the media. 8 million people are affected by bonded labour [3], where people are forced to work off a debt to their ‘owner’, with no control over the amount or duration of the debt. This form of slavery has gone on for hundreds of years across Africa, the Caribbean and Southern Asia following the decline of the Transatlantic Slave Trade, and is still hugely prevalent in today’s society. One of the most tragic advantages of using this tool is that the debt can be passed down through generations with children being held to loans that parents took decades ago [4]. These forms of labour exploitation can be used throughout every industry in order to create profit from modern slavery, and most recently the issue of fast fashion has come to light. 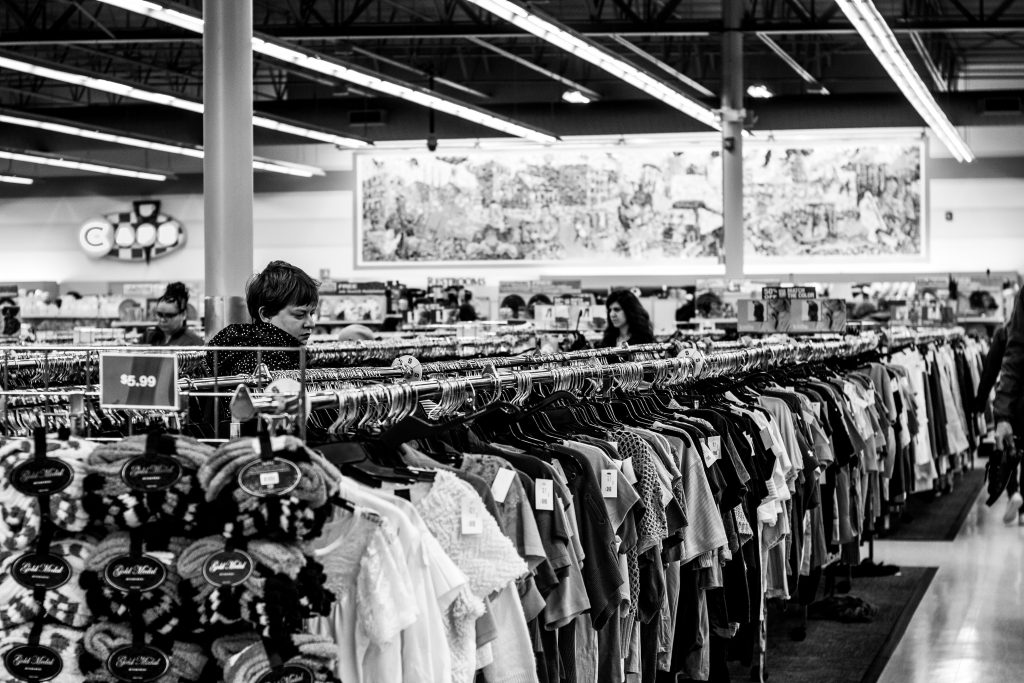 Labour exploitation within the fashion industry is dire, with children being the most prominent victims. ILO has estimated that over 170 million have been engaged in child labour [5], as they are low-skilled workers without a voice; easily lost within the hazy industrial supply chains. Currently, slavery is embedded in almost everything we wear [6].

Are we, as the consumer, part of the issue? By buying the cheap and disposable latest fashion, we are buying into the chain of labour exploitation. Due to the high demand for new clothing, businesses are tempted to cut corners when their margins are squeezed and use labour exploitation methods. Businesses have to take responsibility for their actions, creating more transparency about their suppliers and workers; but responsibility must also trickle down to the consumer in order to make a real impact. With the National Crime Agency finding labour exploitation as the most common form of slavery in the UK [7], we need to make positive steps to eradicate it.

The Durham University Charity Fashion Show this year dedicated their proceeds to STOP THE TRAFFIK – a pioneering charity in human trafficking prevention. As one of the university’s biggest charity events each year, it’s important to understand that this is a dramatic step forward to raise awareness for these issues in the industry. The DUCFS last year raised over £150,000 in their 2019 show, and with £171,000 raised in proceeds this year, help for the victims of modern slavery is slowly being campaigned for.

How can YOU help?

Attending events such as the DUCFS, A-Team club nights and simply donating keeps these charities afloat with little effort from us as students. These social events are created to spread the word, so keep promoting these to your friends and peers.

You can also download the STOP THE TRAFFICK – STOP app by following https://www.stopthetraffik.org/ . This tool enables you to report suspicious activity anonymously and confidently.

In regards to fast fashion, organisations such as Free2Work are working to track brands such as Gap, H&M, Levis and Adidas and rank them on scales for ‘policies, transparency, traceability, monitoring and training or workers rights’ [8]. By looking at grades from A-F, we as consumers have the information to make purchases from legitimate brands. The Fair Wear Foundation has also listed 120 brands which have signed up to the code of labour practices and agreements to not use child labour [9]. Choosing correct ethical brands is a huge way to fight against modern slavery and labour exploitation; as students we still have the power to make a difference.

Disclaimer: The views expressed are that of the individual author. All rights are reserved to the original authors of the materials consulted, which are identified in the hyperlinks above.