“The language of ‘crisis’ is powerful, indicating something that is both anormal and bad” (Lindley, 2014).

“Stone cold criminals,” “swarms,” “illegal aliens,” “floods of migrants,” “illegal waves,” “lawbreakers” and “migrant chaos” are just some of the terms used within mainstream debate to describe humans on the move.

The coverage of human migration is by no means a neutral act. The narratives we produce, disseminate and consume are never innocent. More importantly, the language we employ has consequences. Our words carry authority. They produce a particular worldview. They construct mobile people as ‘Other.’ They legitimise the containment of this discursive ‘Other’ in hierarchical relations with their Western counterpart. Such validates the expropriation of those outside the desired category of the Self. I argue it’s imperative that we destabilise ‘taken-for-granted’ language, motifs and narratives that continue to plague everyday migration discourses.

After a recent rise in the number of people attempting to cross the English Channel and make asylum claims in the UK, British Home Secretary Sajid Javid has declared growing arrivals off the Kent coast to evidence a “major incident.” With increasing calls from MPs to increase border surveillance, to prevent the escalation of the “crisis” into a national “catastrophe,” boat arrivals have been a political hotspot across recent media coverage. 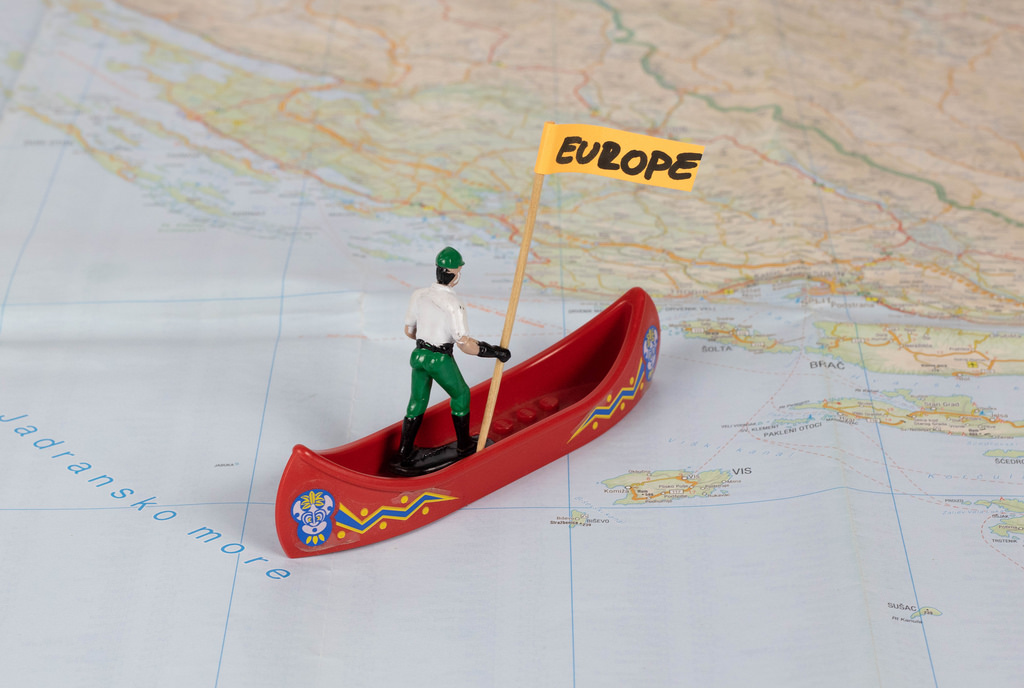 In the context of a “migrant crisis” it’s worth putting things into perspective. 85% of the world’s refugees are hosted by developing countries. The UK despite the narrative of breaking borders, a crumbling healthcare service and no available housing, accepts disproportionately few refugees. At the end of 2017 there were 121, 837 refugees in the UK, a figure dwarfed by the momentous 3.5 million in Turkey and less than many figures from other European countries. It is also important to note that as a signatory to the 1951 Refugee Convention, the UK is legally obliged to assess the asylum claims of displaced people attempting to gain ‘refugee’ status within the UK. Built on the core principle of non-refoulement, customary international law asserts that a refugee should not be sent back to a country that threatens their freedom, wellbeing or indeed their life.

However, a narrative that perpetuates more-than-likely refugees as ‘migrants,’ implying they are actively emigrating from their home country through personal choice and free will, works to polarise them from the native community. Detaching “refugee” from the bodies of people on the move itself works to dehumanise their suffering, to reject the validity of their rights to claim asylum. By becoming desensitised to the struggles and sacrifices that refugees undergo and make, in often perilous journeys across international waters, it becomes justifiable to legitimise their exclusion.

For instance, it was recently described by Dover MP Charlie Elphicke as a “humanitarian and compassionate thing” to return refugees at sea, to their place of origin. Calls for navy vessels, border patrol officers and increased surveillance measures produce a spectacle at the border. However, rather than make tangible and humanitarian progress, this performativity of control and the reclamation of the border, fails to address more pressing issues. More so, to employ defence apparatus beyond UK territory, works to manoeuvre past international obligations to refugee law; by offshoring the border into international waters in order to deny refugees the opportunity to make asylum claims, reflects what Bridget Chapman, the fonder of Kent Anti-Racism Network, argues to be a “moral crisis,” rather than a “migrant” one. I argue that the supposed “migrant crisis” is a sensationalist account of refugee movement, mobilised at a time of political uncertainty to legitimise the intensification of border control and hard-line immigration strategies.