‘Can you handle the truth?’ A warning for upcoming elections

Boris’ Big Red Brexit Bus. Nick Clegg’s infamous Apology Song. The Trump administration’s campaign against ‘fake news’. When considering the question of lying in politics, these are just some fof the examples that most often spring to mind. Increasingly, however, the political spectrum has come to be dominated by a new and increasingly troubling phenomenon: the pervasiveness, across political discourse, of policy statements or campaign pledges which may not be explicitly untrue, but which cannot be taken entirely at face value either, and require a much more substantial degree of fact-checking – a phenomenon which shall, for the remainder of this article, be referred to as ‘deceptive truth’.

In one of his first announcements as Prime Minister, for example, Boris Johnson pledged to recruit 20,000 new police officers if the Conservative Party were to emerge victorious in the upcoming General Election. Whilst technically true, this campaign pledge, which frames the proposed recruitment drive as putting more police officers on the streets, neglects to acknowledge the fact that, since the Conservatives came into power in 2010, police numbers have fallen by approximately 20,000 (103,347 in March 2019 – 20,039 fewer than the 123,386 in 2010), and that further losses of around 15,000 staff are predicted in the near future. Any planned increase to the police force would, therefore, merely be a restoration of previous numbers, despite the fact that the Conservatives are repeatedly employing and emphasising the word “new” in their official discourse, and choosing not to discuss any of the logistical and financial complications this proposal would entail. This all casts additional doubt over the viability and effectiveness of their promise. None of this, however, has stopped the Conservatives from continuously using this material in campaigning. One has simply to look at Boris Johnson’s campaign announcement video to see that this claim will be a mainstay of their electioneering.

Of course, this is not a tactic that is exclusive to a single party. Labour’s recent promise to ‘invest £6 billion more than the current government in the NHS’ was found by the Institute for Fiscal Studies (IFS) to be a gross exaggeration of the true final spending increase. Recent Liberal Democrat election material has exaggerated the threat their candidates pose to incumbent Conservative or Labour MPs, combining data drawn from a variety of different polls, a system which has proved to be unreliable. In all of these cases of ‘deceptive truths’, any discrepancies in policy pledges have only been unearthed thanks to the kind of detailed analysis which requires resources and technologies that are not easily available to the average politically-engaged citizen. This has left many unable to distinguish fact from fiction within the fog of grandiose proclamations which emanate from every corner of the political landscape, as each party seems increasingly determined to outdo one another in terms of what it can promise the electorate and attempts to exploit the hope created by these promises in order to get themselves into government. 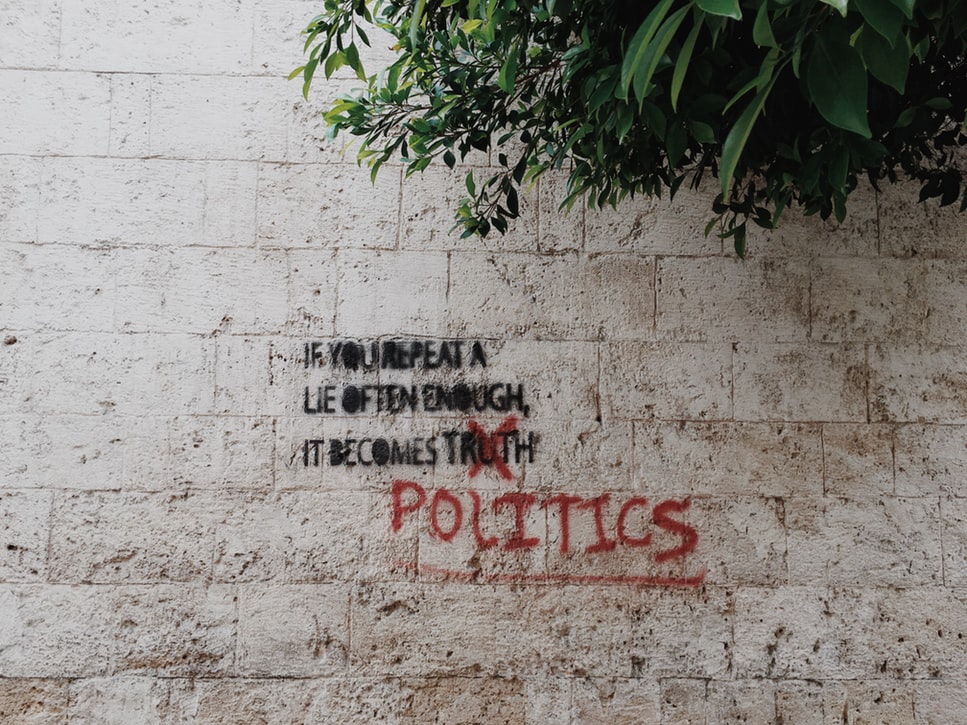 What emerges, then, is an utterly ambiguous political discourse, where statements, no matter how grand or intangible they might seem, can be made with little public repercussion. Whilst this could be excused as an expected and inevitable consequence of political campaigning, you only have to look across the Atlantic to witness the long-term effects this dangerous practice can have. The mischaracterisation of facts by the Bush administration, both surrounding the Iraq War and the heavy tax cuts which it introduced, created a political atmosphere where fact-checking was relegated to second place behind bombastic and ambitious promises, and the consequences of this are plainly visible in the campaigning of 2020 election candidates today. Whilst the Trump administration boasts a plethora of examples of dishonesty, 13,400 and counting according to the Washington Post, a quick examination of any of the other candidates for the presidency soon reveals an example of dishonesty. The gradual decline of political conversation, owing to these ‘deceptions’, set a dangerous precedent for future politicians to follow.

The increasing presence of this ambiguity in British politics, particularly surrounding the Brexit process, has given rise to some alarming statistics. Over two-thirds of the public now have no faith in politicians: they neither believe in what politicians say nor feel that they truly and adequately represent the electorate. Whilst blame for this troubling trend may be more easily attributed to the grander and more obviously fictitious claims, it is the misinterpretations and misinformation – less easily distinguishable, not so easily checked and more subtly embedded in discourse – which prove much more damaging. It is much easier, after all, to separate the truth from evident lies. But a grey area emerges when it becomes harder to disprove certain claims. The deliberate propagation of material which, under closer scrutiny, is found to be deceptive, has made it more challenging to consistently counter party campaign pledges. This results in the creation of a political culture where people are now sceptical of any information presented before them, particularly if it contradicts their own beliefs.

It is not the case, however, that people have simply been cruelly deceived. The misuse and distortion of facts by politicians, and the effectiveness of these ‘deceptive truths’, has made it considerably easier for people engaged in any kind of discussion or debate to reinforce their arguments with ‘facts’ that are cherry-picked to prove their point, and to disregard any evidence which might disprove their opinion, no matter how compelling – or how factually correct – it may be. This, in turn, further feeds into politics, as politicians see their tactics reflected in the populace and so feel confident that they have found a suitably receptive public for their campaigns built on ‘deceptive truths’, consequently coming to propagate increasingly false information with seemingly little regard for the serious repercussions of such actions. This troubling cycle, which seems only to spin with greater vigour as both the United Kingdom and United States move closer to their respective elections, slowly erodes the trust of the voting public and feeds into the rise of phenomena such as extreme populism.

There is, however, a way out of this quagmire. Increasingly, news networks and charities have striven to provide a more wholistic form of fact-checking. For example, fullfact.org contains a diverse team of fact-checkers who analyse every campaign statement and manifesto pledge made by the major political parties. This is in an effort to provide voters with the full, unadulterated picture before they head to the polls, and lift the veil of misinformation that has come to shroud British political discourse today. The Guardian will analyse every campaign pledge and promise made by any candidates, particularly scrutinising manifestos.  Such efforts save people the need to check every campaign statement independently and provide the best opportunity for voters to have a total and unbiased view of each party and each candidate. It is vital that, regardless of political affiliation, we make every effort to ensure not to take statements made by campaigners at face value, particularly with the elections fast approaching, both here and in the United States. Instead, we should look to hold politicians accountable for their attempts to mislead the public using so-called ‘deceptive truths’.