The news has been a constant stream of Black Lives Matter marches, violent counter protests, footage of police brutality, and countless instances of racism bubbling to the forefront of mainstream media. Finally, black people’s voices are taking centre stage although biased media, unsympathetic politicians, and hateful EDL marches have tried their hardest to drown them out. We have seen the classic examples of fallacious counter-arguments, such as the all too popular cry ‘what about all lives? All lives matter!’ which serves to do nothing but distract from the issue at hand, or the outcry against property damage which often masks the damaging thought that material objects are worth more than the human beings that the protesters are rallying to protect. No one is proposing that all lives don’t matter, and it is absurd to suggest that protesters, which are often separate from the looters that are capitalising on the BLM movement, want to destroy their own cities for no good reason. We must look beyond these wilfully ignorant criticisms and get to the heart of the meaningful debates that surround this cause. How can we tackle privilege caused by centuries of systemic racism and exploitation? What can be done to educate ourselves and others about such disparity? These are the questions that matter.

Amongst this important coverage on race relations, we have seen a new debate arise. The discourse surrounding trans identities came, in large part, because of JK Rowling’s recent twitter storm, in which she filled our timelines with transphobic messages disguised as feminist preaching. Her recent blog post, dubbed a ‘transphobic manifesto’ by critics, has detailed her ‘reasons for being worried about the new trans activism’. Such reasons, including the worry that women will escape the trials of our sexist society by changing their gender and the sickening accusation that allowing trans women into female-only spaces will ‘open the door to any and all men who wish to come inside’, are in fact thinly veiled transphobia suggesting that trans people change their identities on a whim for selfish, and sometimes threatening, reasons. Despite blatantly disregarding statistics which show that the overwhelming majority of those who transition do not do so for such reasons, Rowling felt it necessary to speak out against one of the most vulnerable groups in society. By fear mongering, Rowling’s message only further marginalises the trans community by casting them as predators or pretenders. It is important to note that this rallying cry against trans rights came just before it was reported that Boris Johnson plans to scrap the Gender Recognition Act. This important legislation would allow trans people to self-identify their gender without the traditional process that has been called ‘costly, lengthy, humiliating, and unnecessary’ by Mermaids UK. 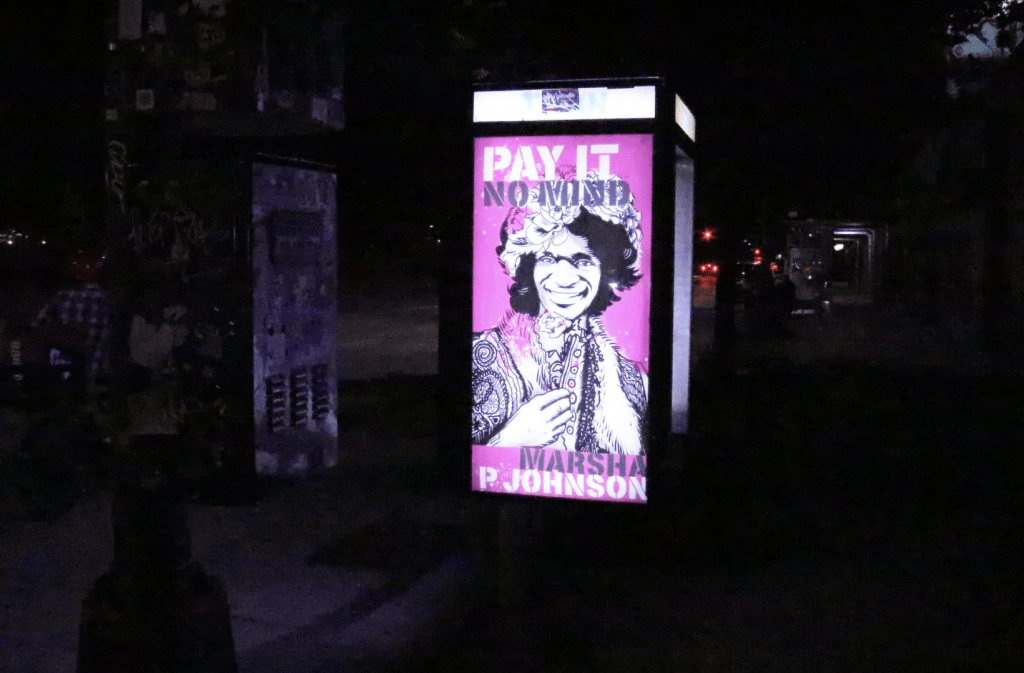 Poster by @surianart on instagram for NYC LGBT+ Pride Rally 2019

Additionally, let us not forget that 1st of June marks the start of Pride Month, in which members of the LGBT+ community celebrate and commemorate their history. The ‘TERF’ (trans exclusionary radical feminist) wars remind us that trans people continue to be alienated and endangered, even during a month that supposedly calls on everyone to celebrate the inclusion of non-heteronormative identities. The BLM movement has also highlighted the way in which black LGBT+ people have been erased from history, such as the often underappreciated trans-rights activist Marsha P. Johnson who played a pivotal role in the Stonewall Riots. These riots constituted an important moment in the establishment of the gay rights movement. Johnson went missing in 1992, and when her body was found floating in the Hudson River the police ruled it a suicide despite evidence to the contrary and the knowledge that black trans women often fall victim to violent attacks. Once more, a woman of colour was let down by the establishment designed to serve and protect her.

The case of Marsha P. Johnson shows how these two seemingly separate issues fit together. She is one of many black trans women who have suffered because they exist in the intersection between pervasive racism, systemic sexism, and insidious anti-trans rhetoric. Trans people often face homelessness, difficulty accessing healthcare, unemployment, and even transphobic attacks, all of which come as a result of systemic discrimination. Furthermore, PinkNews reported that 41% of trans people attempt suicide during their lives. Trans people of colour not only face these hurdles but also come up against the figurative roadblocks placed in the way of people of colour, such as the redlining practice in the US and the UKs history of austerity that has disproportionally affected racial minorities.

The Black Lives Matter movement and the focus on transgender rights has come together to form Black Trans Lives Matter. Indeed, marches have been organised across America in support of this offshoot movement. By focusing on the way in which we, as individuals and a society, need to support both people of colour and trans people, we in turn shine a light on the need for intersectional thinking. Intersectionality is a concept which focuses on the interconnected way in which different social categories such as gender, sexual orientation, race, and class overlap and form interdependent links. To be an intersectional feminist, one must not solely focus on white middle-class heterosexual women like the second-wave feminist movement, but must look to the experiences of women of colour, or those who fall outside of the heteronormative standards, for example. Put simply, it is the idea that if you care about fostering equality for women, you must care about all women. Using this concept, if you are to support the BLM movement, you must demand fair treatment for all black people, including black trans women. The constant difficulties that black trans women face in their lives, simply for being who they are, are a testament to the need for intersectional values.

We must be intersectional feminists and intersectional BLM supporters (or allies for those of us who are not in the black community), for we must rally for improving the treatment and living conditions of those communities that our government fails to protect and our media constantly misrepresents. It is not enough to stand with some women who, despite experiencing the sexism inherent in our patriarchal society, may be in positions of privilege because of their class or skin colour. Equally, one cannot simply stand for some black lives when the movement is about listening to each and every black person’s voice. We must hear every individual’s story, and from them learn a lesson on how to better our communities, and ourselves.

Here are some helpful sources to read more about the issues discussed: