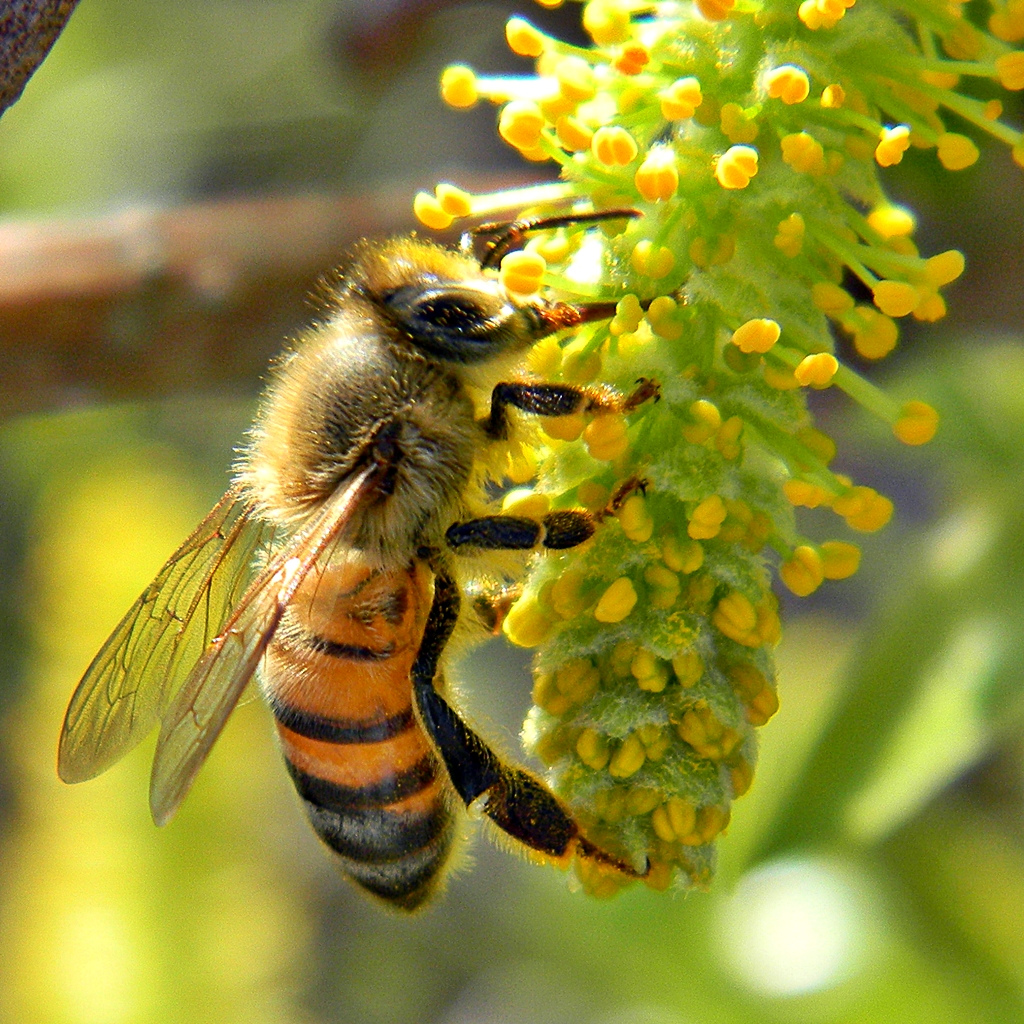 Serious challenges may await if pollinator populations continue to crash

Why should we conserve biodiversity? It is probably not a question you have asked yourself or likely been asked. It’s just one of them things we ‘know we should do’. However, humans have a large (and often increasing) appetite for resources, which has brought our ‘needs’ into conflict with the needs of other species. Therefore, at some point you might come across an individual who decides our ‘needs’ are more important than the needs of other species and you need to be ready. So here are some arguments for conserving biodiversity from a few different angles.

Firstly though, is biodiversity under threat? Simply, the answer is yes. Persistent loss and decline in biodiversity has led to a rough consensus that we are now at the beginning of the Earth’s sixth mass extinction (i.e. extinction rates are estimated between 100 -1000 times background levels), the fifth mass extinction being the one that got the dinosaurs . The cause, unfortunately, is us and, more specifically, threats to biodiversity come from what is known as the “Evil Quartet”

One could argue that biodiversity needs conserving but others argue that the needs of humans outweigh those of other species. For example, species are human concepts anyway and, more philosophically, where does the right to exist reside, species or individual? It’s ok for us rich countries, what about developing countries that need those resources to improve the lives of their citizens? People have evolved and are part of the natural ecosystem, and competition and predation have always caused extinctions in the past. These are not easy questions to answer but let’s come at biodiversity conservation from a few different angles.

There is this notion that biodiversity has been ‘lining our pockets,’ providing the many goods that can be directly valued and given a cost. For example, the United Nations Food and Agriculture Organisation estimates the export value of world fish in 2003 at US 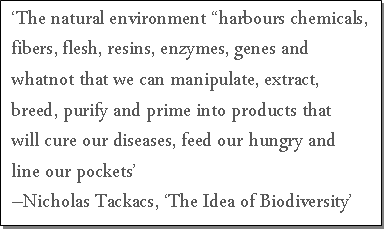 63 billion. In the past, poorly managed fisheries have caused collapses in fish stocks at huge economic costs. Seafood is just one example; imagine the costs associated with collapses in crop yields that may be linked to declining pollinator populations. Already the decline of wild bees in China has necessitated some apple farmers to pollinate by hand. This is scary when you consider that 75% of crops require pollination by many different species.

There are also economic arguments focused around ecotourism. Do not underestimate the economic impact of tourism. Florida’s 12 national parks are home to 54 threatened and endangered species and attracted 9.2 million visitors in 2010, producing 552.8 million economic benefit in 2009. Other developing nations have benefited economically as well and I would argue that countries that develop their ecotourism, for example Tanzania, Botswana and Kenya, tend to be more ‘stable’/’safe’ countries as they need to be, otherwise tourists will not come out of fear. This may have local benefits for safety and job prospects and increasing the economy has led to better schools and healthcare. Biodiversity also provides other indirect benefits that are hard to quantify, that is to put a price tag on, and from this the argument shifts to ecosystem services.

While the Millennium Ecosystem Assessment gives much detail on ecosystem services, these generally fall into four categories:

Ultimately we have evolved here on Earth and depend on it for our very survival.

A relatively large proportion of the world’s population is religious and many religions see the value in nature. In fact some of the major religions believe humans are the stewards of the Earth and it is their duty to protect it. According to Buddha, it is easier for humans to attain detachment from desire in nature. Nature grounds and soothes our spirits. Many Christians celebrate the environment by holding harvest festivals and consider creation sacred: “the earth is the Lord’s, and everything in it, the world, and all who live in it”. In Islam people are also made stewards of the Earth, put more poetically in the Qur’an:

“The Earth is green and beautiful, and Allah has appointed you his stewards over it. The whole earth has been created a place of worship, pure and clean. Whoever plants a tree and diligently looks after it until it matures and bears fruit is rewarded. If a Muslim plants a tree or sows a field and humans and beasts and birds eat from it, all of it is love on his part.” Hadith

I think so far the arguments are strong. They appeal to religious beliefs, those concerned with human’s future needs and people’s pockets. However, what if in some cases religious leaders interpret religious texts differently, a climate change denier pooh poohs the idea that we could lose the ecosystem services or the conservation of a single species was at first not economically obvious? You might lose the upper hand. So here is one last argument, which some may say to be desperate, but I say to be the best.

The ‘It’s the right thing to do’ Argument

Firstly, let’s think of other examples where the ethical argument wins. Consider slavery. It was a change in ethics that finally released the literal and proverbial chains from society. It may not have been economically beneficial in the short term, many people lost services they could no longer afford and religious interpretation, in some instances, approved of slavery, but ending it was the right thing to do and that was an ethical decision as much as any. The international cooperation on ‘the Montreal protocol’ tackling the Ozone depletion problem shows that people can work together to solve problems for mutual benefit. Therefore, to dismiss the ethical argument is a mistake.

Humans are in a unique position; we are aware and we have empathy. If we can extend the empathy we have for other humans to the natural environment that sustains us, we have the ability to save biodiversity for ourselves, our descendants and because it is the right thing to do. If you ever need reminding of the intrinsic value of the Earth and its inhabitants watch this video: ‘The pale blue dot’. I believe Pocahontas put it best when she says “….the heron and the otter are my friends“.

Indeed, how high does the sycamore grow?

The other arguments, though not to be forgotten, seem to distance humans from the environment and create a false dichotomy between nature and ourselves. I argue that we need to consider ourselves as part of the intricate web of all living things. We should see intrinsic values in other things besides humans.