What makes the British Landscape so very British?

Elly Greenway in Environment on 15 February, 2014. 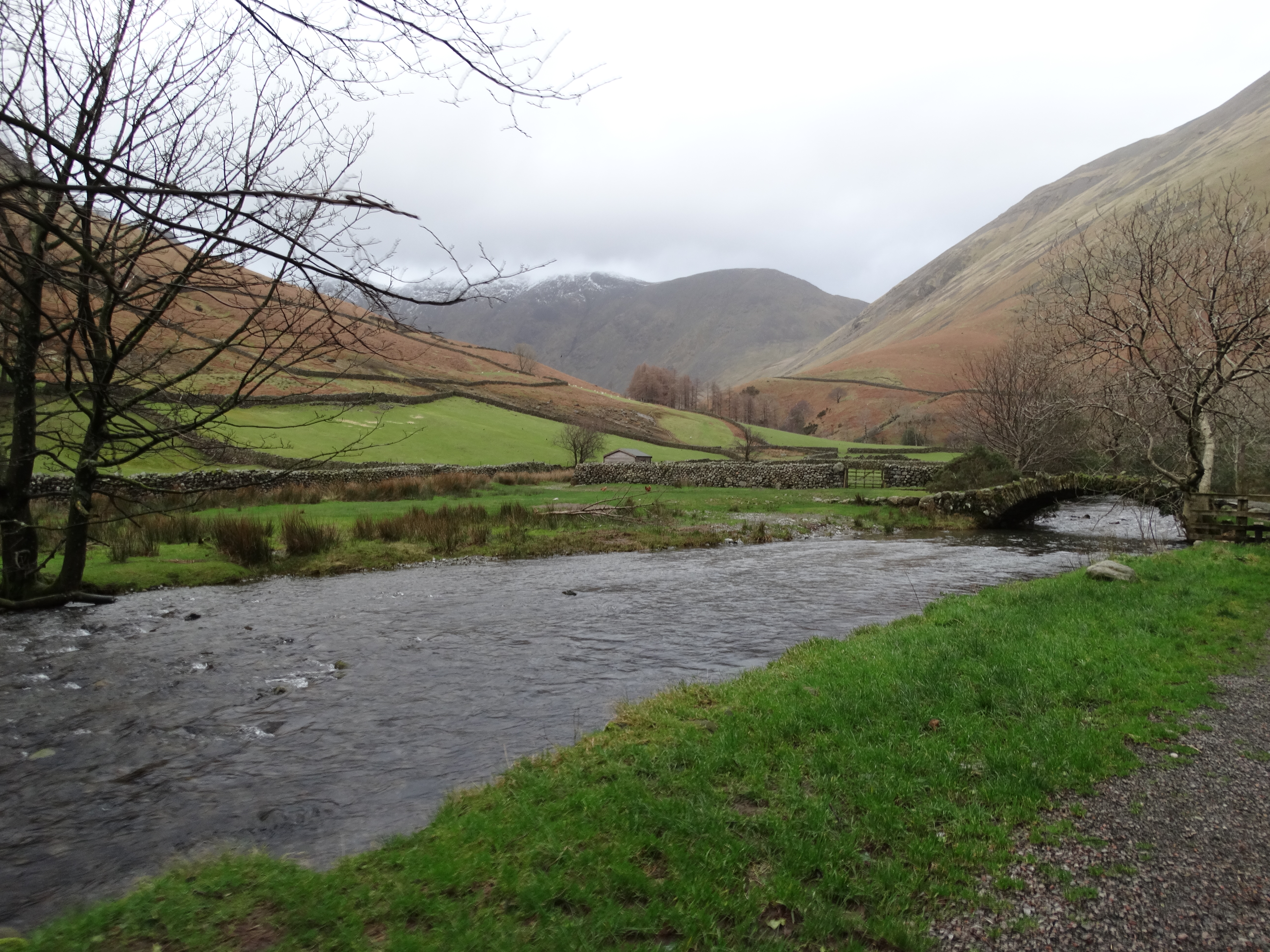 The iconic British landscape that is the Lake District. Photo: Elly Greenway, 2014

Sitting on the 11:56 train from Durham to Taunton, I am given the privileged position of witness to a transect of over 450 kilometres of beautiful, British landscape. British, it certainly is. Somehow in the flat plains that mark Darlington to York, the gentle slopes and wooded copses that precede Leeds and finally the rolling hills and water-sodden levels of Somerset, there lies an unmistakable Britishness that manages to tie together all this extreme variation under one all encompassing notion of what we all know so surely as the British countryside. But what is that ‘thing’? That ‘thing’ that is so characteristic of rural Britain? That ‘thing’ that each of us is so aware of and yet none of us are quite sure how to pinpoint?

Perhaps I am simply letting my imagination run wild? It is all too easy to indulge our romantic selves in the patriotic notion of a landscape that has been swept up in the tide of British influence and stamped by our patriotic ideas of nation and belonging. Beneath our self-assured belief that the landscapes we inhabit are spectacularly British, are we not, in fact, drawing on a subconscious desire for this to be true?

On the outskirts of Leeds, a heavily arched bridge, darkened by decades of pollution, superimposes a staircase of terracotta and ivory buildings and is framed by the tangle of wires and iron that make up the train tracks. There is a mass of brambles separating the track from the scene below, which seems to form an echo of an industrial past. It takes no stretch of the imagination to picture this setting in any European country. However, it does not take long before the ambiguity of the cosmopolitan, urban environment fades away.

Sometime after Chesterfield, thickets of reed form clumps around a silvery slither of water. Well-rounded ponies gather around a weathered hay feeder. A haphazard bird sanctuary has been constructed on the banks of this water body and a scattering of water birds rest upon the water surface. Oaks and beeches stand majestically upon a hillock on the background.

Even with the presence of clearly non-indigenous conifers cropping up among the oaks, it is difficult to imagine such a scene in any other part of the world. It oozes a Britishness that no other country can claim. A holiday in France inevitably coincides with a strong conviction that the land just isn’t British. The absence of hedges, the neatness of the field boundaries, the immaculately aligned spacings of woodland plantations… it all feels so alien.

It now seems apt to mention the idea of environmental determinism: a theory that explores the extent to which nature controls humanity and to which humanity controls nature. We have moved well beyond the early stages of civilisation, in which we were entirely dependent on nature for our supply of food and life necessities and are now at the stage where humans have been working the environment to their own design generation after generation. We’ve dropped early practices of hunting deer and gathering berries and seeds. If we want food, we grow it (well, someone does anyway). If nature’s thrown us an especially chilly day, we dig out some fossilised animal or plant remains, burn them and use this to heat our artificially constructed homes. We can now carry out our day-to-day activities in total independence from nature’s influence. In fact, some even argue that we have moved far beyond this and are now mastering nature itself. Through cloud seeding, geoengineering and unintentionally, the emission of greenhouse gases, we have the capacity to alter nature itself.

For centuries, our actions have been shaping the environment. The reason that Britain is overlain with ribbons of hedgerows is because we put them there. The French didn’t. Someone, somewhere in Britain, sometime in the distant past, decided that it would be layered and hand woven hedges that would be used to keep their flocks and herds from wandering into next door’s property and somehow this spread nationwide and the patchwork of fields that is so iconic of our island was born. The quintessentially British realms of National Parks exist because our government made the choice to conserve the practices that have been handed down from our ancestors to create and maintain the landscapes we have come to know as British. National Parks are the obvious example, but the ways in which Britons have farmed, worked and inhabited every corner of our nation have made it what it is today. There is no recipe for making a landscape ‘British’. I know of no checklist that can be drawn up. The British landscape is so very British because we have shaped the unique geography of our island in ways that are unique to British societal norms, traditions, ideas and practices. Factored in with national ideas of history, heritage and the subconscious assertion of spatial belonging, we have ourselves created, both conceptually and in reality, a truly British landscape that encompasses all the variety that can be seen from north-east to south-west, from south-east to north-west and draws them together in an overwhelming sense of pride.