Waste Not Want Not: The Journey of the Papaya 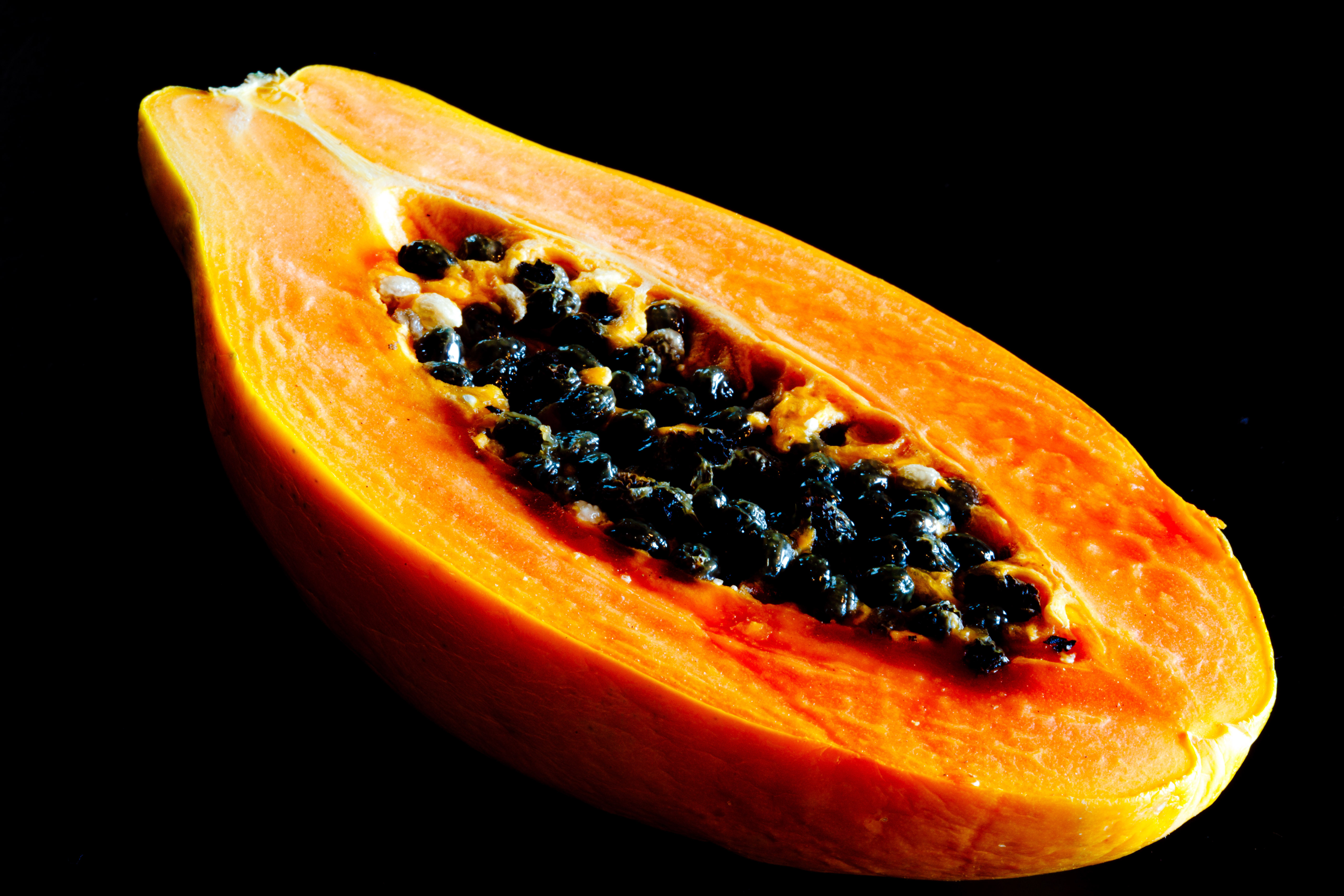 The papaya – a fruit with a story

Cruising down Tesco’s aisles with shopping trolleys laden with an array of edible delights from across the world, each delicately clothed in a pristine plastic coat and plastered in the familiar stamps of our Western manufacturing corporations, it is hard to look beyond the rows of shelves and into the journeys made by each and every tin or packet before it reaches our kitchens. The sights of the supermarket are so habitual to our existence in modern Western society that we rarely stop to consider the processes that contribute to their existence. Every jar removed seems seamlessly and automatically to re-materialise with any hint of a former provenance reduced to an easily overlooked ‘made in …’ stamp. The supermarket is a master of performance. Within its walls, the complex pathways taken by each product are kneaded into a sense of order and familiarity and the journeys and people behind them fall into tracelessness.

With a view to unpicking the complexity that underlies each purchase, Ian Cook, from the University of Birmingham, and his co-workers followed the journey of one supermarket product, the papaya, from a tree in Jamaica to its resting place on a plate in North London. The story of the papaya reveals the toil that goes into producing this simple fruit. Over 4,000 miles away, labourers in Jamaica endure testing working conditions, perching on 30 feet high scaffolding, trying to prevent the latex from the tree from burning their skin and surrounded by an atmosphere of fear and boredom under the watchful eyes of the foreman and overseer. Such a challenging working environment reaps few rewards to the workers whose wages, though above average, fall below inflation and who have few opportunities to improve their situation. On these farms the racial hierarchy of Jamaica’s colonial past continues to resonate. It is a world away from the cosy homes of the Western consumer. Of course, this is not unbeknown to the buyers, who must, in order to build the relations on which this business relies, submerge themselves in the poverty-stricken countries of their suppliers and face up to the grim reality of the global inequality to which they contribute. However, any feelings of guilt are soon tucked away in response to the constant drive to generate capital, justified by the buyers’ belief that they must do so to support their own families as best they can. Even so, the trickle-down argument exists as only a myth that fails even to lure even the money-hungry capitalists into a sense of self-righteousness. 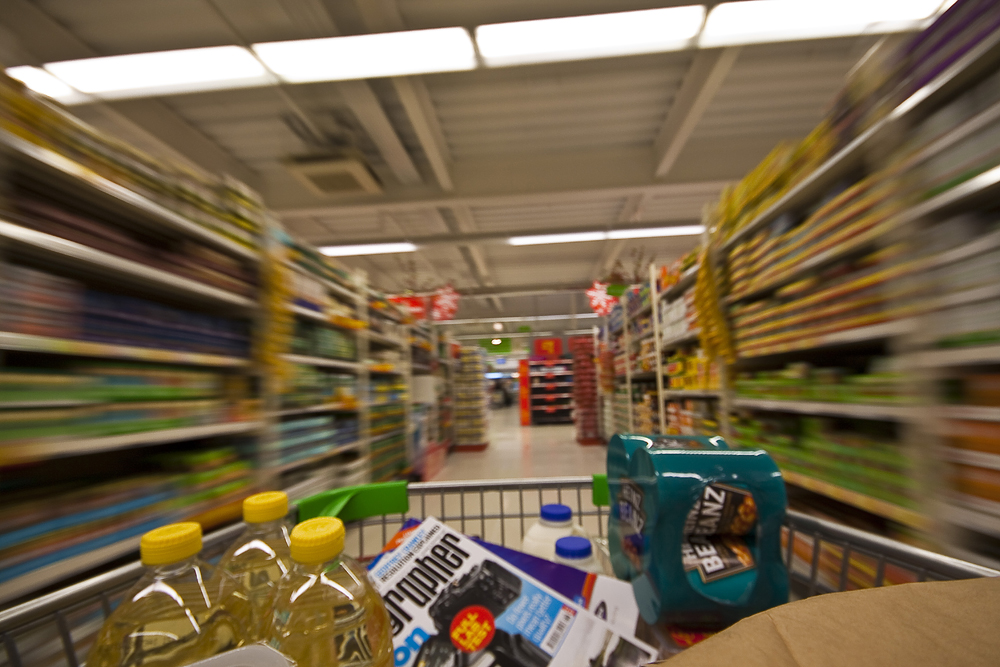 The unquestioned origins of the food lining our supermarket shelves

Alongside this considerable issue of the supermarket’s role in perpetuating global inequality, there is the equally concerning problem of the colossal wastage of the industry. In the case of the papaya, its journey is littered in pitfalls and dead ends. With supermarkets demanding perfection and uniformity from their suppliers, the potential for food to fall short of this is boundless. Papaya trees must ideally be hermaphrodite in order for them to produce the sought-after, pear-shaped, small-but-not-too-small, papayas that the supermarket demands. However, changes in climate can result in the sex of the tree changing and consequently the labour, water and nutrients thrown at the tree are wasted. There is also the issue of when a tree grows too large. With height, its fruit become too crowded and lack space for growth. Under these conditions the papayas are too small, they leave blemishes on each other and disease quickly spreads.

Even papayas that meet the specifications at the farm must still overcome several hurdles before they are consumed. The safe delivery of containers packed with papayas can be disrupted by the overheating or bruising of the fruit within the aeroplanes or ships to Britain, leading to losses for the producer and causing further wastage of precious food resources. Then there is the minefield of sell-by-dates and damage by the shoppers themselves as they feel around for their chosen papaya. Even past the supermarket check-out, many papayas find themselves rotting in a bin, having been bashed during their transition from the trolley to the consumers’ homes, or, despite the copious efforts made to ensure the safe passage of this fruit, left forgotten in a fruit bowl until they become tainted by mouldiness.

To combat this extensive waste of perfectly edible food, it is essential that the supermarket rethinks its criteria for accepting fruit. Even the buyer in Cook’s article admits that she would choose to buy papayas from ethnic food stores, where the price and quality of the fruit are superior, above those of the supermarket. Supermarkets need to find ways to market fruit on the basis of its taste, rather than aesthetic quality, and drop the assumption that consumers are in pursuit of visually immaculate fruit. Consumers, meanwhile need to reconnect to the pathways made by our food. The potential for food scarcity in the future and the damage caused by food production to the natural environment are well publicised. If we are to meet human and environmental needs in the coming decades, we, as consumers, need to appreciate the efforts and challenges taken to bring food to our tables. We need to break down this psychological barrier on misshapen fruit and veg. We need to do our utmost to prevent food from being wasted in the depths of a landfill site and, most importantly, we need to rise up to the level of care and respect given to our food by those who prepare it for the supermarket shelf.