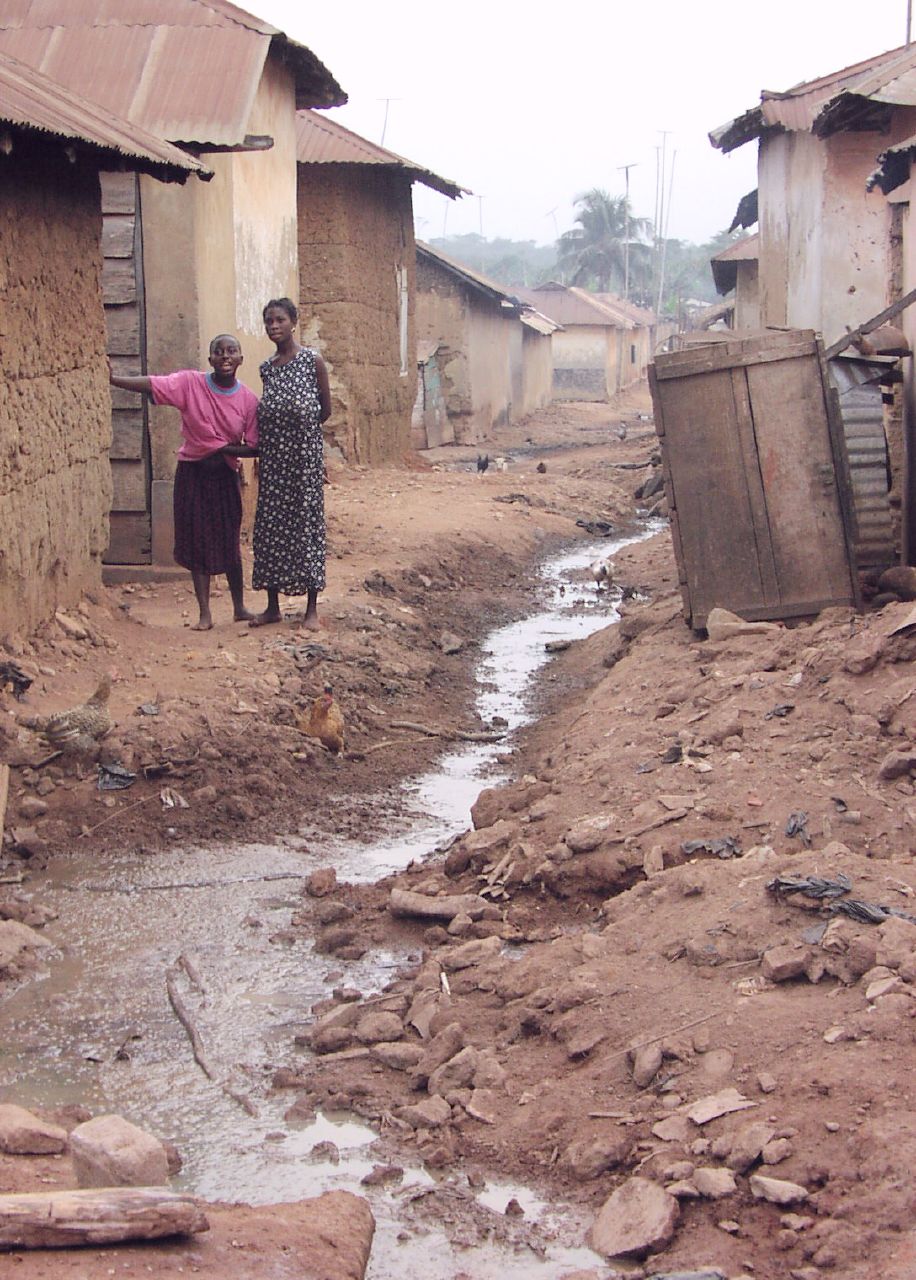 Sewers flow freely through a village in Ghana

Global sanitation crisis! I hear you say. Surely you mean something like climate change, deforestation, melting ice/rising sea levels, ocean garbage, habitat loss, invasive species, deforestation, coral bleaching, desertification etc., etc.? You get the gist. Yes, these are some of the most important issues facing us now and in the future and it is likely you have heard something about them (I hope). However, you may not have heard of ‘the global sanitation crisis.’ So if you are like me, and I suspect if you are reading this you might be, you like to be in the ‘know’ about the issues that affect the environment and human health. So I will outline the problem and, not to be wholly negative, what is being done and what you can do to help.

Historically, human excrement was disposed of into the environment untreated, assuming that the waste would eventually be assimilated, though we now know it causes polluted rivers/coastal areas and the spread of disease. Luckily for the economically privileged developed nations, they were able to treat waste water and install safe sanitation. However, as of 2005, over 90% of sewage in developing nations is released into the environment untreated. Fascinatingly, the UN says that six of the seven billion people on Earth have mobile phones, but only 4.5 billion have access to toilets or latrines, leaving 2.5 billion without proper sanitation with an estimated 1.1 billion people defecating in the ‘wild’. This defecating in the open has some surprising consequences that might not be at first obvious. In some communities, some children, sadly mostly girls, do not want to or are prevented from going to school to protect their dignity. Can you imagine your school playing field with children, or even yourself, taking a number two on the outskirts? I probably wouldn’t go either. More gravely, the UN says those countries with the most open defecation have the highest rates of under-five child mortality. As you can imagine, any drinkable water in these areas may quickly become contaminated with human waste, causing diseases such as cholera, typhoid, gastroenteritis, hepatitis and many more. The department for international development says that 4,000 children die every day from diarrhoea, that’s more than AIDS, malaria and measles combined (so yes! ‘Crisis’ for any that scoffed at the title). Not to mention the parasitic burden on these communities and how even being ill and surviving can affect the fragile education that the children receive in some of these communities. Perhaps secondary in our consciousness and in the shadow of these terrible consequences, the environmental impacts lurk in the proverbial and literal quagmire. Eutrophication (excessive richness of nutrients) caused by our waste can eventually lead to the oxygen being sucked out of the water to the detriment of, as you might expect, oxygen loving organisms. There are also worrying reports of endocrine disrupting chemicals (EDCs) found in wastewater effluents, adversely effecting fish populations. Specifically, EDCs can disrupt reproductive development and, in some cases, lead to the feminisation of male fish. Disruptions in a population’s reproduction can quickly lead to population crashes and extinctions. Another environmental argument for action on this issue is the fact that many of the world’s biodiversity hotspots (cool animal hangouts) are in developing nations and ask yourself: would you be concerned about conserving the ‘lesser spotted what-ya-ma-call-it’ when you don’t have clean water to drink? Enough clean water, food, education, freedom and human rights allow the people to consider other issues like the environment and pursue the plethora of other activities we enjoy here: sport, science, music, poetry etc., etc. We’re missing out on a lot of poems, discoveries, Olympic champions and potential Sir David Attenborough replacements because they are preoccupied in finding clean water and getting sick. Prevention is almost always better than cure and therefore clean drinking water is essential, as long as it is linked to the installation of sustainable sanitation.

Unfortunately, our water wasting flush style toilets are neither economically nor environmentally sustainable for most developing nations. The sanitation issue is linked to a triple threat of issues, that all need to be addressed;

· Provision of adequate quantities of water for health, hygiene, agriculture and development

The UN Millennium Development Goals (MDG) aims to halve the number of people without safe drinking water and basic sanitation by 2015 from the 2005 statistics, so I guess next year we will find out how successful this has been.

There is no easy, quick fix to the water scarcity problem which is predicted to get worse.

However, there are potential solutions such as desalination, reducing waste, fixing leaky pipes and stabilising populations. In more deprived areas, new wells can be drilled, along with educating the local population on hygiene and safe use of the available water. This links in with provisioning of basic sanitation to help keep clean water safe to drink. One sustainable sanitation system being implemented is an ecological sanitation system (ECOSAN), which is a closed loop cycle that treats waste water as a resource, using the nutrients in the sewage for agriculture. This provides economic and environmental sustainability. The ‘closed’ part keeps the contaminated waste separate from the drinking water, with nature as a water purifier. I won’t bore you with details of sanitation systems but point to the good work being done by great people in places such as South Sudan, Pakistan, Vietnam and rural India.

All this good work in the area of water quality and sanitation, as well as in many other areas such as food, medicine and education, have halved the child mortality rate in the last couple of decades but there is still a long way to go. This is put more eloquently in this video by Bill Nye Science Guy. Here, in university, surely one of the best ways to help out is through that most noble and heart-warming of gestures: charity. There is a plethora of DUCK activities you can do, alone or with your friends, to raise money. Or you may choose to give anomalously and bask in the thought that evolutionary biologists/psychologists will have many a headache in trying to explain why you acted altruistically towards people to whom you are not closely related and that you are never likely to meet.