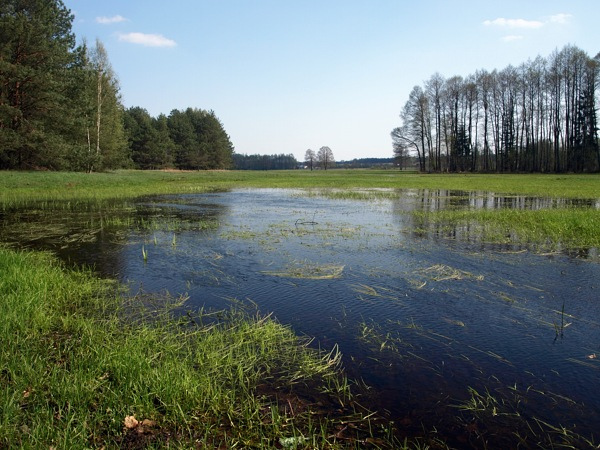 After the flood: The fields have re-emerged, but can we improve the ways in which we farm them?

Land has long since emerged from the lake that, this winter, the Somerset levels briefly became. But parts of Britain are still recovering from devastating storms that are just one manifestation of the increasingly extreme weather we likely are to experience if the climate changes as it is predicted to. So, as society rebuilds and re-evaluates, it is vital that we consider carefully what should be the future of our agriculture. How can we adapt, both to cope with the wild weather that is inevitably on its way, and to avert greater disaster by reducing our environmental impact? Here, we focus on four key aspects of British agriculture for which the benefits of change would be far from solely environmental.

‘Organic’ farming means using organic material to fertilise our crops and protect them from predators instead of synthesised fertilisers and pesticides, and has become increasingly fashionable in recent years. Through recycling nutrients into the soil, and, through crop-rotation, allowing the ground to recover, our agriculture was sustained for centuries before the twentieth century. With the help of modern scientific knowledge and technologies, this more traditional style of farming could still meet the needs of today’s larger population, something that will be increasingly important as the world exhausts ‘artificial’ sources of phosphorus in particular, and we seek to avoid poisoning our countryside with pesticides and expending huge amounts of energy in producing and transporting fertiliser.

As opposed to mining phosphorus, for example, we can recycle it organically from urine instead of allowing this to be wastefully washed out through the sewers to the sea. Additionally, farmers will need to protect our countryside in other ways to ensure the security of our food and environment. The planting of trees around farms can directly reduce the risk of flooding as well as providing natural habitats for numerous plants and animals, and in turn fosters soil preservation and maintains the populations of birds that prey on pests, thereby increasing the yield available from organic crops.

We all know that the easiest way of reducing the environmental impact of farming is to produce less meat, because crops return much more energy per hectare than animals bred for consumption. If we are to feed a world of seven billion people and rising, meat needs to become once again a luxury rather than an everyday foodstuff, in Britain just as elsewhere. And where animals are required for dairy produce, they should not be kept in densities that defy nature and moral standards: ‘mega-farms’ must be rejected in favour of more traditional, free-range, smaller-scale farms that are manageable without industrial-scale infrastructure and where animals can live healthy lives. Instead of separating cow and calf soon after birth, cows should be allowed to feed their own young for half the time, as this leaves them so much happier that their yield in milk to us in the other half of the time dramatically increases. This leaves both farmer and cow in a much better state.

But even as we increasingly switch to crops rather than meat, we need to think about which can be grown reliably and securely, given that dramatic swings in the weather may be afoot under climate change. It may be that hardier varieties will need to be bred and adopted in some cases. But the best way of protecting against disaster – be it from pests, floods or droughts – is to grow a wide variety of plants in any given farm – even in any given field – to protect against all eventualities. The intensive mono-cropping of the past, which leaves entire fields vulnerable to sudden destruction, will have to stop. This has the additional benefit that every farm diversifies, and thereby becomes able to produce a wide range of produce for local consumption.

If ours is to become a truly sustainable society in the long-term, we need to find ways of alleviating the social as well as environmental degradation that decades of consumerist culture have created. One of the qualities that society has lost is a feeling of belonging to one’s local community, and amidst capitalist competition a sense of common endeavour has sadly declined. If this feeling is to be restored, it is important that local economies are resurrected from the graveyard state that big business has so often abandoned them to, so that local people are able to provide local goods and services again, with each person playing their own role in a cohesive social structure.

Farmers, of course, should by no means be exempt from this. Vital to the restoration of not only sustainability but also pride in British agriculture will be the localisation of food production, so that the local farmers produce food, first and foremost, for the consumption of people in the neighbouring villages, towns and cities. The practice of transporting fresh food across the country by lorry is not only unnecessarily polluting in itself, and a burden on our roads, but also destroys our connection to the people that grow our food, one of our most basic needs, and hence destroys some of that community grounding that we need for our emotional well-being. Worse still than transporting food across the country is importing it from abroad. If meat consumption is scaled down and the amount we waste is reduced, we should be able to raise the proportion of food grown in this country far above its current level of around sixty per cent. Eventually, all the food-types that can be grown in this country sustainably (so, not bananas or chocolate but most of our cereals and vegetables) should be produced locally to the consumer. The vast amount of energy wastage associated with food imports and the destructive effect of forcing poorer countries to become dependent upon exports to the rich world rather than nurturing a sustainable prosperity for themselves could thereby be avoided. It may mean having certain foods only in season, but there is nothing fundamentally unpalatable about such a perfectly natural state of affairs.

There are also many obvious ways in which farm machinery can be made cleaner. The farm is one place where motorised vehicles have a rightfully prominent place and will still be needed in a future world, even as automobile use is decreased elsewhere. Here, then, electric vehicles could be particularly useful – after all, tractors, harvesters and jeeps are often operated close to the farm, so would seldom be far from a charging-point. Installing solar panels and wind turbines on and around buildings could easily make the energy supplies they tap into renewable. Furthermore, modern technologies such as ‘smart tractors’ that compute exactly how much water or fertiliser (be it organic or inorganic) to put where within a field can help to improve efficiency. But ultimately, the greatest saving to farm energy use – and greatest benefit to a society suffering from widespread unemployment – would be to increase the labour-intensiveness of farming, through the use of organic techniques. We have a ready workforce, after all, and what better place to invest it than in what is surely one of the most important, healthiest and enjoyable lines of work of them all?