No GMOs or Know GMOs 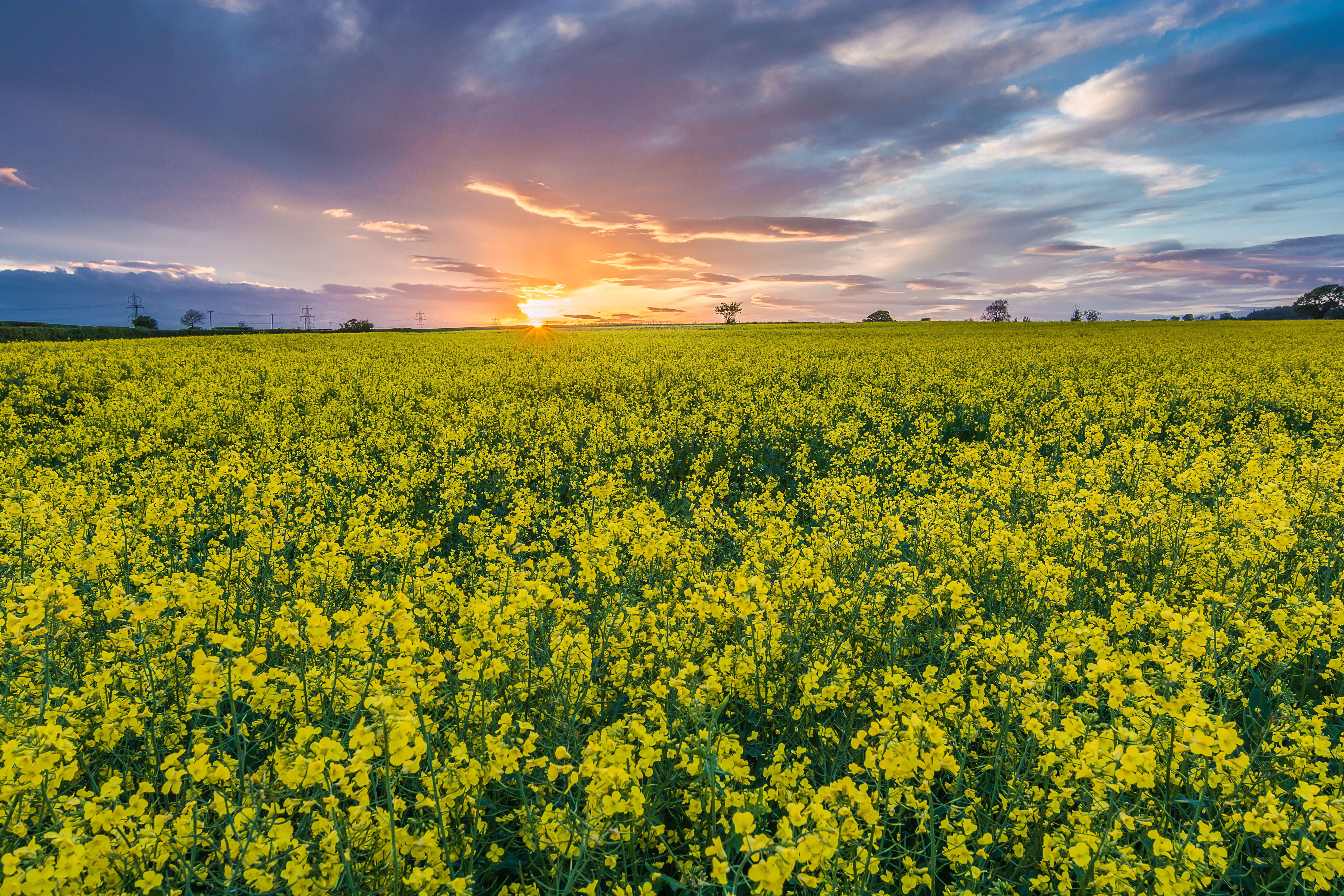 Agriculture is a hugely important issue, now and in the future

Or is it? For many the answer is a done deal; either they are dangerous, toxic and the end of us all or they are needed economically, environmentally and will save the starving people of the world.

Wherever GMOs are debated, it is spirited to say the least; so let’s try and look at it from a rational (admittedly slightly bias) viewpoint while hopefully finding some interesting facts.

Firstly, this video points out some of the ignorance surrounding the debate on GMO’s…”What’s a GMO?“. If you didn’t watch the video (you missed some crackers: “…you want to eat what you are eating…” haha!), it stands for Genetically Modified Organism, which is defined as any organism whose genetic material has been altered using genetic engineering techniques. Secondly, this is not about labelling, which is another debate, and who can honestly be that against fully labelled food anyway? 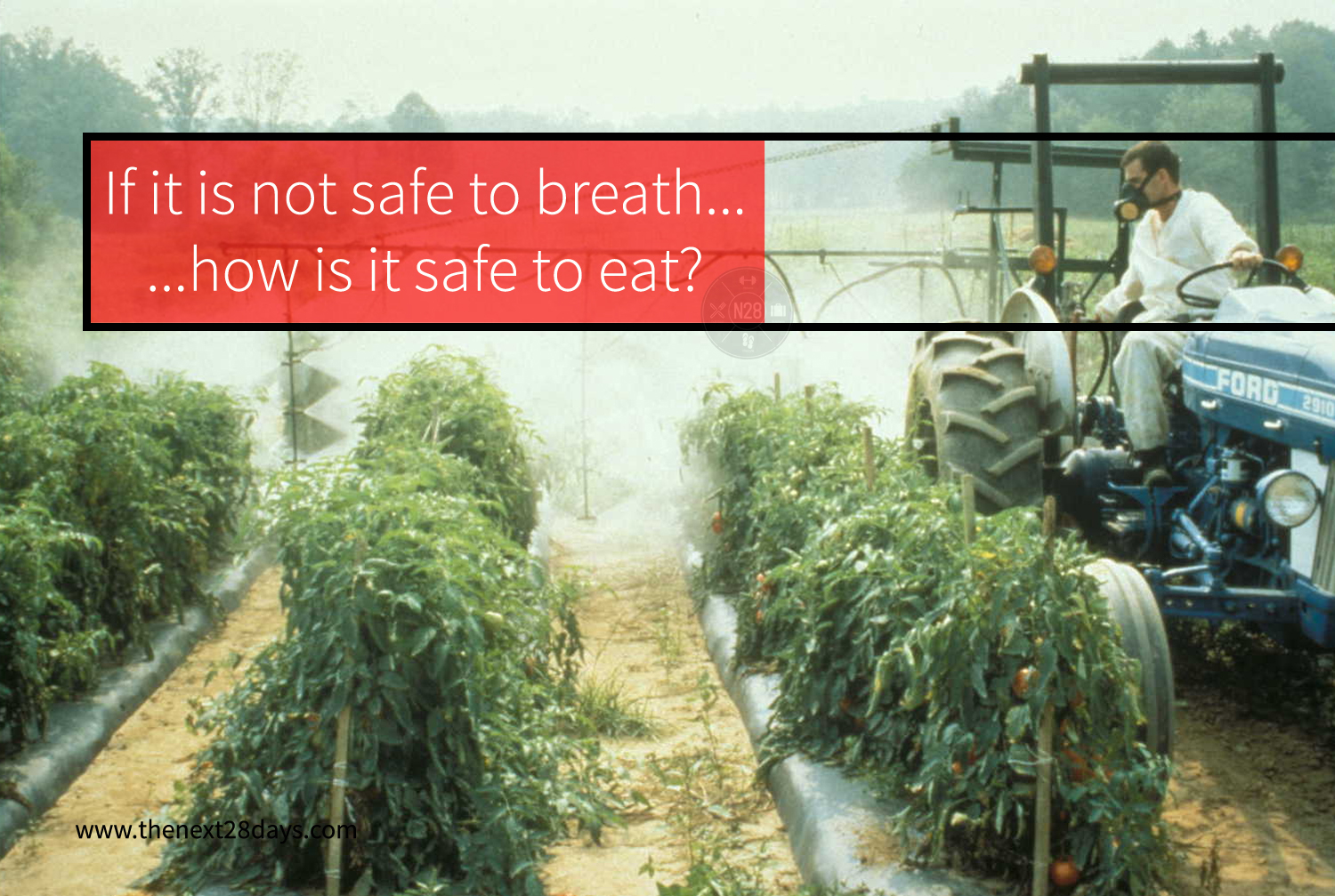 With over sixty countries around the world, including all of the European Union, having either significant restrictions or outright bans on GMOs, there must be some compelling scientific evidence to the dangerous side effects of GMOs, right? Actually there’s not…

“The World Health Organization, the American Medical Association, the U.S. National Academy of Sciences, the British Royal Society, and every other respected organization that has examined the evidence has come to the same conclusion: consuming foods containing ingredients derived from GM crops is no riskier than consuming the same foods containing ingredients from crop plants modified by conventional plant improvement techniques.”

– American Association for the Advancement of Science, 2012

That is not to say that all new GMOs shouldn’t be tested and well regulated, they must. However, no evidence or testing is ever enough for some people, who make this argument irrational – just like anti-vaccination arguments or climate change deniers.

While the scientific human health/consumption question is relatively simple, the ecological and environmental impacts are far more complex. What would be the net effect of producing herbicide resistant crops? A positive is that you could spray your crops with herbicide and kill all the weeds, saving money on labour and reducing the amount of tillage, which is bad for the soil and releases CO2. However, negatives include an increase in herbicides in the environment and the favourable conditions for resistance to evolve in weeds. How will insect pests respond to insecticide producing GMOs? Will they increase the pressure on non-GMO crops? Would increased insecticide upset important soil biota? Ecological and environmental impacts will differ in different ecosystems and with different agricultural techniques making, it extremely complex and difficult to assess the net effects.

Genetic modification is simply a powerful technology – it can be used to introduce drought resistance, pathogen resistance, cold resistance, herbicide resistance, insecticide production and many other yield improving traits. However, if each organism modified in different ways has different net effects, then it is rational to assess each individual GMO on its own merits and risks and irrational to clump either the merits or risks of one with all others. 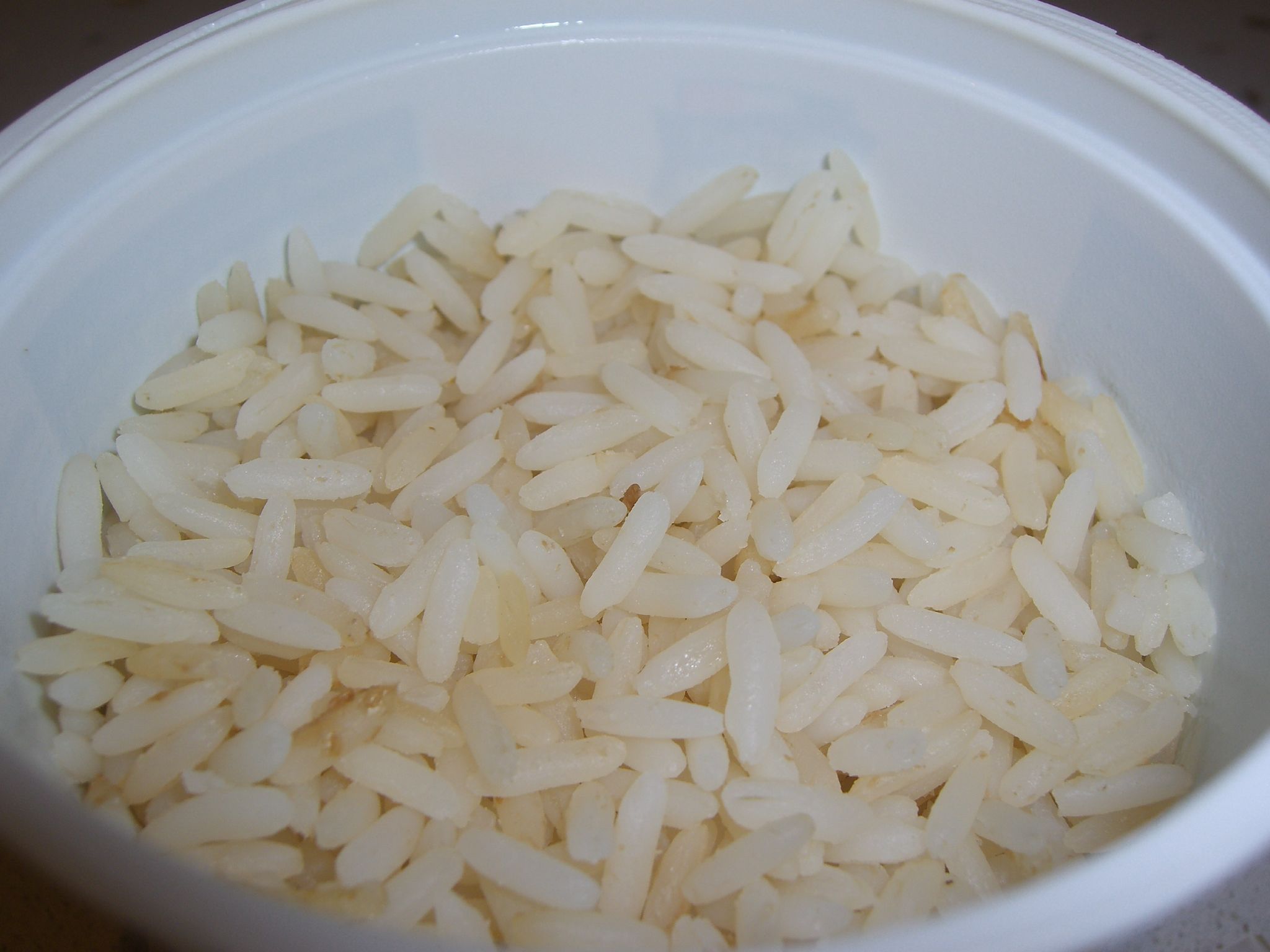 Cooked golden rice with enhanced production of beta-carotene, the pro-vitamin of vitamin A that can help prevent blindness due to vitamin A deficiency

It is certainly appealing to hope that anything can be the cure for world hunger. Genetic techniques definitely possess qualities that can increase yields, but it might be useful to start from the position that every company or salesperson over-hypes their product. The issue is complex and needs a more holistic approach. For example, traditional breeding techniques might be better in some circumstances, where the genetic change required is large and complex (e.g. drought resistance requires many genes). Other social and economical factors undoubtedly will also have a deciding vote on world hunger. However, there is reason to be optimistic about the potential benefits of GMOs. For example, the poster boy golden rice has the potential to prevent blindness and death in children with vitamin A deficiency. One study suggests that one bowl of rice would provide 60% of the required daily vitamin A.

People are not so anti-GMO-medicine. Historically, insulin (needed for diabetics) was extracted from cattle or pigs and then purified for human use. Now insulin is mass-produced by genetically modified bacteria or yeast that produce a perfect copy of human insulin. Amazing! There are other areas where GMOs are being put to noble causes: two examples are GM-insects in the struggle to prevent parasitic diseases (e.g. GM-mosquitoes/malaria) and GM-bacteria are being modified to produce biodegradable plastic (Biopol), potentially helping reduce plastic pollution. Even humans ourselves, yes genetic modification of humans, so called gene-therapy, may provide future cures for diseases such as cancers. 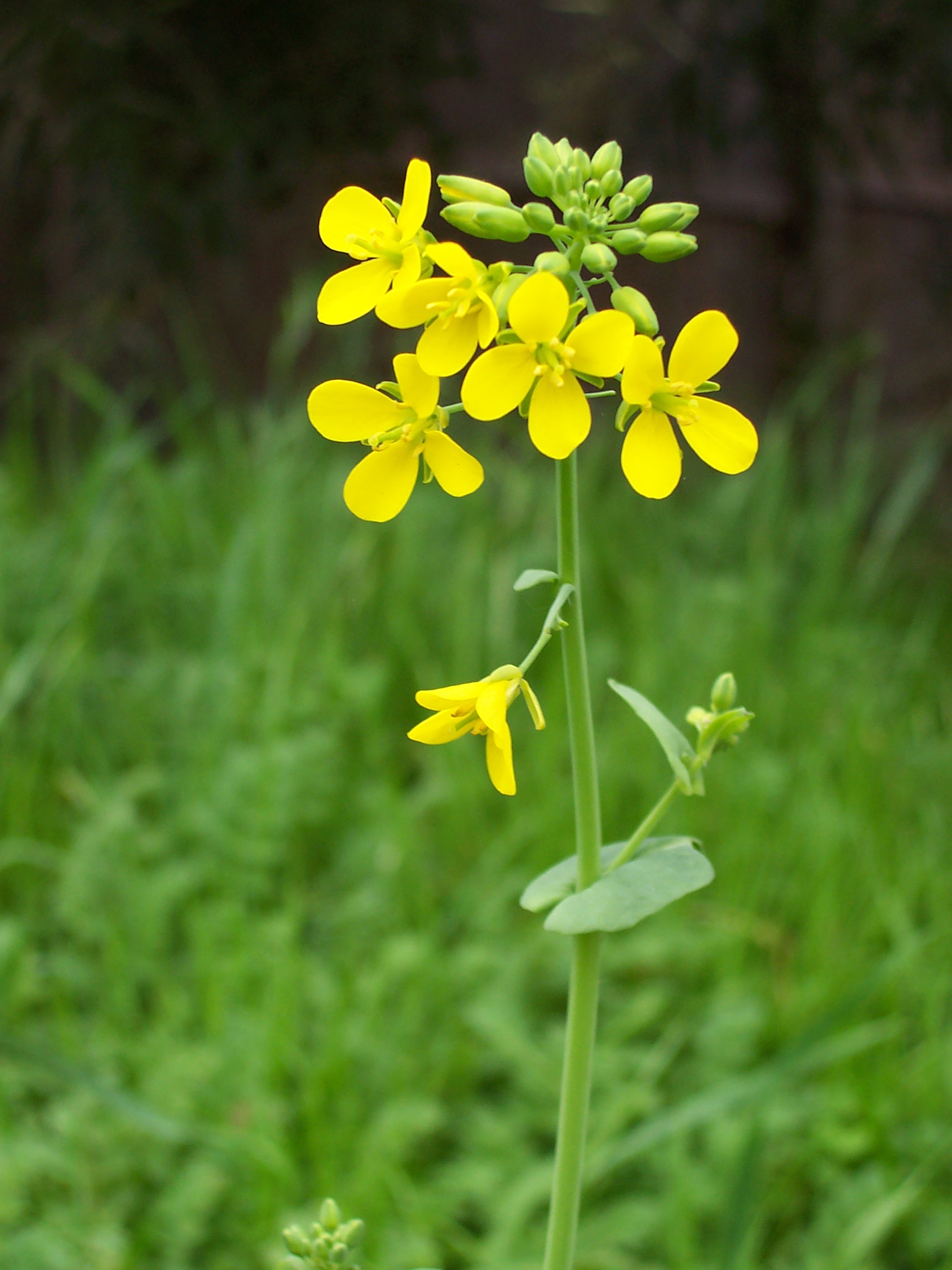 Almost every, if not all, food we eat are ‘genetically modified’. Just think; there is no seedless wild grape, or wild seedless anything for that matter. Ever since humans have cultivated or reared, they have been genetically modifying. This is known simply as artificial selection. A popular (fascinating) example is wild mustard being amazingly modified into cauliflower, broccoli, cabbage, sprouts, kale and kohlrabi. Therefore, one might (tenuously) ask, if modern techniques can speed up the thing we have been doing for thousands of years, what’s the big objection?

To conclude (with a new word to my vocabulary stolen from Neurologica blog); GMOs are neither menace nor panacea. We face huge challenges in the future with climate change and feeding a growing population. Therefore, we should not abandon powerful new technologies just because they are new and misunderstood. We should of course be vigilant, test GMOs and make sure they are safe, but getting bogged down in circular unscientific arguments helps no one. This article may not convince anyone, not to mention anti-GMOs folk, but ask yourself this… if you are willing to except the scientific consensus on climate change, vaccinations, evolution etc., etc., then why not on genetically modified organisms?