‘Life Story’: So that’s why we should save the planet

Elly Greenway in Environment on 1 November, 2014. 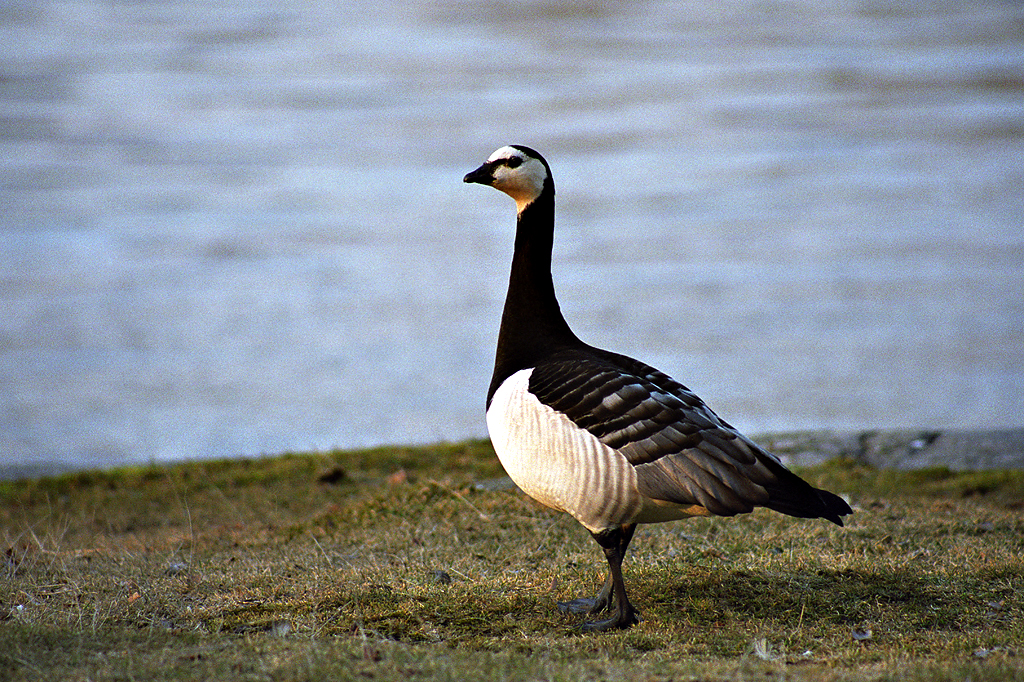 Barnacle goose: alive thanks to a 400 ft cliff-top descent

Thanks to televisions and newspapers ringing out alarming statistics about global change and environmental exploitation, we are well acquainted with the notion that we, as humans, are having a significant, detrimental influence on the natural balance of the world. Alongside this constant message of doom and gloom, however, it is important that we are all reminded of the true value of what it is that we are striving to protect. If we are to make colossal changes to the economic and technological systems of our planet for the sake of our environment, we need to be aware of how very important this environment is. Nothing can show the importance of nature better than David Attenborough’s latest documentary to reach our screens: ‘Life Story.’

Once again, this noble figurehead of natural science has graced our screens with his insightful narrative and unconcealed admiration of the life that unfolds in front of his eyes. Cameras perch in precarious places as his crew capture clips of faunal life stories to be shared through living rooms across the world.

We live in a world where five tiny barnacle goslings, fresh from the nest, descend past 400m of solid cliff face, falling 85 times their own height every second and bouncing between rocky outcrops in an attempt to reach river’s food supplies below. In our own planet Earth, young black-footed albatrosses leave the protection of the breeding grounds with a haphazard take off across shark-infested waters before making a staggering 3 year debut voyage before their feet are safely returned to solid ground. Below the expansive ocean surface, veined octopi fashion themselves amour from sunken coconut shells and adult humpback whales go to extraordinary lengths to direct their young into adulthood.

In two 60 minute episodes, David Attenborough and his team have succeeded in revealing tales of unimaginable feats and breathtaking beauty and yet this is only a miniscule fraction of the life that fills every corner of the atlas at every minute of every day. Our beautiful landscapes are packed with the most stunning of creatures and so much of the achievements that allow these animals to survive in such a varied planet remain unknown to so many.

In modern Britain it is all too easy to lead our day-to-day lives blinkered from the expanse of wildlife around. Beyond the four featureless walls of the lecture theatre, a whole world awaits. The hedgerows that line our walk to campus are teeming with plants and mammals and insects and all the individual life stories they encompass, and yet we are far too often too wrapped up on the 5 to the hour rush to the science site to notice that there even are hedgerows. We lead busy lives and sometimes we need someone to wave nature at our faces and bring the plethora of the animal kingdom into our reach. Thanks to modern technology and the dedication of people such as Attenborough, we can access the full array of the planet’s ecosystems from our tiny corner of North-East England.

Ironically it is also modern technology that poses a threat to this environment. It seems unlikely that the effects of humans’ influence on the planet will rule out life altogether, at least in the foreseeable future, but the unprecedented changes we are inducing will no doubt make winners and losers of the natural world. As highlighted by ‘Life Story’ many of Earth’s creatures have developed unique adaptations to the trials of nature, but many of these such animals are so well adapted that even slight changes to their habitat will prevent their continued survival. As the global energy balance, circulation systems and chemical cycles of the planet are perturbed and shifted with human consumption of fossil fuels, many animals will find that their former habitats are altered in a way that allows alternative species to thrive at their expense, leading to the success of some populations and crash of others. Of course, the global ecosystem has pulled through major environmental alterations in the past, but these events, such as ice ages and humid periods, led to irreversible alterations to the world biota and these were much more gradual than the rapid temperature increase seen in the twentieth century, which will leave nature little time to adapt.

But of course, David Attenborough shows us that the subject of the environment is not all doom and gloom. It is always a concern that people will wince at the very mention of the environment and all its connotations with an awaiting apocalypse or the constant nagging of “hippy, tree-hugging types” to sort out our tins from out plastic. We cannot of course hide from the serious threat that the environment faces and our personal and collective role in their fruition. However, nor do I believe that we should in any way let this threat put a downer on the true magnificence of the ‘Life Story.’