Festive Ecology: A Guide to Christmas Birds and Beasts 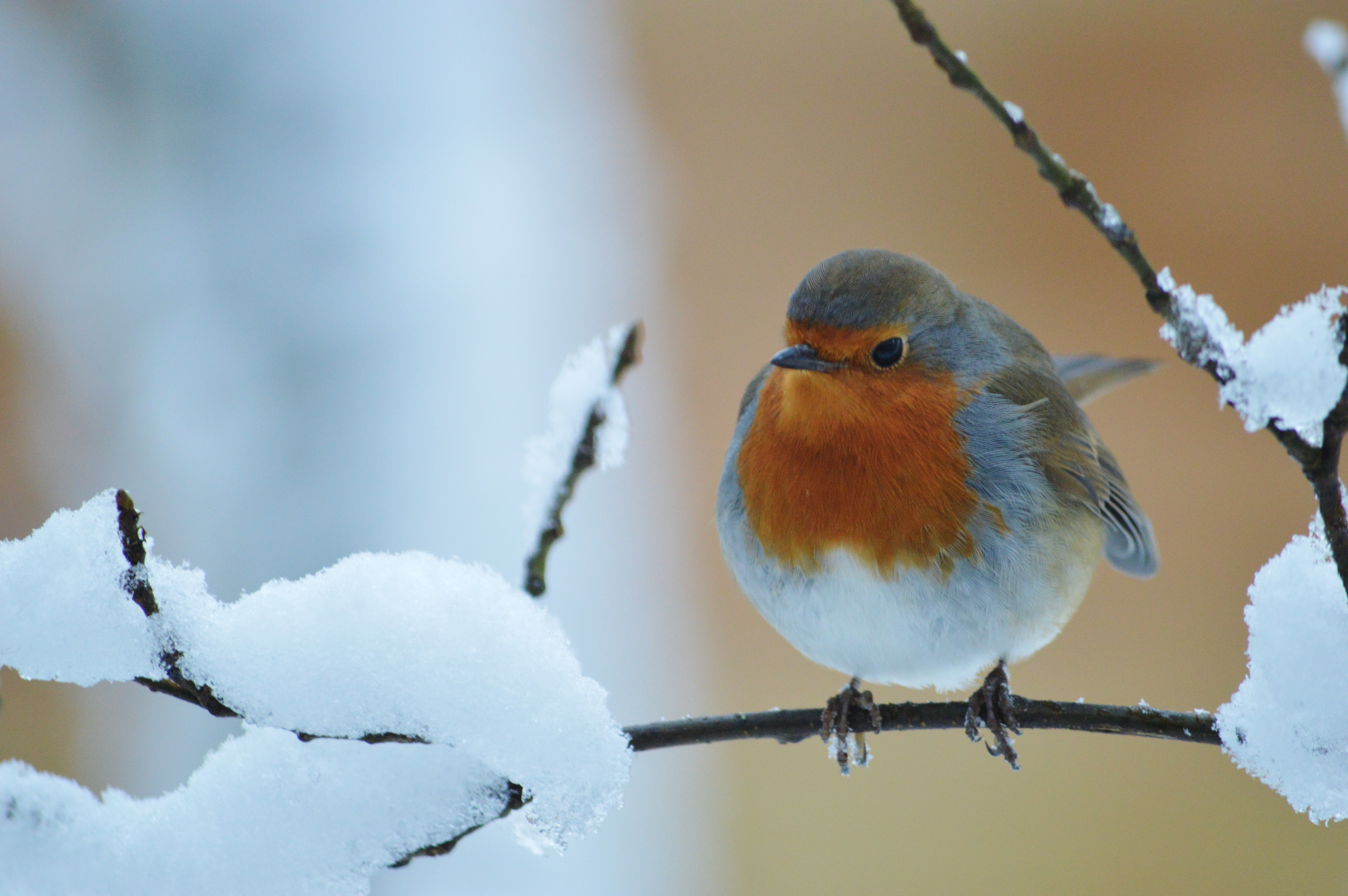 The iconic sight of a robin at Christmas time

Christmas is a great time for us human animals with our good cheer, carols, mulled wine, gifts and cheesy jumpers, but what of our non-human friends facing a cold harsh winter? Animals and plants have to tolerate, hibernate or migrate, the poor devils. So let’s take a moment to think of them and combine two things everyone loves: Christmas and random facts. Specifically, let’s think about those creatures associated with Christmas, their conservation status and random (hopefully interesting) facts.

Festive ecology: Most people are unaware of the parasitic nature of the ‘romantic’ mistletoe. The ecological interactions between parasite, host and its avian seed dispersers are fascinating, but why write about it when Sir David has done a much better job……we kiss under this?

Christmas association: This well-known tool of the cheeky primary school boy, flirty minx and office Christmas party drunk is an evergreen plant-parasite. There are many species worldwide parasitising many different trees, but our species is usually associated with oak trees and it is this association that is the first step to Christmas. The Celtic druids (way before Christmas was ever a thing) regarded anything growing on oak trees as sacred and, on the rare occasion mistletoe was found, it was celebrated. Usually, two bulls were sacrificed in the ceremony and all kinds of magical properties were attributed to the mistletoe, such as a cure for every poison and the most effective fertility treatment. The fertility link is the reason we kiss under the mistletoe; traditionally each man who kissed under the mistletoe would remove one berry and when all were gone so was the magical potency. Many Pagan traditions were assimilated into Christian traditions and, with oak trees losing their leaves in winter, mistletoe becomes easier to see and harvest, thus the link by associations with this time of year, Pagan traditions and Christian assimilation. 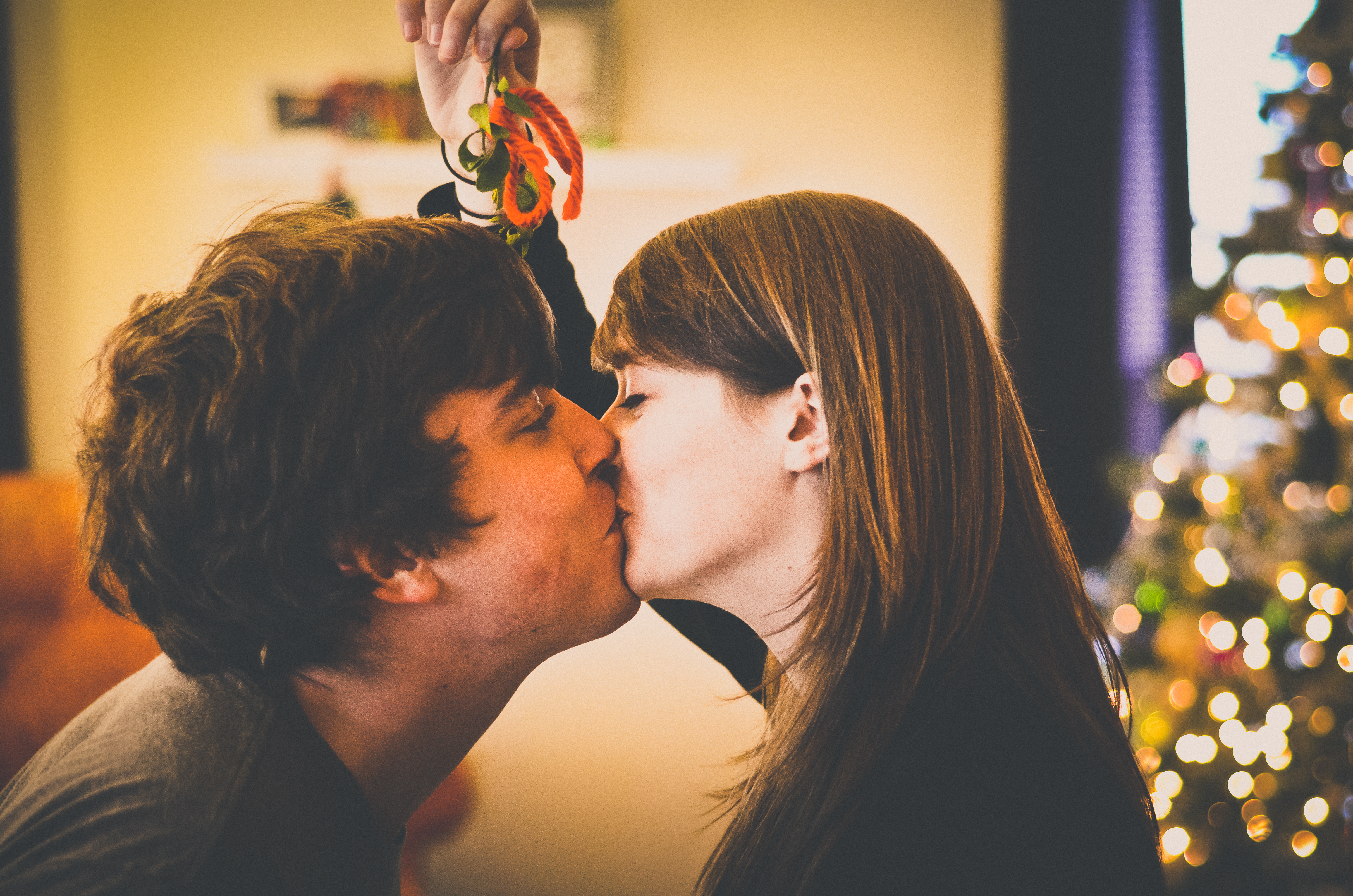 A kiss under the mistletoe

Conservation status: Near threatened (in decline due to over exploitation)

Has an obvious association with baby Jesus and therefore Christmas. Interestingly, some studies suggest that the smoke from frankincense is a psychoactive drug that may help with depression and anxiety. Maybe it’s not just the thought of eternal paradise that makes religious people so happy.

Festive ecology: Robins are fiercely territorial and will defend their territories to the death, with an estimated ten per cent of older robins dying defending their territory. A cruel experiment from the past even showed robins defending their territory against a breast sized red piece of paper, poor guys. However, other, usually younger, males may be tolerated (satellite males) if the going is good; that is if food is in high abundance. The satellite will help fend off other intruding males and will wait for the alpha to die and take over the territory.

Christmas association: This delightful little garden bird has been gracing our Christmas cards for as long as I can remember. The association with Christmas comes from the early 1800s, when letter carriers or postmen and women, as we now know them, wore predominantly scarlet tunics and were affectionately named ‘redbreasts’ after the bird. Postal workers are obviously busier over Christmas, even delivering on Christmas day in the past, and the bird soon started to appear on Christmas cards as a representation of the postmen and their ‘red breasts’.

Though nearly extinct in the 1930s due to over hunting, they have bounced back to a population of more than seven million throughout North America. Interestingly, turkeys have approximately 5,000 feathers and their fleshy wattles can change colour in seconds when a hot turkey hen walks passed. 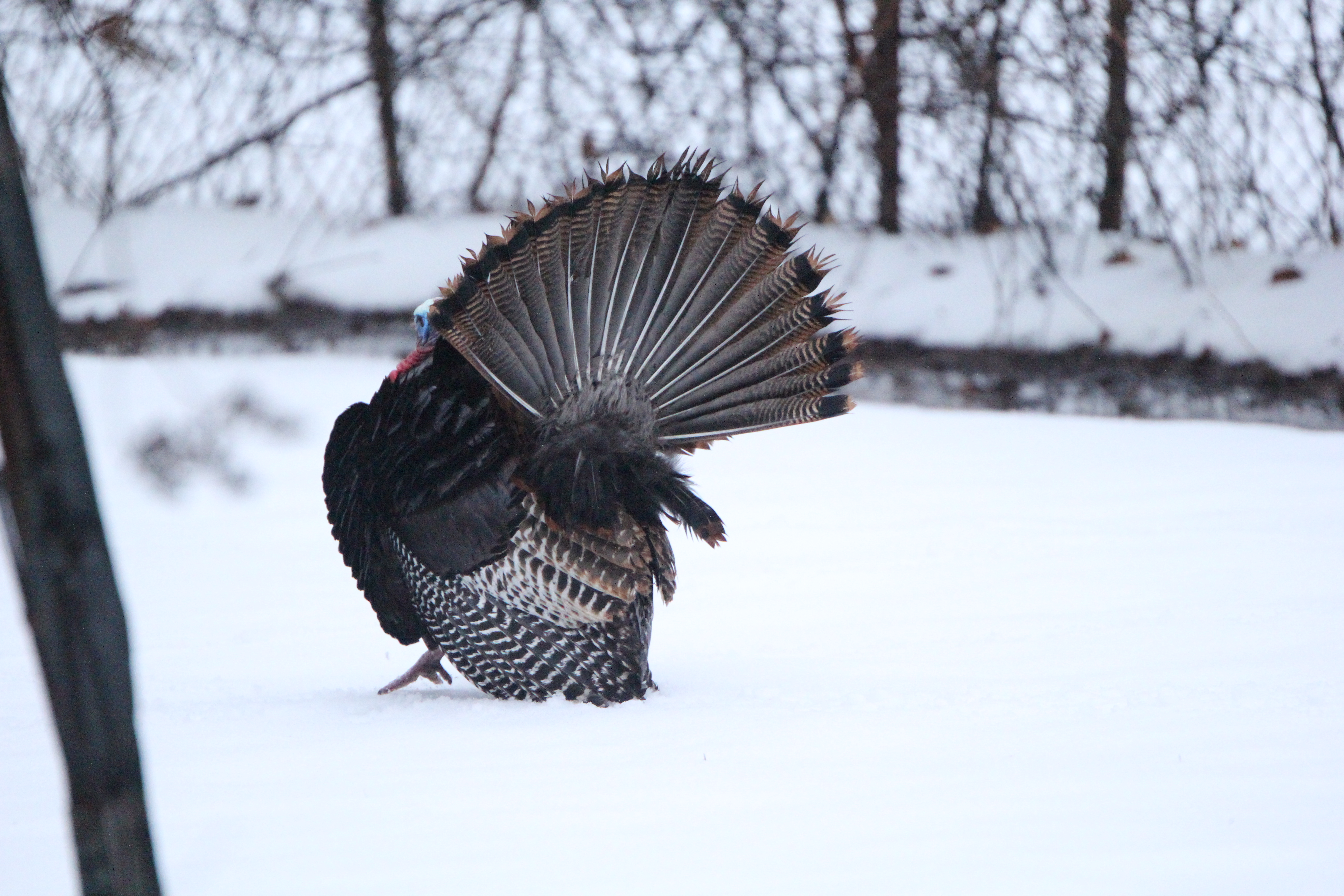 The impressive plumage of a wild turkey

Festive ecology: Although the species is not technically at threat from extinction thanks to its domesticated brothers and sisters, which are taxonomically the same species, the wild ass is facing extinction due to hunting for food, traditional medicine, and to reduce competition for domesticated grazers. There are now only a few hundred individuals left in the wild.

As in all equines (horses), foals display an array of play behaviours such as frolicking, chasing, and bucking. Perhaps the most interestingly play behaviour is the king-of-the-mountain game, in which each try to be named ‘king of the mountain’ by holding onto the highest ground or top of the pile. Play is usually the practice of useful skills they will use in adulthood.

Christmas association: Most of us know the classic nativity scene with baby Jesus, the three wise men, a cow and the donkey…..right? The first nativity scene is credited to Saint Francis of Assisi, which had living components. Its popularity spread throughout Christendom with the human and animal actors being replaced with statues. However, Pope Benedict XVI says there is no mention of animals (at the birth of Jesus) in the gospels and depending on your religious sensitivities, ironically, says that it is a fabrication, a myth if you will. At least he is consistent with his dislike of animals, saying previously they don’t get to go to heaven. Luckily for animals the new Pope Francis says that heaven is open to all of God’s creatures. 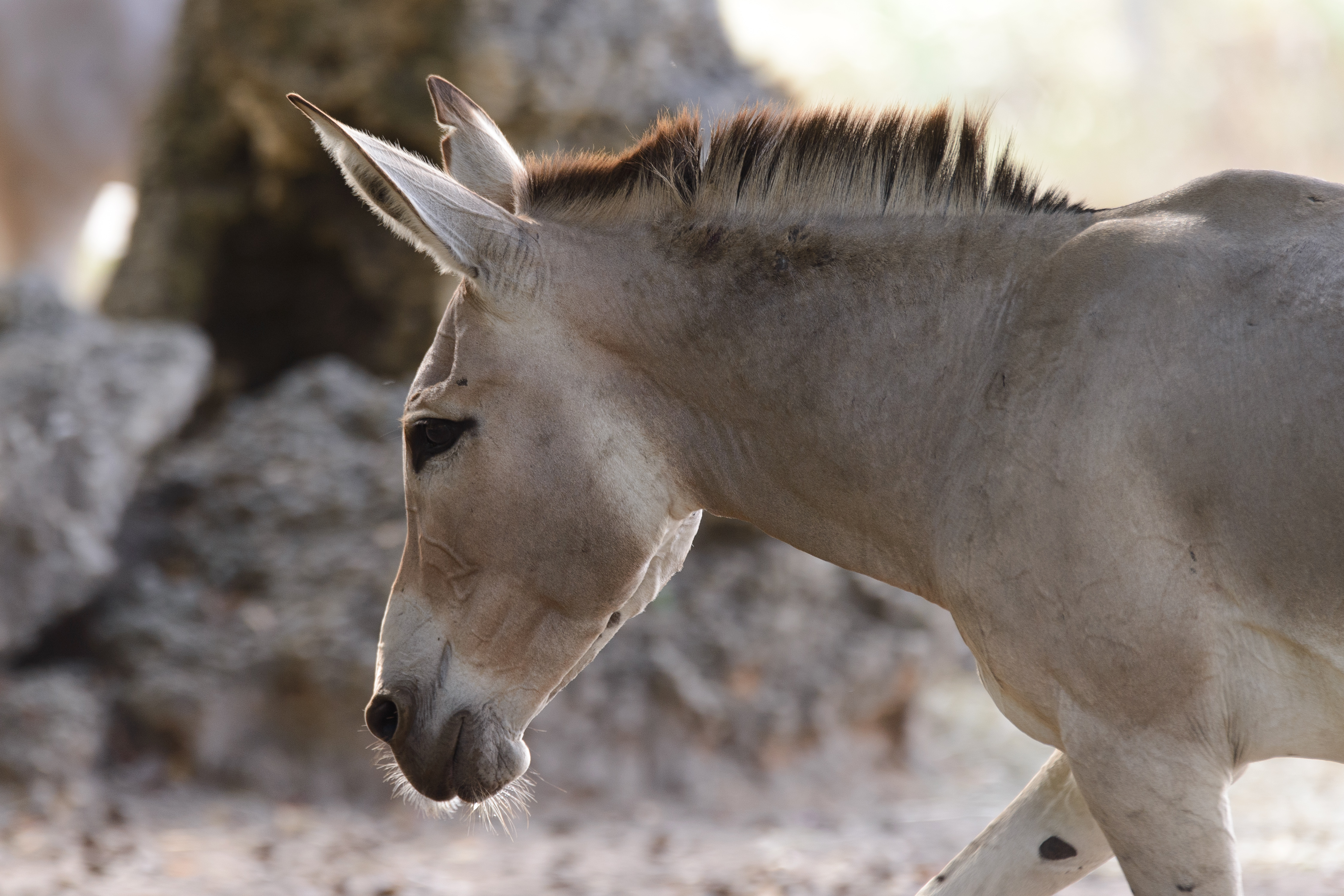 Like finger prints, no two antlers are the same. Antlers are a type of bone that can grow rapidly; the mechanisms behind this may help scientists gain a better understanding of how cancers grow or, in the future, how to grow new limbs (I always wanted some antlers).

Polar bears are surprisingly good swimmers and they’ll need to be with the further predicted ice melting. The record for a satellite tagged female (male’s necks are too thick for the tags) is 354 kilometres…..Wow!

Hopefully, this Christmas when you see the Coca-Cola polar bear on the TV, the robin outside your window, the roast turkey, the frankincense waving priest, or that family member who always acts like an ass, you will spare a thought for wildlife and perhaps this year our new year’s resolutions can be focused around environmental responsibility and species conservation. As well as losing that Christmas podge.