Environmental History: Learning from the Past

Tobias Thornes in Environment on 1 March, 2014. 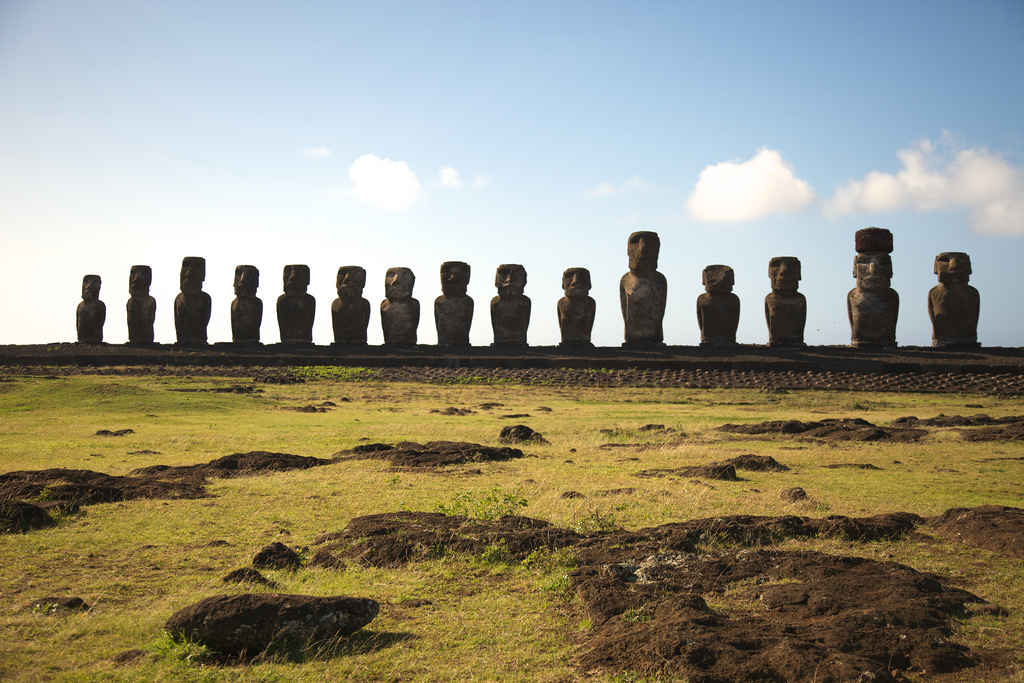 Fallen Civilisation: By destroying their environment, the Easter Islanders undermined their very existence

Mankind’s relationship to our environment has seen many changes over time and space. Whilst many eastern religions have traditionally seen the earth as sacred and recognised the need to protect their natural resources, the predominant European Christian attitude during the Middle Ages was strongly anthropocentric. The natural world, and all the flora and fauna therein, were seen as existing solely for the purpose of humankind, God’s ultimate creation to whom He had given dominion over rest of the planet.

It was this same attitude that was carried by explorers and colonialists from the fifteenth century onwards. When they came across different civilisations living, having adapted to their local conditions, in often almost pristine environments in a generally sustainable manner, they would see opportunity to exploit rather than inspiration to protect. Within thirty years of Christopher Columbus first arriving at the Bahamas in 1592, almost the entire population (originally some forty thousand strong) had disappeared from the islands, mostly exported as slaves to work on Spanish plantations elsewhere.

As the colonial powers spread their dominions over the next few centuries, this story was repeated. Where once there had been traditional societies living in relative harmony and contentedness alongside nature, both humans and natural ‘resources’ were exploited by Europeans in their greedy quest for wealth. People became slaves; lush expanses of forest or marshland became vast mono-crop profit-making plantations of the likes of coffee, sugar, rubber and, later, bananas, some of which were not native to the lands in which they were farmed but imported from elsewhere.

Animals were hunted to near-extinction, either for food, fur or fun. For example, the nineteenth century fir-trade saw hunters of otters and beaver gradually sweep across the United States, exhausting population after population of the animals. Rather than realising that over-hunting was destroying their own trade and leaving a residual population to reproduce, hunters would simply kill all the animals they could find in a given place, then move on to the next one.

With whales and many other species it was a similar situation. The assumption was that the world was infinite in its resources, which were put there especially for us to take. It simply did not occur to the early-nineteenth-century hunter that a species could be driven to extinction, or that it would matter beyond the loss to humans of meat or fur if it was. Perhaps the most incredible result of their way of thinking was the utter extinction through hunting, over just a few decades, of the Passenger Pigeon population of the United States. The birds had numbered some five billion – around two thirds of the current human population of the entire planet – before Europeans arrived on the continent.

As recently as the late nineteenth century they had been known to fly over the land in such gigantic flocks that the sky would be filled for several hours on end. A single shot into such a flock would reportedly kill five birds at once, so densely packed was their population. But by repeatedly hunting the species for meat, humans soon brought the population down to a level from which it could not naturally replenish itself. In 1914, the last of this species, once so populous, died.

The reason for the continual repetition of this trend of destruction was a lack of awareness, on the part of hunters and ‘consumers’ of their spoils, of environmental history. For all that it is important to recognise the achievements of human culture, and to trace the histories of nations through their political and social changes – the traditional task of the ‘historian’ – it is also vital that we understand the ways in which humans have always depended on and altered their environments throughout the ages. Only once we recognise that we have caused huge damage to ecosystems upon which we and other forms of life depend, and overstepped the limits of our resources to disastrous consequences in the past, are we able to build our societies in such a way as to avoid similar mistakes in the future.

This, after all, is what led many traditional societies to develop their respect for wildlife and the natural world in the first place: by experience, time and again humans have discovered the perils of not doing so. We have chopped down forests, over-irrigated dry lands and over-hunted animals and in doing so have depleted or salinized the soils we need to grow crops and disrupted the natural systems upon which we depend. Civilisations have fallen from triumph to ruin partially as a result of the declining agricultural production that results from this and leaves them unable to feed the large armies or maintain the prosperous populations that they formerly could. An oft-quoted example is that of the Easter Islanders, who constructed amazing monuments to their gods but in the process deforested their entire island. Most of the plants and animals they had formerly lived on died out, the construction of fishing boats became impossible and the human inhabitants of the island soon dwindled to a shadow of their former numbers and cultural achievements.

The process is akin to a form of natural selection on a societal scale: those ways of life that cannot be sustained by the resources they have access to die out, and are replaced by practices more adapted in the long-term to the conditions of the local environment. Climatic changes, can kill off entire human civilisations just as easily as entire species. Whether as a result of human depletion of the natural environment or changes out of our control, it was sudden bouts of drought and the associated famine that saw the cultural and population decline of many of the early civilisations of the Fertile Crescent, the birthplace of human civilisation; the Maya in South America, for all their fantastic cities and pyramids; and perhaps the Mycenaean Greeks, who mysteriously fell into a cultural Dark Age from 1200 BC.

This notion of forces beyond our control shaping the historical development of humanity is to some a frightening one. Many have criticised environmental history as a negative, ‘anti-human’ discipline, as if examining our changing relationship to our environment and recognising both its fragility and our fundamental dependence on it somehow unavoidably involves denying all the advantages of human civilisation and advocating a return to an idealised former way of life. But this exciting area of study, far from glorifying the primitive ways of the past, illustrates the ways in which former societies have fallen victim to their own environmental exploitation or to natural disaster as often as they have survived and flourished for centuries with more sustainable practices and better fortune. Our own materialistic civilisation has existed for but a few centuries, and given the current rates of ecosystem exhaustion is unlikely to survive unchanged for many more. The message of environmental history is that we need to learn to adapt both locally and globally to our environment and use its resources in a manner that is more sustainable in the long-term, or else risk losing our own civilisation under the very power of creative destruction – natural selection – that created us in the first place.