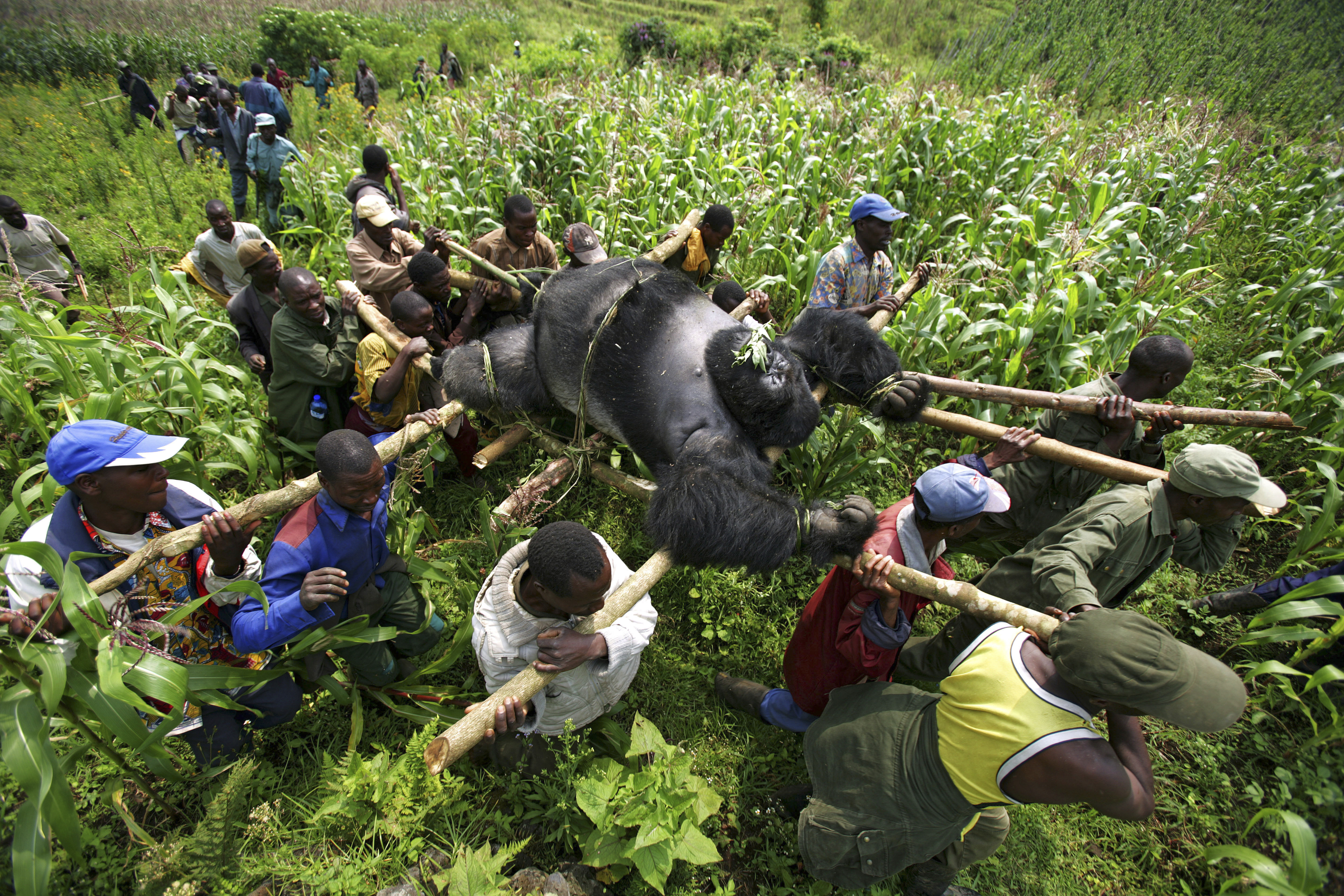 Gorilla are additional victims to the turmoil of DRC conflict

The impacts of war are terrible and far reaching. It is therefore surprising that there are still so many advocates of war, supporters of ‘boots on the ground’ or war mongers if you will. For example, former United States presidential candidate Mitt Romney last week said that he favours sending U.S. troops to Syria and back into Iraq. He is just one of many U.S. politicians (granted, mostly Republicans, though they did just win a majority in the house and senate) that would like to see U.S. involvement. The arguments for and against military involvement with Islamic extremism are complex and not the focus of this article, but are the environmental impacts of war ever considered? First, to be fair to any advocates and out of interest, let’s consider any potential silver linings to war in general.

There are two main benefits (observational facts, not personal advocacies) of war.

In the past disease was more deadly than any enemy, so to maintain a strong military, medical treatment was prioritised. Examples stretch from the French barber turned military surgeon Ambrosie Pare, who in 1537 re-invented the ligature (the clamping and tying of bleeding arteries), to modern day prosthetics developed for the casualties of IEDs (improvised explosive devices).The first ultrasound machines were developed in World War II to check for cracks in tank armour and many vaccination programs were funded by militaries, of which smallpox and yellow fever are examples.

Wars accelerate technological advancement to solve specific military needs. However, these technologies then subsequently evolve into other non-military technological tools and devices. The invention of the microwave was amazingly all because of a melted bar of chocolate in the pocket of a military scientist standing too close to a magnetron that powers radar. Others examples are mobile X-ray machines, hydrophones and drones (apparently Amazon are working on same day drone delivery).

A third benefit is (ironically for this article) ‘collateral conservation’. Though the impacts of war are generally negative for biodiversity, as we shall see,in some instances conflicts can prevent the exploitation with impunity that can, and does, go on during peace.

However, when you use the word benefit there is usually a ‘to cost ratio’ associated with it. Medical advancement during war is necessitated by the large number of sick, injured or dying people and technological advances are usually used to cause the enemy to have more sick, injured or dying people than your side. There is also the argument that these are ‘benefits’ of past major conflicts and now we can get technological and medical advancement from other challenges such as space exploration. For example, GPS and MRIs and who knows what from landing on a comet.

Do those involved in war have any responsibility to the environment? Apparently yes, Principle 24 of the UN’s 1992 Rio Declaration on Environment and Development declares that states involved in armed conflict should cooperate in “…protection for the environment…” and “…its further development”. So let’s only consider the environmental impacts of wars after 1992 with some examples.

The War on Terror 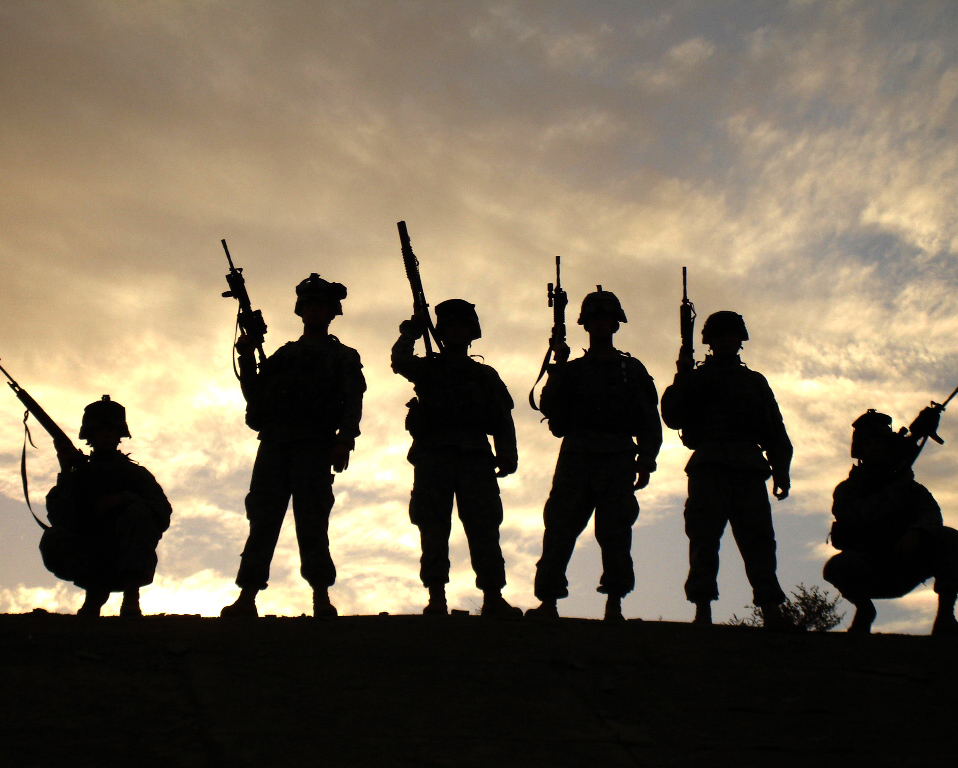 The war on terror has had political, social and economic impacts in the theatres it has waged, namely Iraq and Afghanistan, but also environmental impacts that may stretch beyond the borders of those countries. Firstly the greenhouse gas emissions that will increase the risk of dangerous climate change. In one month in 2008, 1.2 million barrels of oil were used just in Iraq. This is mainly in fuel and astonishingly one military estimate from 2003 said that two-thirds of the Army’s fuel consumption was used in delivering fuel to the battlefield.

Secondly, the wildlife destruction and exploitation. Bombing in Afghanistan has caused the number of migratory birds, whose route is over Afghanistan, to drop by 85%. The war’s impoverished have taken to the illegal hunting and selling of the endangered snow leopard’s skin, with, amazingly, soldiers and aid workers among their customers. The long conflicts have damaged many habitats, with pollution, deforestation etc., which in turn contributes to further conflicts as resources run low. There is now also the realisation that there may be long term environmental impacts from the depleted uranium contained in many missiles and ammunition. Depleted uranium is now identified as a neurotoxin and the increase in birth defects and cancers in Iraq are being attributed to it and the long conflict. 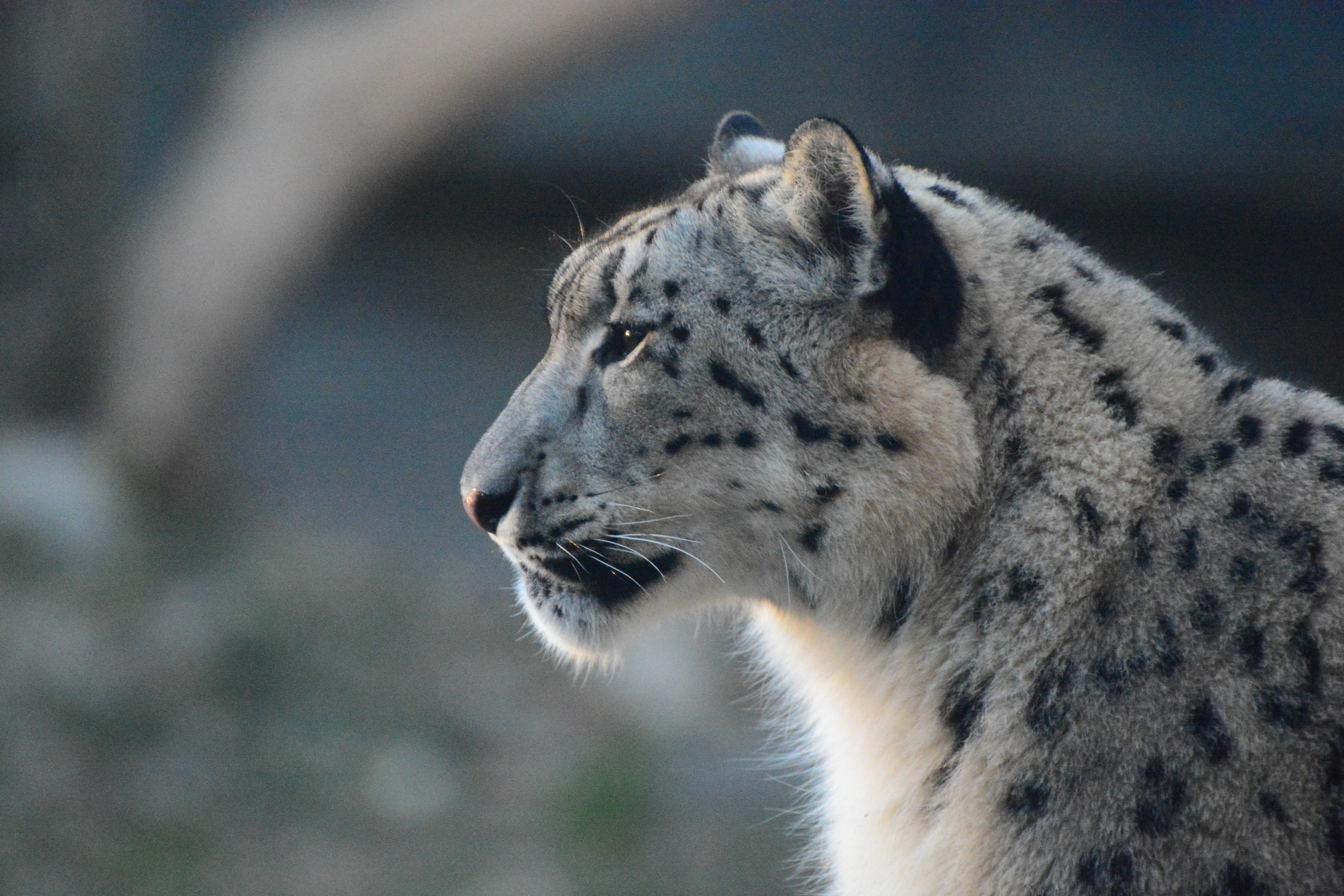 In July 2006 Hezbollah initiated a rocket attack on Israel and a ground patrol captured and killed Israeli soldiers, which resulted in open conflict between Israel and Lebanon. Israel bombed a power station south of the Lebanese capital Beirut which caused an estimated 20,000 tons of oil to spill into the Mediterranean Sea. The oil spread over 90 km, killing fish and damaging habitat for numerous species including the endangered green sea turtle. On the other side, bombings by Hezbollah caused forest fires in Northern Israel destroying 9,000 acres of forest habitat important for many birds. 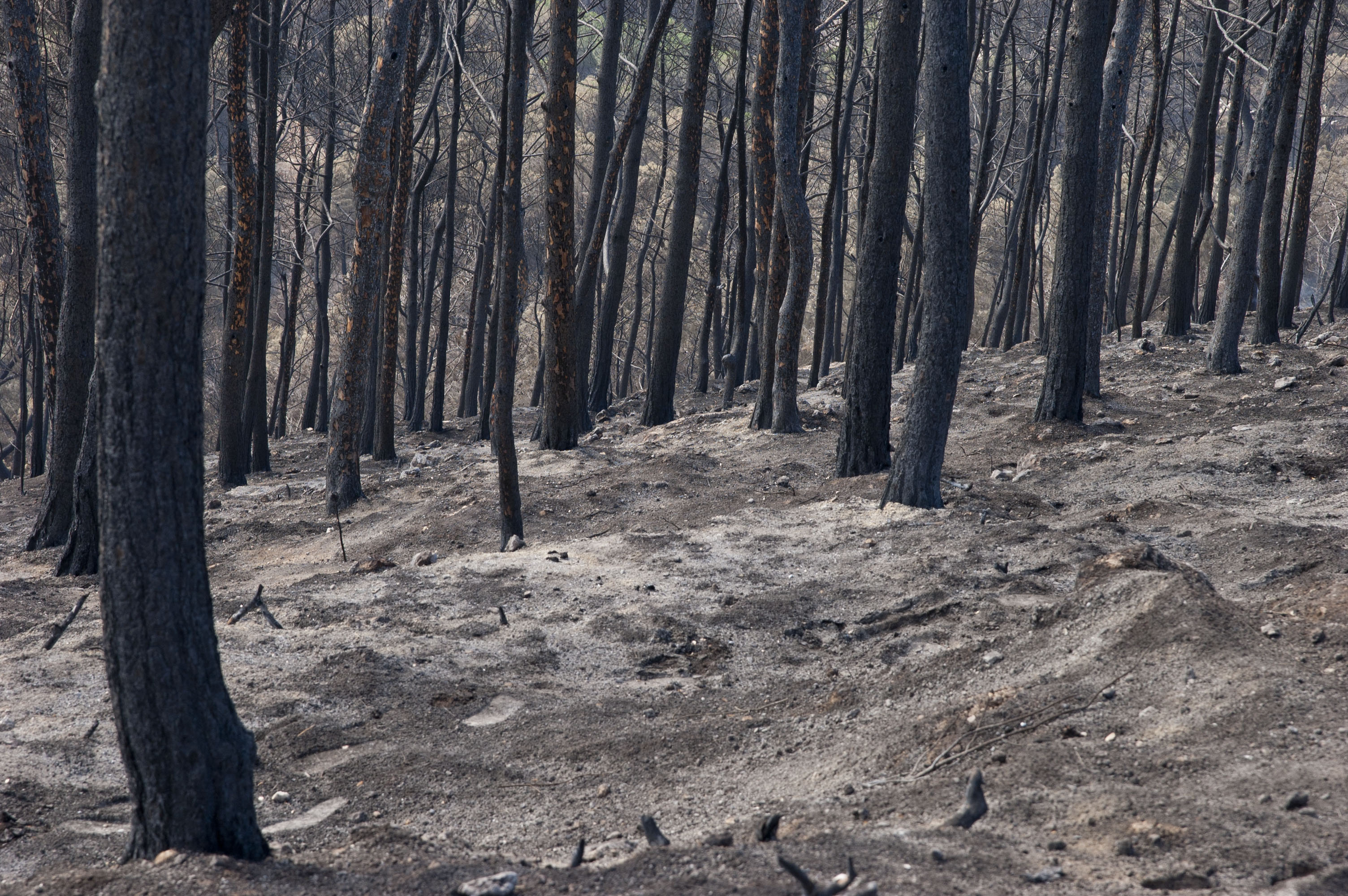 African civil wars and other conflicts

Although much progress is being made in Africa, some areas have been plagued with instability, small international conflicts and civil wars. The civil war in the Democratic Republic of Congo (DRC), that began in 1998 (despite a peace deal in 2003), still continues in the form of marauding militias. Millions have died as a result of the conflict and it is estimated that more than 2 million people have become refugees. Refugees hunt wildlife for bush meat, either to eat or sell, causing declines in biodiversity. Ivory poaching has caused elephant populations to decline and one study by WWF (World Wildlife Foundation) suggests, in the last 30 years, hippopotamus numbers in one national park have gone from 29,000 to 900.

The war between Ethiopia and Eritrea in 1997 was a tragedy over minor border disputes. Ethiopia made significant changes in habitat in order to disrupt agricultural production in Eritrea and most of the government funds were spent on weapons and other instruments of war, resulting in famine stoked by drought.

The International Red Cross, trying to improve nutrition in Somalia, provided training and fishing equipment to the country. The Somali Civil War has caused fishing protocols to be ignored and with the lack of enforcement and armed fishermen, fishing soon became unsustainable, resulting in over fishing and serious damage to the ecology of the region. 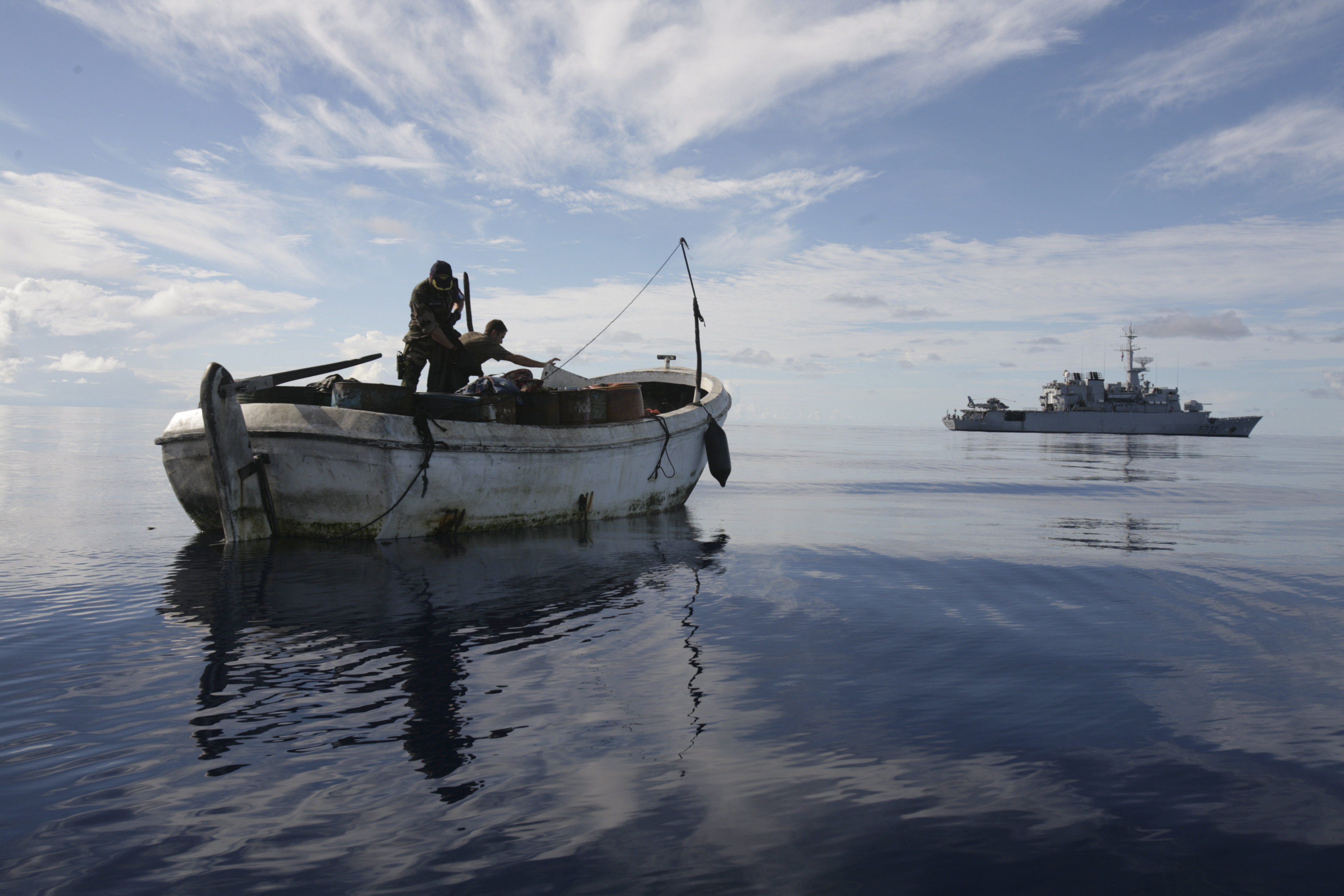 Somali fisherman near an international patrol boat looking for pirates

The impacts of war on the environment should be a major consideration when deliberating armed conflict. The environmental impacts have the potential to exacerbate further conflict, irreversibly damage the environment and leave long lasting health problems long after the peace treaties have been signed.

I’ll leave you with these words and a catchy tune

“Life is much too short and precious,

To spend fighting wars these days,

It can only take it away

What is it good for