Environment Week 2014: A Society Worth the 7 Year Wait

Thom Addinall-Biddulph in Environment on 23 November, 2014. 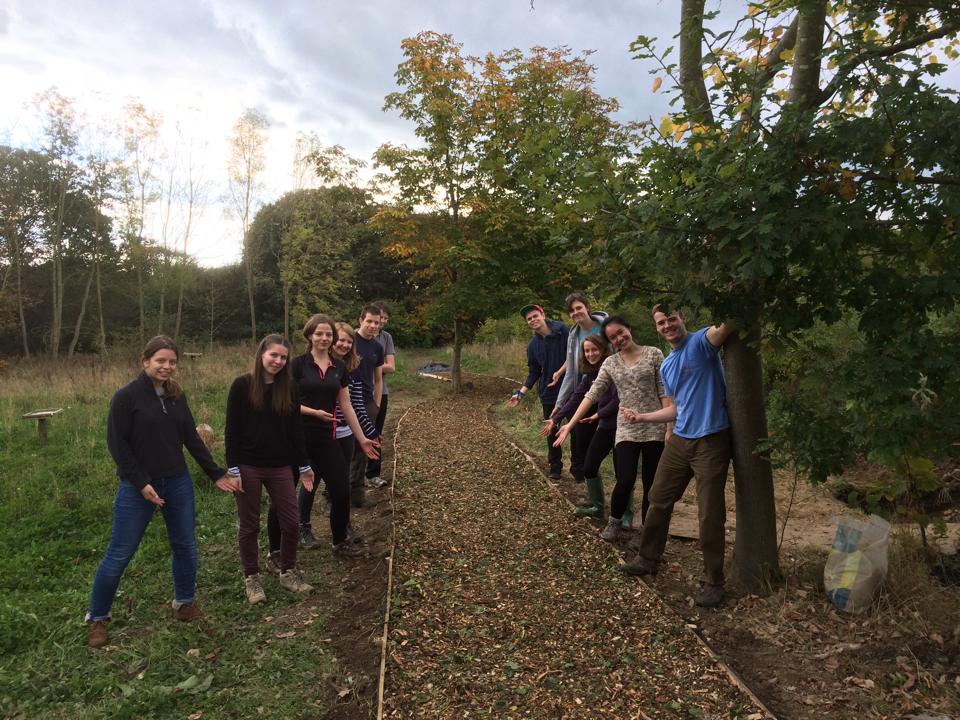 Owing to a severe distaste for what is often, somewhat questionably in terms of philosophical and scientific accuracy, described as ‘the real world’, I am currently two months into my ninth year at Durham University- three years of BA, one MA year, and four and a bit of a PhD. In that time I have been involved in a number of activities in Durham: Poetry Society, the Lib Dems (that one unaccountably dropped out of my society memberships around 2011), English Society, the LGBTa, Palatinate, convening lecture series, and, of course, The Bubble. But now, the end is near; I will soon face the final curtain.

Which is to say, one way or another, beyond the end of my thesis, which is approaching at a speed and in a manner similar to a car driver you just swore at who has now stopped and exited their vehicle to discuss the issue further, there is nothing. In one way rather too literally, as I still have no idea, after more than eight years of dossing about as a student, what to do with my life. At any rate, eventually I may have to face the harsh truth that, like Matthew McConaughey in Interstellar, I’m going to have to go down a wormhole and explore other parts of the universe. (In this particular context, however, the path will be much more confusing and poorly understood than the physics of wormholes, as it will probably be the East Coast Main Line.)

All of which is to finally say, I’ve done a lot of Stuff at Durham; but there’s still more to do in the time I have left here. 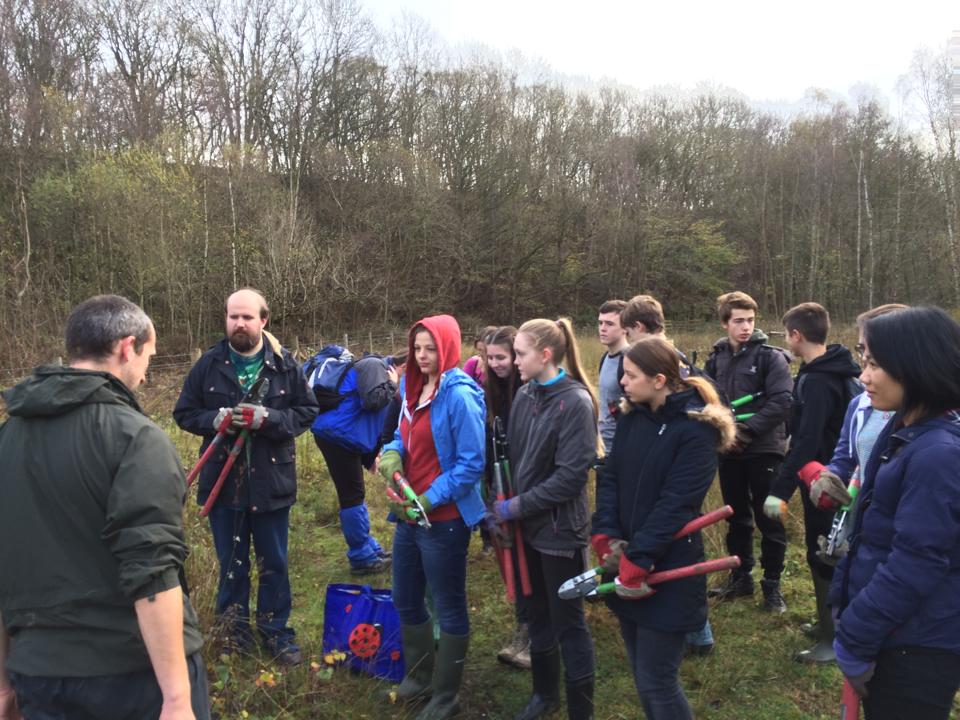 Members listen intently for the details of the brash clearance (or was it for the next crayfish related joke?), photo courtesy of Conservation Society

And, amongst everything I’ve never even tried, there’s one society that I went to twice all the way back in October 2007, as a slightly less cynical second year undergrad, then unsubscribed from and forgot about. Years afterwards, in summer 2013, walking around the Bent House Farm fields by Maiden Castle, I was struck with the realisation I missed my childhood involvement in green groups, back then mostly on Hampstead Heath in London. With typical student efficiency, a year and a bit later, with the benefit of now actually knowing someone in the society, I rejoined Conservation Society. And this is why you should too.

I’m a postgraduate English student with a fondness for television. My only usual exercise is achieved by the fact I live in Gilesgate and have to climb Gilesgate Bank several times a week as a result. ConSoc, however, provides a great workout without having to fork over exorbitant sums for gym membership and deal with what can only honestly be termed ‘gym wankers’. Walking aside, if you don’t feel exercised after sawing extremely stubborn logs for half an hour, porting multiple wheelbarrows full of a mysterious black material known as ‘planings’, or carrying a large bag of canes through a bog that seems to have primarily been designed as a practical joke on large bipedal organisms, you’re obviously on drugs.

There’s a reason this magazine has the title it does: it’s very easy for Durham students to reach the end of a term and realise they haven’t left the (fairly small) town since the previous holidays. It’s even easier for students to miss the stunning natural beauty and landscape of County Durham, and for that matter Durham itself. I’ve now been on six ConSoc tasks, three in Durham and three out of it. The three in the town are Flass Vale, a beautiful bit of woodland just beyond the Viaduct; Pelaw Woods, the dramatic hillside wood between Hild Bede and the Maiden Castle playing fields (with stunning views over the town); and Old Durham Gardens, the 350-year-old gardens just behind Maiden Castle. The three out of the town are all Durham Wildlife Trust reserves: Stanley Moss, the aforementioned bog, high in the Durham Dales; Low Barns, out past Bishop Auckland, a fantastic wetland site; and Rainton Meadows, between Durham and Sunderland, DWT’s HQ, where we chopped down encroaching trees by a mist-draped lake straight out of Tolkien. I knew Pelaw Woods and Old Durham, but not the others- and nowhere near enough students visit Pelaw, Old Durham, and Flass Vale, all of which are 10–15 minutes’ walk from the town centre. Plus, if- whether through long class hours or, if you’re me, terminally broken sleeping patterns that cause you to live on Hawaiian time- you don’t often spend much time out in the glorious outdoors, this is a great way to rectify it.

I realise the description of the death logs and treacherous bogs (rhyme not intended)- not to mention the pungent mud at Rainton Meadows- may not be selling the experience. But I wouldn’t keep going if it weren’t enjoyable. It’s undeniably satisfying to see a big branch come down, or defeat a thicket of particularly misanthropic brambles. Mankind has something of an innate tendency to want to make its mark on the landscape- at least this way you’re doing it in an environmentally conscious, positive way! There’s definitely nothing like walking down a path you made yourself and thinking ‘this is a good path’. Well, possibly your wedding day or something, but are you going to have built the church/event hall/rollercoaster/wherever it is people get married these days yourself? (Let’s not forget meeting new people, either- ConSoc is a friendly bunch, and you get a) hot chocolate and b) a good line in a certain variety of pun-based jokes. I’m not sure why this is a parenthesis, this is a pretty major selling point.)

This goes without saying really. A lot of student groups are just about fun, and there’s nothing at all wrong with that, but ConSoc is both fun and productive. And you know what that means? That means I can legitimately get away with saying that just because I haven’t done any academic work today doesn’t mean I didn’t do anything useful. Whether my examiners will accept this argument is a question for future Thom. 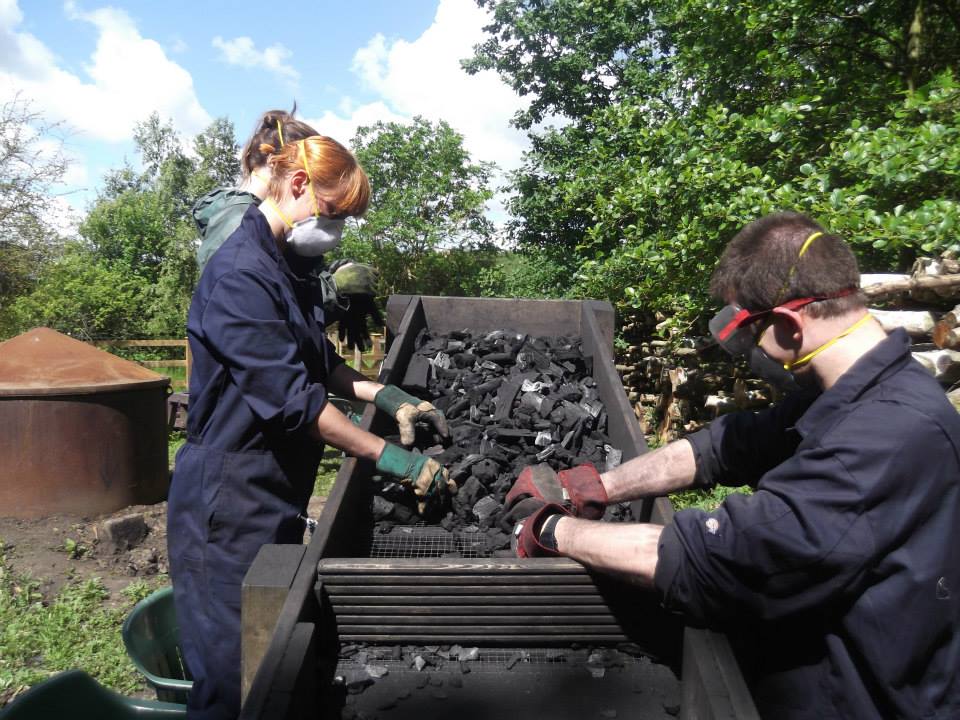 Grading charcoal at the 2014 residential, courtesy of Conservation Society.