Joanna Robertson in Environment on 31 January, 2015. 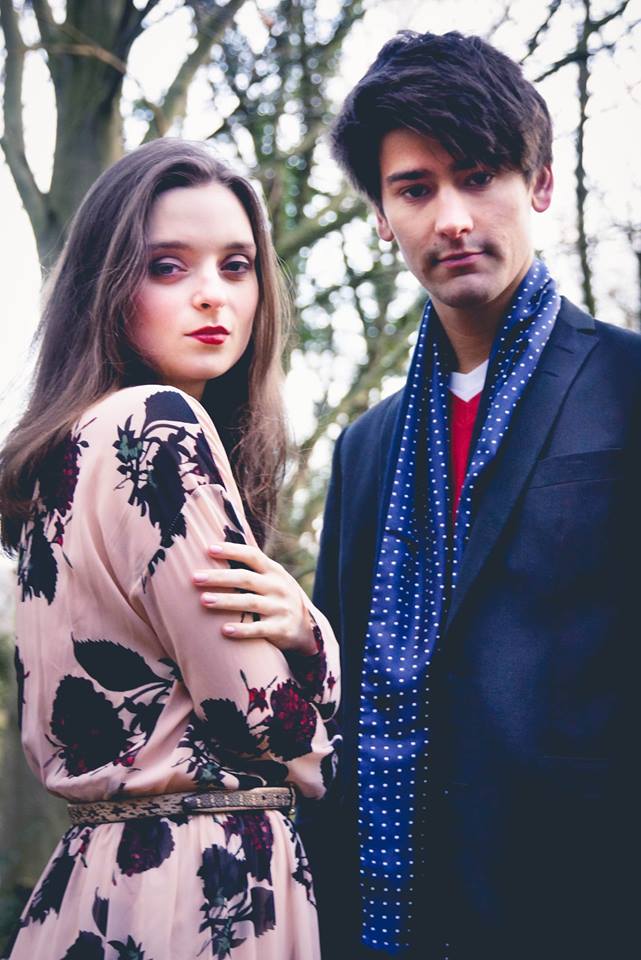 On Wednesday 4th February, Trevelyan College will be holding its first ever Eco Charity Fashion Show. I spoke to Maria Fairbank-Azcarate, Trevs’ Green rep and co-ordinator of the fashion show, about where her inspiration came from.

“I’ve always been interested in fashion. And when I became environment officer, it didn’t really have much publicity or much of a role in college, and I wanted to make it a really big thing. So I wanted to combine the two, bringing something that Trevs never had, a fashion show, and the environment.” Indeed, the environmental theme is what separates this fashion show from those in other colleges, and Maria is intentional about this difference: “I just wanted the environment to be the focus.”

The show falls within Waste Awareness Fortnight, which runs from 2nd – 15th February across the university. This fortnight has two main aims: to encourage students to cut down on waste, as well as to recycle the waste that we do create. Maria’s keen to incorporate these values into the fashion show: “The idea behind the fashion show is to tell people that you don’t have to buy clothes from high street chains, you can buy clothes from charity shops and give them a new lease of life.”

Maria plans to use clothes from charity and vintage shops throughout the fashion show, or clothes donated by students: “it’s the idea that you don’t have to throw something away, it can be used for something else.” This is where the idea of upcycling comes from: to repair, customise or repurpose something that can be used again in a new way.

As well as the environmental element to the fashion show, it also aims to support charities within the local area. A donation from the show will be given to FoodCycle, a national charity with a team that works in Durham creating hot three course meals from surplus food, for guests who often come from vulnerable backgrounds. The aim of the project is both to reduce food waste and food poverty. This also fits in with Waste Awareness fortnight: FoodCycle estimates that around 20 million tonnes of food is wasted each year across the UK, with 400,000 of this being thrown away at retail level. This means that edible food which cannot be sold is simply thrown away: FoodCycle aim to address this issue by sourcing surplus food from local supermarkets, cafes, markets and grocers with which to create healthy vegetarian meals.

To really drive home the point about the value in food that would otherwise be wasted, FoodCycle will be providing catering for the fashion show in the form of sweet and savoury finger food, made mainly from surplus ingredients.

This isn’t the only part of the show that illustrates what can be done with products that would otherwise be wasted: in one of the walks, models will be wearing clothing made from recycled materials. Kerry, from the Scope Charity Shop in Durham, designs dresses out of plastic bags and four of her dresses have been commissioned for the fashion show. Other clothes have been sourced from charity shops, and Maria definitely sees charity as part of a holistic approach to the environment: “the charity element is very important… it’s a very important thing that needs to be in people’s mind but obviously it’s not always at the forefront.”

However, Maria hopes that the eco charity fashion show and other events like it will leave a legacy that can be continued, keeping environmental matters within people’s attention: “It’s something different to get people thinking… I’d love to see it continue in future years.” She hopes that this provides an accessible way for students to make small steps to change to greener habits: “Small actions can make a big difference… we’ve got to start somewhere.”

The show certainly is “something different”. The night itself is a black tie event, with sparkling wine, music from Trevs bands, a dance by the models and opportunity to donate to the charities with jars on the tables and a prize for the table that donates the most. The night will be a social occasion, with the college bar providing special eco-themed cocktails and mocktails and an after party at Jimmy Allen’s.

The show itself will consist of different walks showcasing the charity shop clothes, with an environmental twist: “The girls that have put together the show have worked hard on the concepts and ideas…. the first and final walks are going to be environment based.” Thus one walk will reflect “the elements”: fire, earth, wind and water.

The final walk is more dramatic: “My idea behind it was to have jungle, desert, oceans, Antarctic – and then for it all to be destroyed.” Maria wants this to be a show with a message, to raise awareness about the environment as well as funds for charities: “We want people to have a good time in college, for people to enjoy the event, but at the same time I wanted to portray a permanent message that the fashion show is to support the environment.”

This show kickstarts the college’s waste awareness campaign, and there are certainly lots of ways for students to get involved: Maria suggests checking out the Greenspace page for information about waste awareness fortnight and a calendar of everything that’s going on. There will also be more events going on in colleges so do have a look and see what your college is doing.

Fashion show season has already started, and this one is certainly a little bit different: Maria describes it as “wholesome”, saying “It’s good for the environment and it’s good for people”.