At 6pm yesterday, the 24th of January, People and Planet staged a ‘die-in’ in protest against a talk held by the Durham Energy Institute. The talk was titled ‘The role of Gas and Oil Tomorrow’, and was given by Olaf Martins, the Global Engagement Manager for the International Association of Oil and Gas producers (IOGP).

Members of this company are responsible for producing 40% of the world’s gas and oil, meaning that they play a huge role in the use of fossil fuels. On the other hand, People and Planet is the largest student organised network in Britain that campaigns for the protection of the environment as well as human rights. They have been successful in the past, managing to get 1 in 3 UK universities to divest from the fossil fuel industry. Durham University however still has £1.5 million invested in fossil fuel companies, meaning there is still a long way to go. 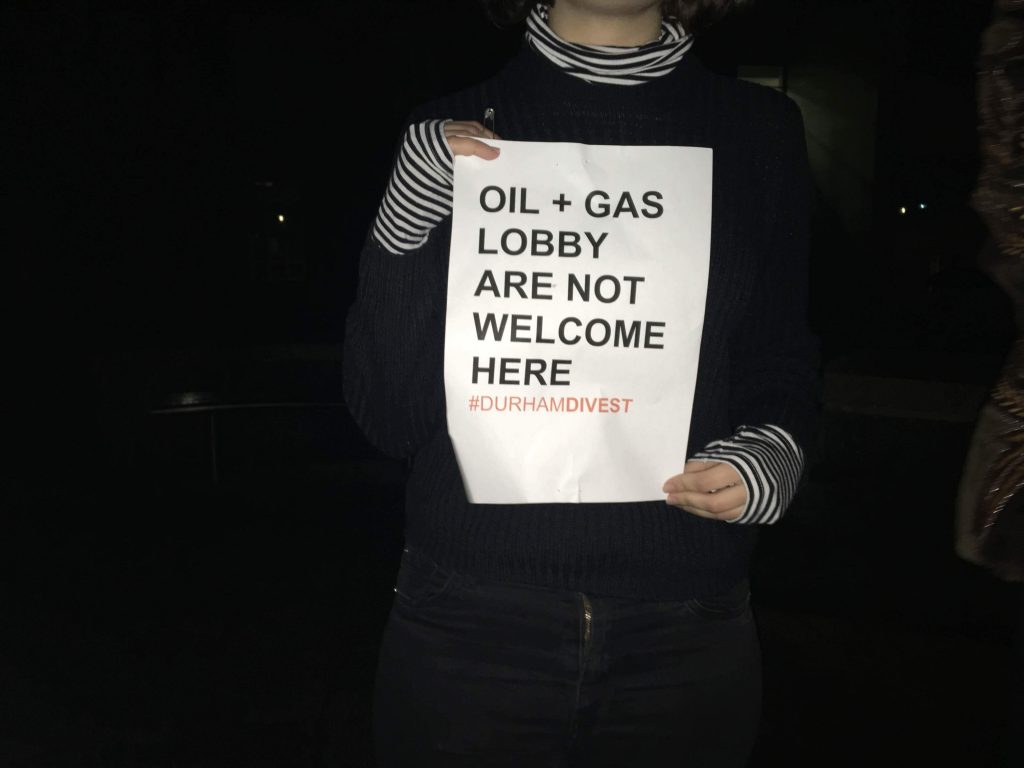 The ‘Die-in’ was therefore a protest against the University’s continued use and support of such fossil fuel companies. The campaigners took to the floor by blocking the entrance to the lecture theatre where the talk was held, preventing attendees from entering.

People and Planet have been successfully campaigning for Durham University to divest from the fossil fuel industry since 2014. A spokesperson from P&P said ‘For the University to host a talk that perpetuates the harmful assumption that gas and oil have a role to play in the future of energy production is irresponsible. It undermines the actions that this educational institution has taken to distance themselves from the fossil fuel industry.’

This campaign is one of many which have been organised nationally, calling for all higher institutions to go fossil fuel free.