Durham students eat insects to save the world

Victoria Stubbs in Environment on 11 October, 2014. 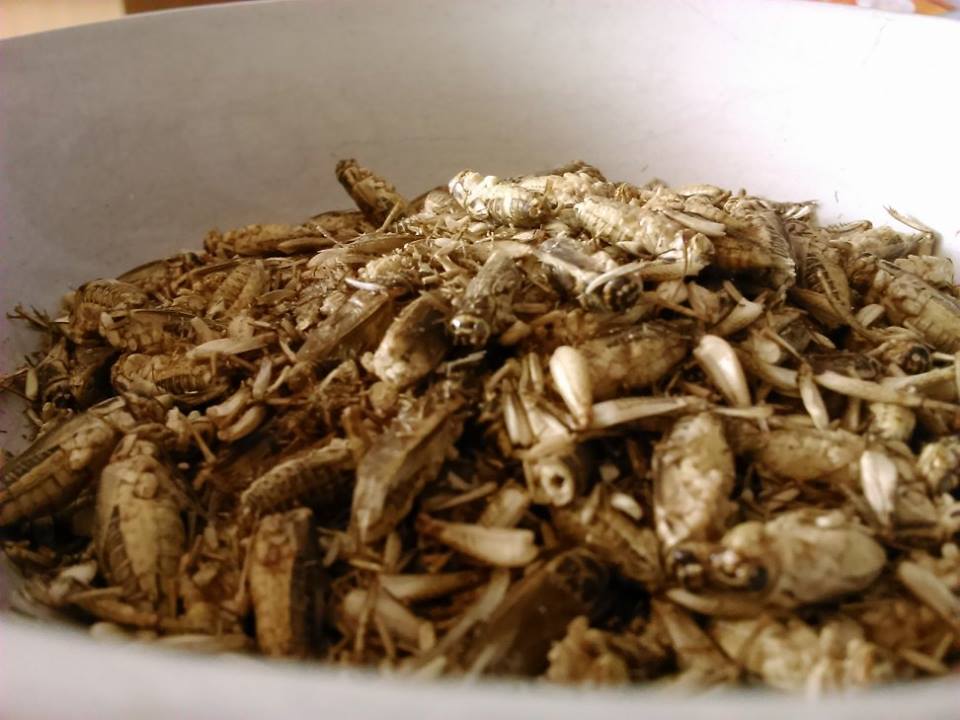 So the world seems to be in heavy pursuit of new means by which mankind can stabilise the unsettling climate and thus the ever uncertain future. The news is full of report after report of negative stories informing us of the rising waters and temperatures. Every time they check it would appear the future grows ever gloomier. As members of the public, we are becoming more and more aware of our own important role in this change – we could have the responsibility of transforming the connotations of the ‘change’ in the context of the climate to positive. Small personal actions like walking instead of driving, switching off lights, and recycling are becoming part of our daily lives. But are we ready to take that commitment to the next level in the UK? Do you think the Western world is ready to make another change to our habits if it meant that we could protect our future generations and the natural environment?

Well, for those of you out there who are radical thinkers and passionate about our planet, we may have just the thing for you. Durham is proud to present two such individuals, who are promoting a lifestyle in the UK that could have the potential to change the face of environmental conservation and benefit the economy. How?, I hear you ask! Well, Finlay Milner and Sam Shuttleworth, who are both second year engineers at Durham, are advising us to incorporate insects into our diet. Your initial response to this may be repulsion, but they are arguing that the UK would have an incredibly positive impact on the environment if it began to invest in edible insect farming.

It has been estimated that by 2050 there will be 9 billion people in the world and, with already 1 billion of those chronically hungry today, the world needs to begin to prepare for the exponentially increasing need for food. On top of this we are running out of land and fish in the sea whilst inefficiently wasting food. We need an alternative and some scientists are going so far as to say that farming edible insects could one day be our only option. This insect-supplemented diet is known as ‘entomophagy’ and it has been part of human diets since the dawn of man, but a stigma remains for this in societies such as our own. Researchers from many different disciplines are now pursuing mass-rearing techniques that bring together the traditional and the modern. The Food and Agriculture Organization of the United Nations wrote a report entitled “Edible Insects: Future Prospects for Food and Food security”, within which it also emphasises the importance of insects for mankind in terms of its role in ecosystems, such as improving soil fertility through waste bioconversion and in natural biocontrol for harmful pest species. We also use them for production of valuable products including honey and silk. The environmental benefits of utilising insects as feed and food mainly rest upon the fact that their rearing involves a very high feed conversion efficiency of insects due to the fact that they are cold-blooded. They are also reported to emit fewer harmful gases, such as ammonia. For example, mealworms produce up to a hundred times fewer greenhouse gases per kg than pigs. Whilst requiring considerably less land and water, insect rearing does not require a high level of technology and therefore does not require high capital costs. This therefore means that the ability to rear insects is open to all, and within urban or rural areas – this will have massive social and economic impacts. In addition to this, the health benefits procured from entomophagy are significant, as insects are a highly nutritious food source with high fat, protein, vitamin, fibre, and mineral content, a prospect that must seem very appealing to an ever increasingly diet conscious public. 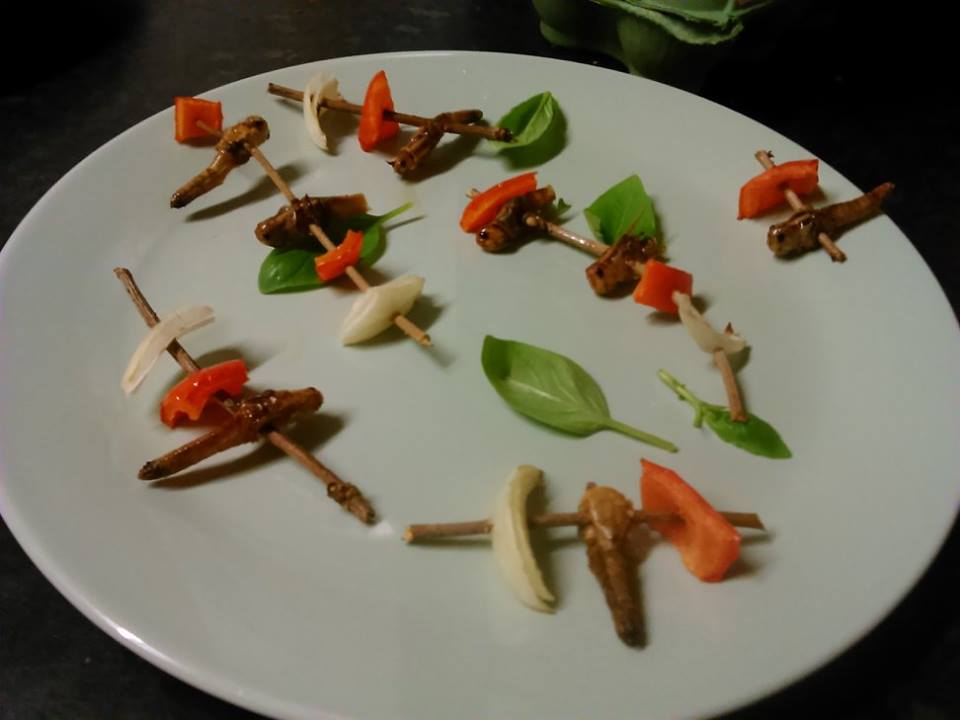 Here in Durham, Finlay and Sam are engaging with this exciting new concept and have taken part in the Student Grub project, promoting the eating of insects for environmental and economic benefits. Their aim is to reduce the large environmental impact of the copious amount of meat consumed in the UK, and shake the UK out of its ‘inherent prejudice towards eating insects as part of their daily diet’. As engineers, Finlay and Sam are very interested in the development of new technology that aims to have a positive impact on the environment. They came across the Npower Future Leaders competition in an email from their head of department and are now hoping that their project will impress the judges in the finals in December.

The information supporting the uptake of edible insects is staggering and this just leaves it up to us to be bold enough to overcome the fear equated with insects, and the idea that they are fairly unpleasant to eat. Finlay says that ‘people may be hesitant to start with but often once people try it, they are surprised how much they like it…once you get over it, it just becomes like any other food. It’s hard to describe the taste but crickets are like a nutty shrimp with a wafer like texture, versus mealworms’ taste, which is quite mild and often takes the taste of what you cook them in.’ It is possible to incorporate insects into sweet and savoury dishes; some of the boys’ favourites are mealworm banana cake, chocolate covered crickets, and marinated grasshopper kebabs, the recipes for which can be found below. 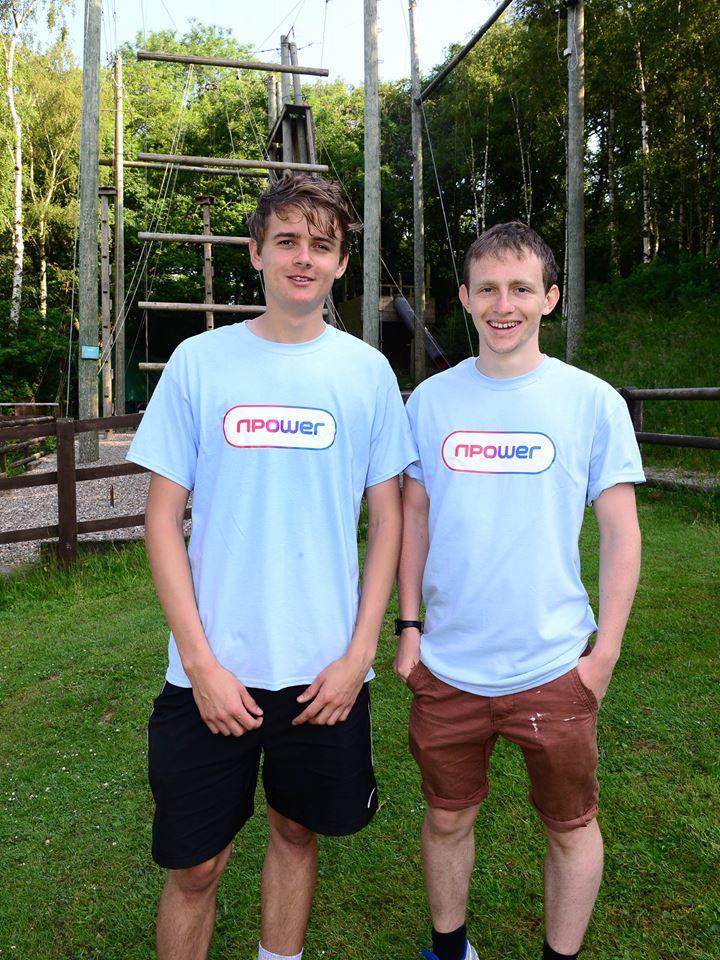 Sam Shuttleworth and Finlay Milner, who have entered the Npower Future Leaders Competition with Student Grub

The project has allowed them to visit local schools such as Joseph Swan School, where they have given a presentation and allowed the children to taste some of their dishes – at which there was great excitement! They have an event at the Npower Durham office on Tuesday and are going to have a table in Durham town centre this coming Sunday, so if you see them make sure you don’t miss out on the opportunity to support what they are doing and of course experience their delicacies for yourself.

Their biggest hope for the project is that it will change people’s perspective on what they are comfortable eating, and to make a real difference to the environment. If the movement really takes off, who knows, maybe Durham students in the future will have the pleasure of eating grasshopper kebabs in college!

Go to the next page to look at some tasty recipes you can try!

The ultimate feel-good food – the worms add a deeper flavour and added protein to the old-time favourite.

Pre-heat the oven to 180oC and grease a loaf tin. Mix together the margarine, sugar, flour, baking soda and salt. Beat in the eggs then stir in the banana, nuts and worms. Cook for 45 minutes – 1 hour (until a skewer comes out clean).

Roast the crickets for about 15–20 minutes at 180oC until golden. Then cover in melted cooking chocolate (melt over water) then let them cool on grease proof paper.