Tobias Thornes in Environment on 18 January, 2014. 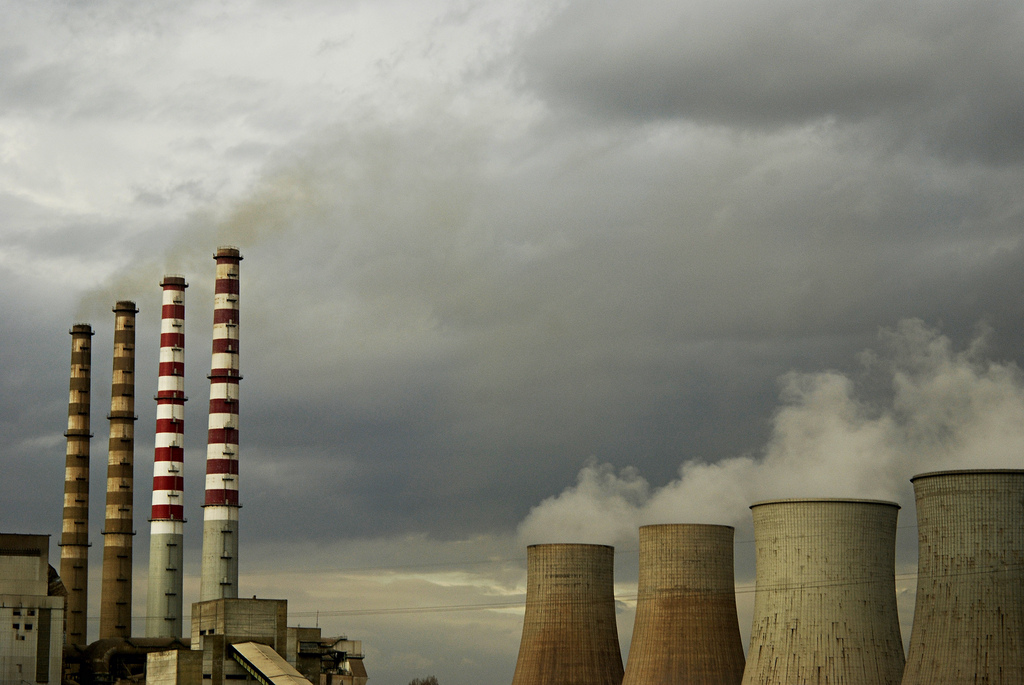 The smoke still pours: But how much damage has already been done?

Economic recession has produced mixed results when it comes to combatting dangerous climate change. Whilst the reduction in economic activity has allowed greenhouse gas emissions to naturally rise less rapidly than otherwise in the richer countries of the world, economic woes have also allowed the environment to be mistakenly moved out of the focus of public concern, meaning that emissions may again accelerate in the future. For the new year of 2014, we present our first report summarising the current extent of the world’s most pressing problem and human responses to it.

Planet Earth’s average atmospheric temperature is now 0.6 degrees Celsius higher than it was in 1951, the standard climate change baseline. However, since 1998 this temperature has been rising less rapidly than previously, by around 0.04 degrees per decade, as opposed to the 1951–2012 average of 0.11 degrees per decade, despite a dramatic rise in greenhouse gas emissions over this period. In 2013, recorded carbon dioxide levels topped 400 parts per million for the first time. This has led some climate-change sceptics to posit that the previous warming was due to natural variability.

But in fact 1998 was an unprecedentedly warm year, and since then numerous small volcanic eruptions have allowed a larger than average proportion of the sun’s light to be reflected into space and solar activity has undergone a particularly prominent minimum as part of its 11-year cycle. Most importantly, frequent ‘La Nina’ conditions in the Pacific Ocean, under which predominant westerly winds drag cool water to the surface, have allowed the oceans to absorb an especially large proportion of the heat trapped by the greenhouse gasses we have emitted, slowing down atmospheric warming. Overall, 94% of this heat trapped since 1971 is estimated to have been absorbed by the oceans and 4% by the land and melting ice, leaving just 2% contributing to the atmospheric warming we perceive.

Thus, despite the slowdown, the Intergovernmental Panel on Climate Change (IPCC) is now more confident than ever that human emissions are to blame for global warming. In its most recent report of September 2013, the IPCC expressed a 95% certainty that climate change is anthropogenic, up from 90% in the previous report. The most important evidence in favour of this is the continued increase in the rate of average sea-level rise, which has reached 3 mm per year as a result of melting ice and the expansion of seawater as it warms. The panel now believes that increased cloud-cover will have a positive feedback on temperature, but is still uncertain about the likely extent of Antarctic melting.

Climate change is already having dramatic effects on weather systems around the world. In Australia, bushfires were earlier and fiercer in 2013 than at any time since the 1960s, whilst the USA has experienced regions of severe drought, followed this winter by unprecedented cold. Storms such as typhoon Haiyan have devastated communities in many parts of the world. Whilst any of these extreme events could occur without climate change, that they are becoming ever more numerous and extreme is an indication that disruption to weather systems such as the Jet Stream and rising ocean surface temperatures, induced by the additional trapping of heat by greenhouse gasses from humans are responsible. The forecast is, therefore, that if emissions continue over the coming decades these extreme phenomena will become more and more prevalent across the world.

Sea levels will rise over the coming century, even if emissions stop immediately, as the oceans exhibit delayed warming. As they warm, their capacity to absorb heat is expected to fall, so that more will remain in the atmosphere and extremes in weather and ice-cap melting will accelerate. Ocean winds are also expected to grow stronger, though, which may partly counteract this effect. The warming and extreme weather to be experienced by any particular locality at any particular time cannot, at present, be forecast, but in all parts of the world climatic change will displace and critically endanger people and ecosystems alike.

World carbon dioxide emissions continue to rise, and no global treaty to impose binding limits is forthcoming. With Kyoto Protocol commitments now expiring, in some respects the prospects for achieving no more than 2 degrees of warming by the end of the century, the IPCC target, look bleak. In Australia, a vehemently anti-environmental government has scrapped the country’s Climate Commission and carbon tax, denying any link between the recent bushfires and climate change. In India and China, new coal-fired power plants are still being built, and Mexico and Nigeria are both hoping to profit extensively from their as-yet underexploited oilfields. Whilst the USA continues to produce many more emissions per capita, China’s total emissions are now the largest in the world, and these other poorer countries are catching up. Meanwhile, Japan recently slashed its emissions-reduction target to 3% rather than 25% cuts relative to 1990 by 2020.

In the UK, the government continues to afford climate change mitigation little priority. New nuclear power plants will not come into use for decades, and support for solar and onshore wind initiatives have been cut whilst ‘fracking’, which will involve the extraction of polluting fossil fuels as well as significant local environmental impacts, is being encouraged.

However, there is cause for optimism. China has committed itself to reducing the carbon-intensity of its future development and is investing its resources into the development of renewable and nuclear plants to replace coal in the future. The USA has slashed its carbon dioxide emissions in recent years whilst continuing to exhibit economic growth, suggesting that the two can be severed from one another, but much of this has been as a result of burning gas from ‘fracking’, and some reports suggest that the amount of methane – a yet stronger greenhouse gas – leaking from fracking wells has been previously underestimated. There are also hints that the rich world may finally take responsibility for climate-change induced natural disasters elsewhere, which serve to block the path to prosperity for poorer nations.

Any modest emissions cuts made so far have largely derived from countries switching existing supplies of electricity to more renewable sources and making energy efficiency improvements. To avert dangerous climate change, though, we will need to see more everyday behavioural changes than have been witnessed to date, with individuals and businesses going out of their way to embrace more environmentally sustainable living. Unless such change can take hold across a large part of the globe, the outlook for our future prosperity will be bleak.